In an earlier essay, Homo Implacatus, we explored certain unavoidable consequences of the fact that our beloved habitat Earth has now entered the Anthropocene era.

Although “wise guys” do not normally read such essays, it is possible to imagine a wise guy asking: “So what, eh? What does all that mumbo-jumbo mean in practical terms, eh?”

[Have you noticed that “wise guys” are always talking about “practical terms” – being totally blind to anything other than “which side of the bread is buttered”?]

Fortunately, however, we do have an answer for all such “wise guys”.

Even in the most difficult and the most trying situations, the only rational option is to remain mindful and keep bravely to the right path. Faith and patience are crucial; or, as some would put it, “God brought you to it, and God will take you through it.”

In difficult times, one must adapt, be creative, be lively, be economical, and be community minded rather than a rogue individual. All these are eminently “practical terms”.

Let us consider examples from the animal kingdom. Butterflies are lively, beautiful – and also extremely useful as a crucial part of their ecosystem. Their survival has been ensured, over hundreds of millions of years, by their being integrated into their ecosystem.

Dinosaurs, on the other hand, were slow, uneconomical, and probably almost useless to their ecosystem. Unlike butterflies, dinosaurs have disappeared from the scene. One can imagine a naughty mouse nibbling at a dinosaur’s tail, and the large beast reacting only after half an hour or so – while ruminating over the heavy meal ingested a few days earlier.

Why would a healthy ecosystem keep such behemoths around? When a species is “at the top of the food chain”, it is also the least useful to its surrounding ecosystem. Technically, such a species may not be dubbed a “parasite” – but surely it does behave like one!

Laws of nature are immutable, inexorable and universally applicable. There are no exceptions. The struggle for survival does not cease for a moment. The key question is: What is the most efficient and effective way to live in harmony with nature?

This is where so-called “emperors” seem to get everything horribly wrong. The feeling of being an “emperor” seems to squeeze out all clarity from a person. This is what history has shown time and again – hubris, moral blindness, overreach and then fall. While historians debate endlessly about when and how a certain deadly battle was fought – they do not tell us about the perverted and horrible state of mind of the warmongers.

Greed, lust and arrogance drive out reason. Lackeys are the least creative and the most dishonest of people. While they play along with the emperor’s whims and quirks, each one of those cunning and lying rascals has an axe to grind – sometimes singly, but usually in a secretive cabal. Not one of them cares for “the beloved country” or “the beloved emperor”. In such a gathering, can the right decisions ever be made?

The answer is obvious: NO! This is simple common sense. It does not take a “TV expert” or a “rocket scientist” to figure this out!

A deluded person cannot face reality; psychologically, that is not an option. Therefore such a person must sink ever deeper into worsening cognitive disassociation. The equanimity essential for calm analysis and decision-making is conspicuous by its absence.

In a world marked by cognitive disassociation, is there a rational option?

As long as there is reason, there has to be a rational option; and the first step has to be this: Understand clearly the problem.

The following may seem to be a triviality, or perhaps a tautology, but it is also a tough dilemma of human nature: The promise of attaining durable peace goes hand in hand with the challenge of having to countenance the horrors of human nature.

Clarity and reason demand that we question the grandiose pretensions of ALL so-called “empires” and “civilizations” which are heedless of overall human welfare. This can be done without naming names, letting accurate descriptions do the work of proper nouns. Truth spreads at ground level, well under the deluded radar of the “emperor types”.

Obsessive and ostentatious pursuit of power and sense pleasures is driven by deeper feelings of inadequacy and insufficiency, which is magnified by the social milieu. Therefore one must question the messages that are thrown at us non-stop through megaphones. Most of these messages are only means of misguiding citizens with a view to exploit them.

What the “emperor types” seem to miss is that if one values only a single aspect of life – say power or sense pleasure – then one doesn’t value life.

Life cannot be defined as a sum of its parts; it is not subject to the laws of physics and mathematics. It is foolish to obsess over one part of life while missing out on the priceless gift of life itself. Sadly, neither the “emperor types” nor their lackeys seem to get this.

History has proven abundantly that deluded power-mongers – a.k.a. avatars of Satan – tend to depart rather abruptly when their time is up. It may not be written in any “holy book”, but the fact is that a deluded state of mind is somewhat unstable.

Meanwhile, it is a rational choice – and also common sense – to protect oneself from impending tragedies, man-made or otherwise. The power-drunk do not listen to reason, and preaching to them makes about as much sense as preaching to an oncoming tsunami.

Fortunately, there are and there will always be people who seek the rational option, who shirk from the mad games of power. Gautam Buddha had this way of referring to the few in society who would listen to his message: “Those with little dust in their eyes”.

Can butterflies help us?

Of course they can help us enormously in the simplest and the most natural of ways. Watch carefully how well these beautiful creatures are integrated into nature, how sensitive and lively they are, and how they enrich nature even while happily partaking of its riches.

There is so much to learn from butterflies which we overlook in our “all too human” arrogance and mad rush. But quite possibly there may also be another way in which butterflies can help us.

In highly non-linear systems, a small change at one point can bring about a huge change elsewhere. This is known as “the butterfly effect” – the metaphorical idea being that a butterfly flapping its wings in, say, Beijing may cause a downpour in, say, Europe.

If that is indeed mathematically possible – and the mathematicians do assure us that it is – then why can we not hope for the following miracle of highly non-linear systems?

A butterfly flaps its wings in, say, Beijing. As a result, and due to the highly non-linear nature of the planetary ecosystem, hundreds of millions of butterflies around the world also flap their wings. Soon many other species of melodious birds join in with their own harmony.

All beings on Earth marvel at this incredible natural phenomenon.

Observing at first hand this miracle of nature, all the extant avatars of Satan – deadly warmongers and criminals, in other words – experience a change of heart. The craggy old one with the bushy moustache resigns, repents publicly of his evil ways, and has himself clean-shaven. He walks into a Buddhist monastery, his bald head shining in the sun.

Soon thereafter, a huge conference on world peace is held in the Middle East. Heads of all the 200+ countries of the world renounce violence and commit to switch their “defence budgets” to education and infrastructure – the best defence against anarchy. The 200+ heads of state sing in unison, with live telecast: “Make mankind whole again!”

While all this may sound far-fetched, is it not also true that truth is stranger than fiction? Let us see if truth can keep up with such boundless optimism!

Therefore, dear butterflies, please flap your wings like you have never flapped them before! You may be the only hope for Homo Implacatus. 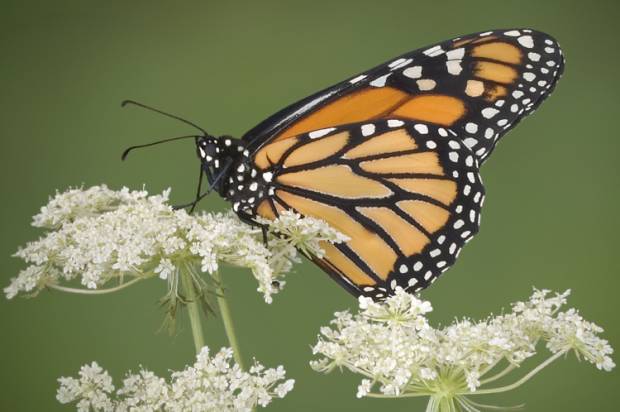 Anticopyright: Editorials and articles originated on TMS may be freely reprinted, disseminated, translated and used as background material, provided an acknowledgement and link to the source, TMS: Dear Butterflies, Help!, is included. Thank you.