We urge all those who can to attend the rally outside Belmarsh Prison on Saturday, September 28 at 2 p.m. The rally has been called by the Julian Assange Defence Committee (JADC) to demand Assange’s freedom from the high-security jail in London.

Last week, the British judiciary again displayed its class prejudices when District Judge Vanessa Baraitser ruled that WikiLeaks founder Assange will remain in prison, even though his custodial sentence for “absconding” bail expires on September 22. He will be kept in prison for months, ahead of a planned extradition trial in February, after which he faces being railroaded to the United States. There, for exposing American war crimes, he faces 175 years imprisonment under Espionage Act charges.

As the World Socialist Web Site has explained, far from “absconding” Assange had “exercised his right, protected under international law, to seek political asylum in Ecuador’s London embassy. He did so after British courts ruled that he would be extradited to Sweden to ‘answer questions’ over manufactured and politically motivated sexual misconduct allegations.” 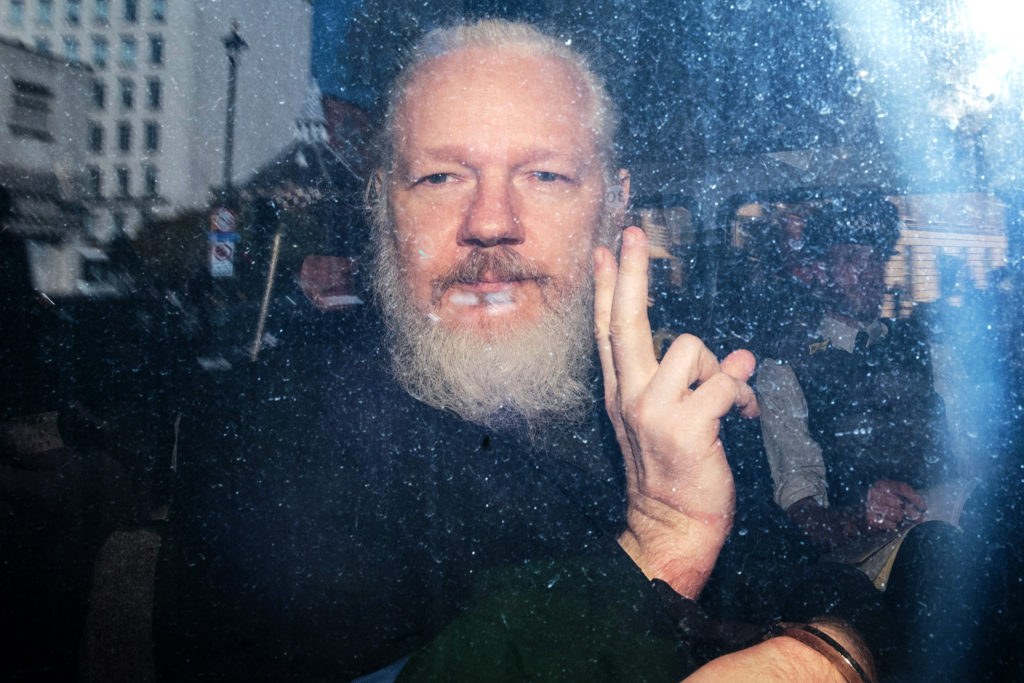 The court ruling received widespread press coverage, yet the many protests and demonstrations globally supporting Assange and demanding his release are subject to a media blackout. The impassioned defence of Assange by his friend and supporter, actress Pamela Anderson, recently in a US TV interview, like the forthright comments of world famous fashion designer Vivienne Westwood, received no coverage in any leading media outlet in Britain, the US or Assange’s home country, Australia.

WSWS reporters spoke to Emmy Butlin, a member of the Julian Assange Defence Committee (JADC), about the upcoming protest.

She said of the recent court appearances after which Assange was jailed,

“According to Judges Snow and Taylor, Julian Assange has committed a crime, skipping bail. I do not agree with that interpretation of the law. I believe seeking and obtaining political asylum to prevent political persecution is wholly legitimate. This government already signed off on the extradition of Julian Assange, refusing to recognise as political persecution the US indictment, legitimising it. Such a descent into authoritarianism belongs to the far-right and should be rejected by democratic forces of this country.”

Asked about the blackout of the Assange case in the mainstream media, Butlin said,

“It indicates to me that there is no separation of power between the executive and what we call the fourth estate, the press, in British public life. Julian Assange’s WikiLeaks work has profoundly challenged the ethical standards of publishers and journalists. It is not difficult to understand how holding up a mirror to that establishment has not gained him many friends. Still, his persecution and prosecution is an existential threat for publishing and the journalistic profession.

“Cow-towing to those in government who took pride in masterminding the cancellation of Julian Assange’s political asylum by Ecuador and keeping quiet about efforts to defend this man is indicative of fear. The defence of Julian Assange will grow despite this silence because it is the healthy reaction of a society that has recently become more vocal in expressing its political opinions.”

The WSWS asked Butlin about the role of Boris Johnson, who took over from Theresa May as prime minister after Assange was sent to Belmarsh. Johnson was mayor of London until May 2016 and oversaw a multimillion-pound operation to surround the Ecuadorian Embassy with police, tasked with arresting Assange if he ever stepped outside. Making clear his continued support for Assange’s persecution, Johnson tweeted in April to congratulate the UK foreign office for their role in the police operation on the day they dragged Assange out of the Ecuadorian Embassy.

“Now that the Conservative government has Julian Assange where they want him, in the hands of law enforcement, with the British judiciary in charge of interpreting and applying a US/UK political agreement regarding extradition under the guise (complete with wigs and gowns) of delivering justice, Mr. Johnson does not need to say or do anything.”

Emmy was asked her views on the protests held around the world organised by the World Socialist Web Site and SEP for the building of a Global Defence Committee, including meetings in India and campaigns among students in that country this month. She replied, “It is a hopeful sight to see people around the world uniting in defence of our common values. WikiLeaks’ work is truly internationalist and the support organised by the SEP Global Campaign and WSWS reflects this.

“The results of SEP members working hard to secure Julian’s release are an example for others to follow. In particular, I would like to praise the SEP UK who, since more than a year ago, have joined every rally organised by JADC. They have attended, helped, advised and worked together with others selflessly and effectively. It is a pleasure to be walking together in this journey of support for Julian Assange in the UK, but also Chelsea Manning in the US, the WikiLeaks whistle-blower who is currently incarcerated in a punitive way to coerce her to give testimony at the WikiLeaks grand jury.”

Help to publicise this important protest, share the article as widely as possible on social media and with friends, family and colleagues.