Nestlé and the Privatization of Water 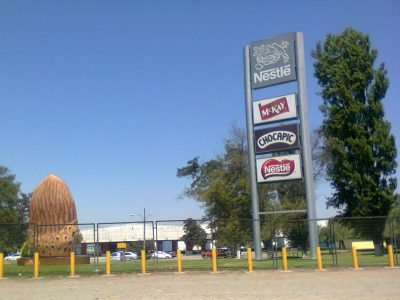 27 Aug 2019 – Last February, the Government of Switzerland announced the creation of a Foundation in Geneva, under the name ‘Geneva Science and Diplomacy Anticipator’ (GSDA). The purpose of this new foundation is to regulate new technologies, from drones and automatic cars to genetic engineering, which are examples mentioned by the Swiss Foreign Minister Ignazio Cassis at the public launch of this initiative. According to Cassis, new technologies are developing very fast and this Foundation must ‘anticipate’ the consequences of these advances for society and politics. The Foundation will also be a bridge between the scientific and diplomatic communities, hence its strategic placement in Geneva, which houses several international organizations, from the UN to the World Trade Organization.

The Swiss Foreign Ministry will contribute 3 million Swiss francs – just over 3 million dollars – to the Foundation’s initial phase from 2019 to 2022. The city and the Canton of Geneva will each contribute 300,000 Swiss francs for the same period and contributions from the private sector are also expected.

As President of this new Foundation, the former CEO of Nestlé, Peter Brabeck-Letmathe was chosen. The Vice-President is Patrick Aebischer, the former President of the Lausanne Federal Institute of Technology – EPFL is the French acronym. Patrick Aebischer has also been a member of the Nestlé Health Science Steering Committee since 2015, founded in 2011 by Nestlé and located right on the EPFL campus. 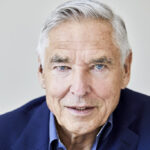 The choice of Peter Brabeck and Patrick Aebischer – both with strong connections to Nestlé – to run this new foundation has a very clear rationale. It primarily represents the recognition of Nestlé’s power within the Swiss Government – a former Nestlé CEO is, by definition, competent to drive this initiative. More upsettingly, Peter Brabeck’s choice is yet another example of the ever-closer “partnership” between governments and large transnational corporations, leading to the establishment of an international corporate oligarchy that is gradually taking over power within Western democracies.

Amply documented, Nestlé as a private corporate entity has battled various form of State regulation, the best-known case being the regulation of infant food marketing standards, particularly milk powder. The conflict between Nestlé under the direction of Peter Brabeck and the IBFAN – International Baby Food Action Network – is well known. (See the Muller report)

But the biggest irony – and the biggest danger – is that Brabeck’s choice to chair this Foundation indicates that the real purpose of this initiative is precisely to prevent any form of regulation by the government that might impose  limits on profits from the technological advances of the private sector.

Just a few months after the launch of this new Foundation, the Government of Switzerland announced that Christian Frutiger, Nestlé’s current Global Head of Public Affairs, will soon take over the Vice-Presidency of the Swiss Agency for Development and Cooperation – SDC – which is the Swiss Government Agency responsible for development aid projects in other countries. Another example of the growing collaboration between the private sector and the government, but this time in a much more sensitive area: development cooperation. 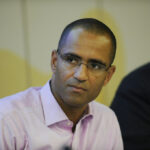 This constitutes yet another example of the growing influence and presence  of Nestlé within the Government of Switzerland. This presence is neither new nor recent, and it is important to remember that the SDC not only supported the creation of the Water Resources Group – WRG – the initiative of Nestlé, Coca-Cola and Pepsi to privatize water, topics on  which I’ve written a few articles – (see this) as the SDC Director himself is a member of the WRG Governance Board.

The contradiction of the fact that Switzerland has one of the best public sanitation and water distribution services in the world, but uses Swiss citizens’ tax money to support water privatization in other countries through the SDC partnership with Nestlé, does not seem to be a problem.

The budget of Switzerland’s international cooperation for the period 2017-2020 is around 6.635 billion francs – a little over 6.730 billion dollars. As Deputy Director, Christian Frutiger will have a great deal of influence over decisions regarding the application of part of this budget. Most importantly, as Deputy Director, Frutiger will be directly responsible for the SDC’s ‘Global Cooperation’ Division and for the WATER program. Christian Frutiger started his career at Nestlé in 2007 as a Public Affairs Manager after working at the International Red Cross.

In 2006, Nestlé’s “Pure Life” bottled water brand became its most profitable brand and in 2007, with the purchase of the Sources Minérales Henniez S.A. group,

Nestlé became the leading company in bottled water within the Swiss market. In 2008, just a decade after its release, “Pure Life” became the world’s top-selling brand of bottled water. Within this context, it was only natural that Christian Frutiger’s work at Nestlé should focus on the topic of WATER.

In 2008, the Nestlé espionage scandal broke out in Switzerland. A  Swiss TV journalist denounced in a program that Nestlé hired security firm SECURITAS to infiltrate spies within Nestlé-critical groups within Switzerland, particularly the ATTAC group. Proven espionage took place between 2002 and 2003 but there is evidence of spying until 2006. ATTAC filed a lawsuit against Nestlé and SECURITAS, and in 2013, the Swiss court finally condemned Nestlé for organizing this espionage operation, indicating the involvement of at least four company directors in the operation.

The fact that Nestlé organized an illegal espionage operation within Switzerland and was condemned by the Swiss courts for doing this had no effect on the company’s relations with the Swiss Government and especially with the Swiss Agency for Development and Cooperation, as one would expect. No one asked Nestlé’s CEO Peter Brabeck then if his company was capable of such actions within Switzerland itself, what could we expect from the behaviour of the same company in other countries of weaker democratic guarantees?

Infiltrating undercover agents under  false identitites to spy the ATTAC gorup is, to say the least, grossly unethical. But it seems that ethics was not one of the criteria that the SDC took into account when hiring Christian Frutiger who, throughout this episode, kept silent, never apologized to the people who were spied on by the company he worked for, and did everything to minimize the impact of the problem, which means that he complied with his employer’s lack of ethics. But the appointment of Frutiger as Deputy Director of the SDC points to much deeper and far-reaching problems, especially with regard to WATER, as it seems clear to me that his choice for this position is all about this topic.

Peter Brabeck’s appointment to chair the new foundation of the Swiss Government in Geneva and Christian Frutiger’s appointment as Vice-President of the Swiss Agency for Development Cooperation reveal a link between the private sector and the Swiss Government to deepen the privatization policies – especially water – and corporate control over public policies. But this articulation goes beyond the Government of Switzerland, it will take place above all at the level of the international agencies and organizations present in Geneva as Christian Frutiger will be responsible for the contacts with many of these organizations. These new roles also indicate that the transnational corporate sector is very consciously organizing and articulating itself at various government levels to ensure that its demands and policy proposals are met.

Not much reaction from the major Swiss NGOs should be expected in the face of all this, especially as SDC is the main financier of almost all of them, which explains the deep silence around Nestlé and its actions within Switzerland. A recent example of this silence occurred in Brazil at the World Water Forum held in Brasilia in March 2018. Since this Forum is in fact the Forum of large private enterprises,

During the Forum, 600 women from the Landless Movement occupied Nestlé’s premises in São Lourenço, Minas Gerais for a few hours, to draw attention to the problems caused by the company and the water bottling industry. None of these Swiss organizations expressed any solidarity with the Landless Movement, none condemned Nestlé’s practices, nor did they even mention on their return to Switzerland that this occupation had taken place. But HEKS/EPER and Caritas Switzerland claim to fight for the human right to water and “support” social movements – but not when they stand against Nestlé. In São Lourenço, located in the Circuito das Águas region in MG, and in many other places in Brazil, there are problems with Nestlé’s exploitation of water and citizen’s movements trying to protect its waters. HEKS/EPER has an office in Brazil but has never approached the groups that fight Nestlé in Brazil.

The SDC does not consider problems with Nestlé in many parts of the world – not just in Brazil – as a reason to re-evaluate its partnership with the company. There are very well-documented problems with Nestlé’s bottling operations and water pumping in the U.S.A, Canada, and France, for example – countries considered to be established democracies. What is common among all of these countries is that the governments always stand in favor of the company and against their own citizens. In the town of Vittel, France, the situation is absurd: studies by French government agencies indicate that the aquifer from which the Vittel population draws its water and from which Nestlé also collects bottled water as “VITTEL” is at risk of depletion. The aquifer is not in a position to withstand the long-term demands of the local population and Nestlé’s bottling company. The solution proposed by the French authorities: to build a pipeline about 50 km long to seek water in a region neighboring Vittel to meet the needs of the population – leaving Nestlé free to exploit the Vittel aquifer waters!

In Wellington County, Canada, a local group called Wellington Water Watchers was created to protect its waters from Nestlé exploration, which has the support of the local government to renew its permission to continue bottling water. In Michigan, U.S.A, the problem is similar. None of this seems to bother the Swiss Government, the SDC, or Christian Frutiger – and if such problems occur in these countries, what couldn’t happen in countries that are much more fragile in their social and political organization? As current Head of Public Affairs of Nestlé, Christian Frutiger has done his best to ignore completely the problems created by his employer in many countries.

As I write, Europe is suffering from an intense heat wave. There is water rationing in France, and fire hazards in many places. Big cities like Paris suffer from record-high temperatures never recorded before, and water consumption only tends to increase. On the other hand, glaciers are melting at an increasing rate and water is becoming increasingly scarce. Groundwater sources, many of them fossil water, are an important reserve for the future and should remain untouched. But the greed of bottling companies like Nestlé are acquiring more water sources. The picture is the same all over the planet – the remaining unpolluted waters are increasingly in the hands of a few companies.

In Brazil under the Bolsonaro government, the situation is even worse, with an environmental minister whose task is to facilitate the taking of Brazilian natural resources by foreign capital. It is important to remember that the main shareholder of the AMBEV group is the Swiss-Brazilian citizen Jorge Paulo Lemann, who has excellent communication channels with the Swiss Government. AMBEV is also part of the WRG which has already opened its first office in Brazil to support the privatization of SABESP, the public water company in the state of São Paulo. (see more here).

What is happening in Switzerland is just the tip of the iceberg – the visible part is the international articulation of big corporations, and the taking over of public space for political decisions by the world corporate oligarchy. We have to be vigilant and well organized to defend our waters, our earth and our society from the corporate attack on the common good.