Rwanda’s Victoire Ingabire: I Will Not Live in Fear of Prison or Assassination 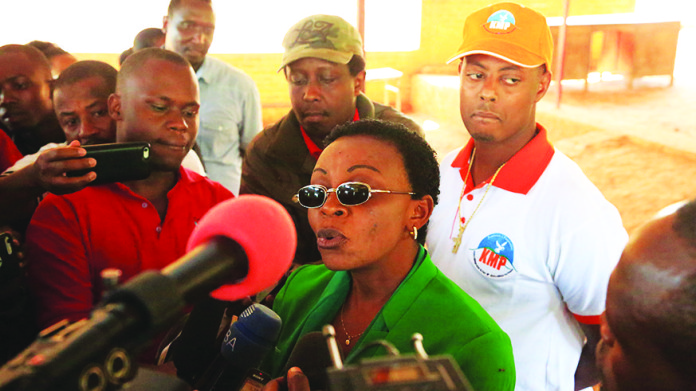 Victoire Ingabire speaks to the press upon her release from prison Sept. 15, 2018.

22 Aug 2019 – Human rights organizations and Rwandan opposition members have called on the Rwandan government to conduct credible investigations into the latest in a long line of suspicious disappearances and deaths in Rwanda, a longstanding ally and military partner of the US. I spoke to Victoire Ingabire, leader of the United Democratic Forces of Rwanda, about those her party has lost.

In 2010 Ingabire returned home from the Netherlands to Rwanda to run for president against incumbent autocrat Paul Kagame. Kagame’s government did not allow her to run or register her party and instead arrested and imprisoned her in October of that year.

Although she adamantly advocates nonviolence, the government accused her of conspiring with a terrorist group and encouraging Rwandans to rise up. It also accused her of “genocide ideology,” which means disagreeing with Rwanda’s legally enforced history of its 1994 massacres and genocide.

Ann Garrison: Victoire, there have been many suspicious deaths and disappearances of politically dissident Rwandans and Rwandan journalists inside and outside the country for many years. Could you tell us about those that have taken place just since your release last September?

Victoire: Before I was released, all nine members of my political party’s executive committee were arrested and imprisoned. Then, when I left the prison in September last year, it was with the hope that Rwanda had entered a new era in which President Kagame’s government was ready to open up political space and release all prisoners of conscience. I was quickly disappointed because Boniface Twagirimana, the vice president of my party, disappeared in prison only a few weeks after my own release. He has now been missing for 314 days.

Five months later, my young assistant, Anselme Mutuyimana, was murdered. He left here on the morning of March 7, and the next morning his body was found in the forest, not too far from his parents’ home. On July 15, Eugene Ndereyimana, our representative in the east of the country, disappeared on his way to meet Rwandans who wanted to join our party in the northeast. He has now been missing for 34 days.

The Rwandan Investigations Bureau still has not told us what happened to our missing members. It is as though they have simply vanished.

Ann: And do you yourself feel afraid of being assassinated or returned to prison? 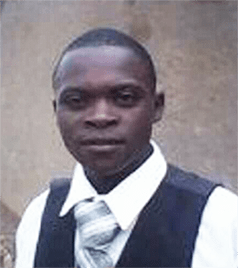 Am I afraid of returning to prison? I am not afraid. I will stand fast for democracy in my country, and it is up to the government of Kagame to open up political space.

Ann: Is it true that the government refuses to allow you to leave Rwanda to visit your family, including the two grandchildren you have yet to meet?

Victoire: Last June I sent a letter to the Minister of Justice because he is the only one who can give me permission to leave the country to visit my family. And I have not received any answer from him. I am still waiting.

Ann: What do you want the government to do about the suspicious disappearances and the unsolved murder of your young assistant, Anselme Mutuyimana?

Victoire: My assistant Anselme and those missing since September are not the only martyrs. Another is Habarugira Jean Damascène, whose body was dumped at a mortuary in Nyamata, in the east of our country in 2016. There has still been no arrest for his murder either. I want the government to show us who killed all these members of the opposition in Rwanda and what happened to those who have disappeared.

Victoire Ingabire is the leader of the United Democratic Forces of Rwanda (FDU), and author of Between the Four Walls of the 1930 Prison.