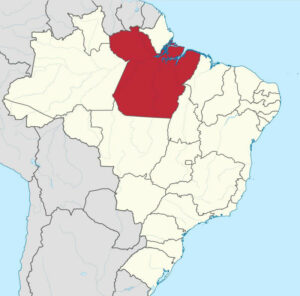 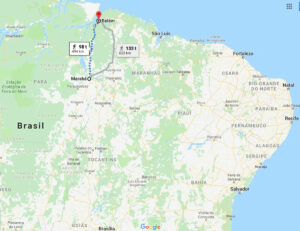 Our 33rd Annual Human DHS Dignity Conference in Brasil was unlike any other we had before! The conference took place at the time when the Amazon had just been set on fire (starting for full on 10th August 2019) and everyone was in a state of anxiety, alarm, and emergency. Because of the environmental emergency, the conference didn’t take place in a fixed location. Instead it unfolded as a ‘caravan conference’, where the conveners went to the participants to engage in dignity dialogues. This mobile methodology allowed our efforts to be responsive to the conditions on the ground, sometimes changing course from minute to minute.

Thus it became a fluid conference, like a river that always finds its way. We began our conference on 28th August 2019 in Marabá, the ‘gate to the industrialisation of the Amazon’, and we concluded it in Belém, a place of immense cultural diversity, visionary history, and indigenous roots, on 7th September.

Not only the forest had been set on fire, also important institution were being set ‘on fire’ while we had our conference, albeit in a different way, such as the federal university of the city of Marabá that was scheduled to close down due to funding being cut. In this dire situation, we attempted to be as supportive as possible and carry out a caravan of dialogues in as dignified and dignifying ways as possible.

We had the great privilege of learning from the true experts of sustainable dignifying life, namely, those who know how to live with the rainforest, rather than against it — we admired the knowledge of a fishing community and a gardening community. We also had the privilege of speaking at the City Council of Marabá, we went to schools and the university (as it was still open for the last days). In Belém, we were honoured by being invited into the Legislative Assembly of the State of Pará on World Amazon Day on 5th September.

The main local conveners in Marabá were Dan Baron and Manoela Souza, who reside in Marabá, and Gabriela Saab from São Paulo, who was also the host of the WhatsApp group for the conference. In Belém, our local convener was Sandro Ruggeri. Evelin Lindner came from outside of Brasil.

This region of the Brazilian Amazon has the greatest biodiversity and concentration of iron ore and drinking water in the world. But it also has the world’s highest statistic for murdered activists and contains the most violent cities (genocide of black youth and extreme abuse of women), with the worst high school education in Brasil (Dan Baron, 10th January 2018).

My name is Evelin Lindner. I am the founding president of Human Dignity and Humiliation Studies and a co-founder of the World Dignity University initiative. I am also a member of the TRANSCEND Network for Peace Development Environment. You see my background HERE and my books, chapters, and articles HERE. I design my life as a global citizen to develop Human DHS truly globally. In my writing, I attempt to draw together the core aspects of academic inquiry in various fields and reconstruct them from the perspective of dignity and humiliation. As for my books, so far, I have done so with war, genocide, and terrorism (2000, 2017), international conflict (2006 and 2009), gender and security (2010), and economics (2012).