Blood on the Stone: An Oxford Detective Story of the 17th Century

Review of Blood on the Stone by Jake Lynch (Unbound, 2019) 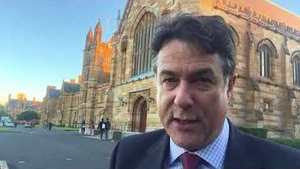 4 Oct 2019 – In late March 1681 King Charles II travelled to Oxford with his Court, including his wife and two favourite mistresses (one Protestant, one Catholic), and his political councillors, escorted and protected in style by the Royal Horse Guards. Hoping to evade the public turbulence and lack of control in London, and raise money as well as manage the pressure for the passage of an Exclusion Bill to remove his brother James (a Catholic) from succession to the throne, he had convened a new session of Parliament there. The MPs and Lords due to sit in Parliament, their confidants and opponents, and hordes of less savoury plotters and troublemakers, also converged on Oxford. Thus the ancient University City, which already had its own ‘town versus gown’ tensions, became the focal point of the current maelstrom of English political fanaticism, religious bigotry, treasonous plotting, rabble rousing pamphleteering, mob oratory, and crowd violence.

This is the historical setting for Jake Lynch’s novel of peace keeping and law enforcement. Luke Sandys, Chief Officer of the Oxford Bailiffs, as well as having to handle a host of local issues and aggrieved citizens, had to advise on and assist with the King’s security, solve the murder of a fanatical anti-Papist MP, head off ‘an attempt to impose rule by mob’ and find the missing (secretly-practicing) Catholic widow for whom he (though married) had amorous intentions. As a former University undergraduate and current City official, Luke had wide local experience and contacts, but even he found himself dragged into entirely new knowledge and circumstances. His chief allies and confidants were the large, down-to-earth, and reliable Constable Robshaw, and his brother Ed, a Captain in the Royal Horse Guards.

As an undergraduate student two decades earlier, Luke had attended the meetings of the ‘Natural Philosophy club’ at Wadham College, and embraced what became known as the Scientific Revolution. He believed in applying the principle of ‘making deductions from evidence that could be seen and demonstrated’ to ‘his own inquiries into crimes in Oxford’. When discussing the flimsy ‘evidence’ for the ‘Popish Plot’ (a fabricated story alleging Jesuits planned to murder the King and re-establish Roman Catholicism in England), Ed pointed out that ‘politics’ didn’t work like scientific ‘Wadham experiments’: ‘Circumstances alter cases: something is evidence if enough men say it is.’ In reply, Luke laid out his rules for handling all cases: ‘— let our minds conform to the facts. That’s how I’ve always tried to work. At least then we don’t hang the wrong man. Well, not very often.’ Throughout the novel, Luke’s methods govern all his actions. He believed in preserving physical evidence as intact as possible, examining it with scientific instruments when appropriate, always putting his faith in ‘the principles of evidence and deduction he had learned in his own student days.’

The narrative advances rapidly, in a series of seventy-two short, sharply-focussed chapters. Interspersed with the action are plenty of scenes depicting characters and their attitudes from various different and often contending groups – military, political, academic, governing, bureaucratic, business, working, mischief-making, idling and so on – and the routine activities of town and country life. Layers of fine historical, architectural and personal detail bring both the City of Oxford and the characters (both historical and fictional) alive. There are constant contextual references to the Civil War, the Roundheads and Cavaliers, the Commonwealth and Restoration, and the on-going issues of religion, politics, foreign influence, finances and citizens’ rights. And to the dangers of ‘Popery, Superstition, Idolatry and Cruelty’, to quote one rabble-rousing missive being distributed.

A very useful ‘Historical Note’ at the end of the novel explains how the factual and the fictional components complement one another. The blend between the two elements is seamless, and adds greatly to the twists and turns of the plot. However, a few additions would enable readers to understand and enjoy both the historical contexts and the live action more fully. Several maps – of England and places mentioned, of the County of Oxfordshire, and of Oxford itself – would be useful supplements. Indeed, Luke used David Loggan’s closely-detailed bird’s-eye view of Oxford, published by the University in 1675, in the course of his duties. He laid out for the Commanding Officer of the Foot Guards, who were providing security, the safest route for the Royal party (in more than a dozen carriages) to travel from their quarters in Christ Church to the Sheldonian Theatre to watch a play. In addition, an historical timeline of recent English history, in which the City of Oxford would feature prominently, and separate lists of the ‘real’ and the fictional characters, and possibly even a glossary of some of the more abstruse terminology, would help keep track of the novel’s complex historical setting.

As the plot thickens, with false leads, evidence tampering, secret notes in tachygraphy (shorthand), revelations of treasonous dealings and a plot for ‘mob’ violence and a spectacular public religious murder, the pace and sense of danger accelerate. Luke gains assistance from a shadowy character called Tom, an intelligence officer working for the King’s Lord Chancellor, who reveals secret payments by emissaries of the King of France attempting to manipulate English politics for his own ends. Tom also gave Luke ‘a short course in the ways and means of political chicanery.’

This in a way goes to the heart of the novel. ‘Blood on the Stone’ clearly and deliberately resonates with the current techniques of ‘political chicanery’, such as ‘fake’ news, bombastic oratory, ‘truthiness’, foreign interference, blatant hypocrisy, non-stop thought bubbles, influence peddling, conspiracy theories, cruelty as policy, incitement of racism, sexism and violence, and religious bigotry. Opposing these are the search for ‘truth’ and ‘justice’, through systematic and impartial procedures, application of the principles of natural justice, implementation of international covenants, humanitarian law and human rights, evidence-based deduction and policy, respect for science and scientists, civil public discourse, political honesty and simple tolerance. As an Associate Professor of Peace and Conflict Studies at the University of Sydney, Jake Lynch is well aware of all these issues. He has produced both a gripping historical novel and a scholarly tome for the times.

Dr Ken Macnab is an historian and President of the Centre for Peace and Conflict Studies (CPACS) at the University of Sydney.

Associate Professor Jake Lynch chairs the Department of Peace and Conflict Studies at the University of Sydney. His debut novel, Blood on the Stone: An Oxford Detective Story of the 17th Century, is published by Unbound Books. Jake has spent 20 years developing and researching Peace Journalism, in theory and practice. He is the author of seven books and over 50 refereed articles and book chapters. His work in this field was recognised with the award of the 2017 Luxembourg Peace Prize, by the Schengen Peace Foundation. He served for two years as Secretary General of the International Peace Research Association, having organised its biennial global conference in Sydney, in 2010. Before taking up an academic post, Jake enjoyed a 17-year career in journalism, with spells as a Political Correspondent in Westminster, for Sky News, and the Sydney Correspondent for the Independent newspaper, culminating in a role as an on-screen presenter for BBC World Television News. Lynch is a member of the TRANSCEND Network for Peace Development Environment and advisor for TRANSCEND Media Service. He is the co-author, with Annabel McGoldrick, of Peace Journalism (Hawthorn Press, 2005), and Debates in Peace Journalism, Sydney University Press and TRANSCEND University Press. He also co-authored with Johan Galtung and Annabel McGoldrick ‘Reporting Conflict: An Introduction to Peace Journalism,’ which TMS editor Antonio C. S. Rosa translated to Portuguese. His most recent book of scholarly research is, A Global Standard for Reporting Conflict (Taylor & Francis, 2014).