1 Oct 2019 – The long-delayed impeachment proceedings against Donald Trump are finally starting, but at present the focus is on a relatively minor crime–the Ukraine/Biden scandal. However, Trump has committed (and is still committing) major crimes and these ought to be in the spotlight. Let us look at a few of them.

Let’s Look at His Major Crimes, Rather than at Minor Ones

There is so much wrong with Donald Trump that one hardly knows where to start. He is a bully, braggart, narcissist, racist, misogynist, habitual liar, and tax evader, in addition to being demonstrably ignorant and accused of rape by many women. He has contempt for both domestic and international law, as well as for the US Constitution.  In the words of Michael Moore, he is a “part-time clown and full-time sociopath”. However, it is Trump’s climate change denial, withdrawal from the Paris agreement, and sponsorship of fossil fuels that pose the greatest threats to the future of human society and the biosphere. The general support of the Republican Party for the fossil fuel industry is the reason why Prof. Noam Chomsky has called the party “the most dangerous organization in history”. 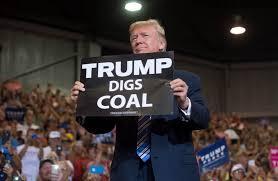 In a recent article, climate expert Dr. Andrew Glickson wrote: “The train has left the station and global heating is advancing toward +2 and then toward +4 degrees Celsius, as projected by the IPCC and in the words of Joachim Hans Schellnhuber, Germany’s chief climate scientist, signifies the breakdown of civilization. Largely ignored or watered down by much of the mainstream media , betrayed by most political parties, including those who used to regard climate change as ‘the greatest moral issue of our time’, the population continues to be distracted by bread and circuses. Nowadays even some of the Greens appear to consider plastic bags and the tampon tax as greater vote winners than the demise of the biosphere.”

Why did Professor Noam Chomsky call the US Republican Party “The most dangerous organization in the history of the world”? In the primary that preceded the 2016 presidential election, every single Republican candidate with a chance of being nominated was a climate change denier. All received amazingly generous checks from giant fossil fuel organizations. When elected, Donald Trump not only pulled the United States out of the Paris Agreement; he also sabotaged the Environmental Protection Agency to such an extent that the carefully collected facts on climate change that the agency had accumulated had to be secretly saved by scientists to  prevent their destruction by the Trump administration. Furthermore, Donald Trump not only subsidizes giant coal corporations. He also has sabotages renewable energy initiatives in the United States. This is a major crime. It is a crime against humanity and a crime against the biosphere. 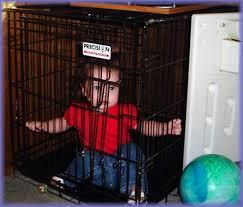 Here are some excerpts from the written testimony of Clara Long, Deputy Washington Director (Acting) Senior Researcher, US Program Human Rights Watch. The testimony was submitted to the U.S. House Committee on Oversight and Reform for a hearing on July 19, 2019:

“Our in-depth interviews with children revealed that the US Border Patrol is holding many children, including some who are much too young to take care of themselves, in jail – like border facilities for weeks at a time without contact with family members, or regular access to showers, clean clothes, toothbrushes, or proper beds. Many were sick. Many, including children as young as 2 or 3, were separated from adult caretakers without any provisions for their care besides that provided by unrelated older children also being held in detention…

“A 7-year-old girl I attempted to interview entered the room silently but burst into tears when we asked whom she traveled with to the US. “My aunt,” she said, with a keening cry. She was so upset we decided not to attempt to interview her, a situation that happened several times during our visit. A bracelet on her wrist had the words “US parent” and a phone number written in permanent marker. We called the number on the spot and found out that no one had informed her desperate parents where she was being held. Some of the most emotional moments of our visit came witnessing children speak for the first time with their parents on an attorney’s phone.”

Trump’s treatment of young children is a crime. It is a crime against human rights.

Donald Trump has frequently threatened foreign countries with war, even nuclear war. For example, regarding the conflict with North Korea, Trump said “Rocket man is on a suicide mission for himself and his regime. If [the US] is forced to defend itself or its allies, we will have no choice but to totally destroy North Korea”. Trump has also threatened Iran with war. Such threats are a crime under both the Nuremberg Principles and the United Nations Charter.

Fascism Then and Now

Worrying comparisons can be made between the raciest and authoritarian governments that we see today’s world and the rise of fascism in Europe in the 1930’s. More details can be found in my book, “Fascism Then and Now”, which can be freely downloaded and circulated from the following link:

Other freely downloadable books and articles on global problems can be found on the following two links:

Anticopyright: Editorials and articles originated on TMS may be freely reprinted, disseminated, translated and used as background material, provided an acknowledgement and link to the source, TMS: Trump’s Major Crimes, is included. Thank you.