Canada Reverses UN Stance on Palestinians in Break with U.S. over Settlements

Canada breaks with recent history by voting against Israel at the UN, signaling it disagrees with U.S. 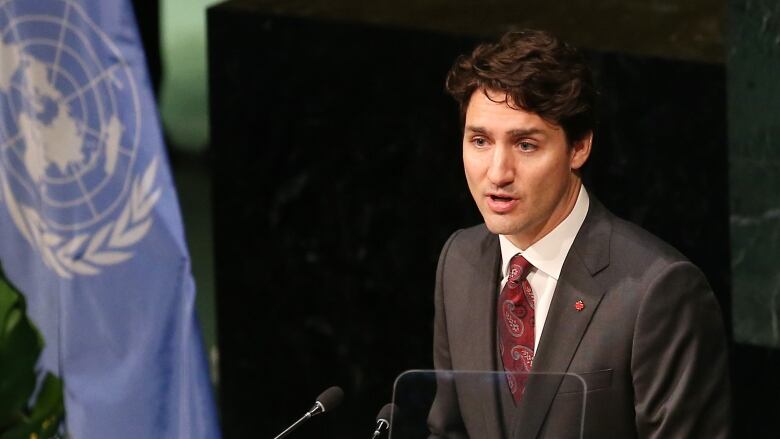 19 Nov 2019 – Canada voted for a UN resolution today in support of Palestinians’ right to self-determination.

The vote marks a major departure for Canada, which has declined to support substantially the same resolution through 14 consecutive votes since Stephen Harper came to power in 2006.

Tuesday’s resolution was opposed by Israel, the United States and three Pacific island nations that depend heavily on U.S. aid and tend to vote with Washington at the UN: the Marshall Islands, Nauru and the Federated States of Micronesia.

Speaking on background, an official at Global Affairs Canada said the vote sends a message that Canada does not agree with U.S. Secretary of State Mike Pompeo’s assertion on Monday that Israeli settlements in the Occupied Territories are “not, per se, inconsistent with international law.” 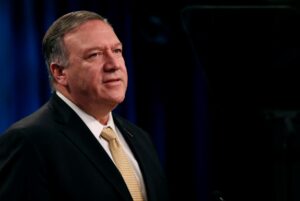 U.S. Secretary of State Mike Pompeo is claiming that Israeli settlements in the Occupied Territories are not ‘inconsistent’ with international law. (Yara Nardi/Reuters)

The official added that Canada has in the recent past opposed motions that are consistent with its own policy positions — to send a message that it considered the UN’s focus on Israel’s sins one-sided and inconsistent with the treatment of other nations. The official said that today’s vote reflected core Canadian principles on the Israeli-Palestinian conflict, which include embracing a two-state solution with viable borders for both peoples.

The vote represents a sudden shift in the direction of Canada’s policies on the Middle East, which began to drift toward a more pro-Israeli stance under former Liberal prime minister Paul Martin. That trend accelerated dramatically under the Conservative government of Stephen Harper.

There are 16 UN resolutions on the Israeli-Palestinian conflict that come up every year, dealing with issues such as sovereignty, refugees, East Jerusalem, human rights, settlements and holy places. All of them are passed by overwhelming majorities while being opposed by the United States and Israel, which are sometimes joined by a handful of other nations. Those other nations typically include an assortment of Pacific islands — none of which can boast the population of Kelowna, B.C. — and Canada.

Canada was not always a member of the small pro-Israel voting bloc, though.

In 2003, Canada voted yes to 13 of the 16 resolutions on Israel and abstained on three. In 2004, it recorded its first two “No” votes, alongside the U.S. and Israel, and supported only 12 resolutions. After Stephen Harper came to power in 2006, the “No” and abstention votes gradually increased.

After Harper won a majority government in 2011, Canada voted “No” on 14 of the 16 resolutions, abstaining on another. From that point onward, the only “Yes” vote before today was on a non-controversial motion calling for assistance for Palestinians displaced by conflict.

Trudeau’s Liberal government has maintained the voting pattern it inherited from the Harper government — until now.

That voting pattern continued in spite of the fact that it clearly undermined another Canadian foreign policy goal: winning a seat on the UN Security Council.

The resolution that Canada supported today does not include harsh language condemning Israel — language Canada has objected to in the past. It does, however, contain language that criticizes the barrier wall Israel has built close to (but not always on) the 1949 armistice line that most countries consider to be the real border of Israel.

It also stresses “the urgency of achieving without delay an end to the Israeli occupation that began in 1967” and calls on all states “to continue to support and assist the Palestinian people in the early realization of their right to self-determination.”

A Global Affairs Canada official, speaking on background, told CBC that of all the resolutions, this was the easiest to adopt. The official said Canada could vote differently than it has in the recent past on resolutions regarding Israel that are coming up in November and December, although there are no current plans to do so.

It is unusual for a country to switch votes at the UN directly from a “No” to a “Yes” on the same issue. Usually, nations signalling a change of policy simply abstain from the vote. By reversing its vote, Canada’s UN delegation sent a clear message that immediately caused strong reactions at home.

The Centre for Israel and Jewish Affairs condemned the vote in a statement:

“This afternoon, Canada joined with the anti-Israel chorus at the UN and voted in favour of a General Assembly resolution co-sponsored by North Korea, Zimbabwe and the PLO that condemns Israel’s presence in Jerusalem and characterizes it as ‘Occupied Palestinian Territory’.

“Canadian support for the resolution represents a dramatic departure from a 10-year record of principled opposition to UN resolutions that single out Israel for condemnation and ignore Palestinian intransigence and provocations aimed at sabotaging efforts to advance peace and reconciliation.”

CIJA National Co-Chair Joel Reitman added that “while Foreign Minister Chrystia Freeland offered assurances that no other changes in vote were being contemplated, we are very disappointed that the Government of Canada did not stand firm in opposition to the annual Israel-bashing ritual at the UN General Assembly.

“That neither this resolution nor any other currently being considered even acknowledge the obscene barrage of Palestinian-launched rockets and missiles raining down on Israel’s civilian population reflects just how distorted and one-sided these resolutions are.”

‘A Slap to Trump’

But the change was welcomed by Canadians for Justice and Peace in the Middle East, a group which has long lobbied for what it calls a more even-handed approach to the conflict.

“We are extremely pleased that the Liberal government has voted in support of Palestinian self-determination at the UN,” said CJPME’s Miranda Gallo. “This is a long overdue step and is entirely consistent with the government’s support for a two-state solution in Israel-Palestine. In fact, Canada could not support a ‘two state’ solution if it did not support the creation of a Palestinian state.”

Noting that “the Liberal government has changed its position as compared to previous years,” Gallo added: “This may be a slap on the wrist to the Trump government to communicate that, given Pompeo’s outlandish statement in support of illegal Israeli colonies, Canada feels the U.S. is failing to provide fair leadership on the Israel-Palestine conflict.