What You Need to Know about the Bombings in Gaza 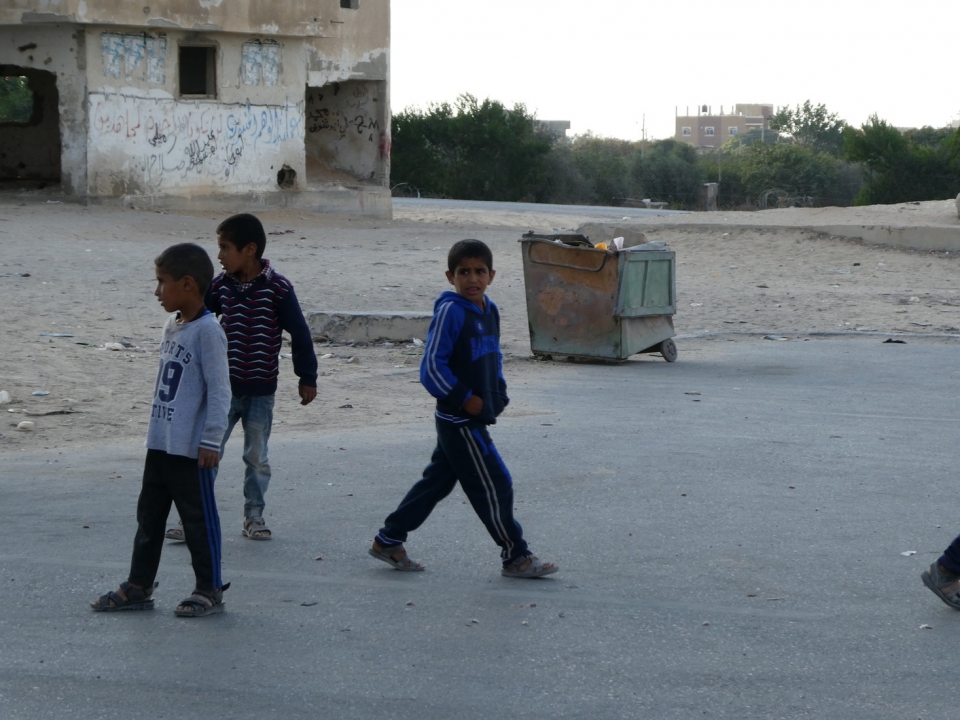 13 Nov 2019 – On Nov. 12, 2019 the Israeli military assassinated Baha Abu al-Ata, a leading member of Islamic Jihad in Gaza, and his wife—sparking more violence in Gaza. Shortly after the killing, Islamic Jihad fired rockets into Israel. In response, Israel has launched extensive bombing attacks on Gaza, killing at least 34 Palestinians and injuring many others. One Israeli has been injured as a result of Palestinian rockets fire. So far, Hamas has refrained from engaging in violence during this latest attack. A ceasefire was announced on Nov. 14, but bombing continued on the night of Nov. 14. If the ceasefire does not hold and Israel continues its disproportionate and deadly attacks on Gaza, there is significant risk of continued escalation.

Political action is needed now in the U.S. to protect this ceasefire and to ensure a halt to attacks on Gaza. But simply ending violence is not enough—there must be an end to the 12-year blockade of Gaza, the systematic inequality and human rights abuses faced by Palestinians, and Israel’s occupation of the West Bank and Gaza.

Here’s what you need to know about the recent bombings:

Israel has accused Abu al-Ata for a number of rocket attacks on Israel over the last several months, justifying his assassination as retaliation for those attacks. However, those attacks were carried out in the context of daily Israeli attacks on Gaza, including shooting across the boundary fence, shooting at protesters, ground incursions, shooting at fishermen, and shelling/bombing.

The Israeli government has noted that it expected a response from Gaza to the assassination, making clear that this particular escalation was purposefully started by the Israeli military.

Between January and September 2019, the Israeli military killed a total of 70 Palestinians in Gaza and injured 11,000 more. No Israelis were killed by Palestinians from Gaza during the same period.

Overall this year, the Israeli military has invaded Gaza on at least 54 occasions and carried out numerous airstrikes during the same period.

According to the United Nations Office of Humanitarian Affairs, between Oct. 15 and 28, the Israeli military opened fire toward Palestinians in the areas adjacent to Gaza’s perimeter fence and off the coast of Gaza on 28 different occasions, injuring at least two Palestinian laborers. During the same period, Israeli forces carried out four military incursions into Gaza.

In early 2018, Palestinians in Gaza began protesting in what is now known as the Great March of Return. Since the start of those largely peaceful protests, Israel has killed more than 320 Palestinians in Gaza and wounded over 36,000 more as they protested for their rights and against Israel’s occupation.

This violence is largely absent from the narratives that are already developing about this latest attack on Gaza, but it is critical that this context—and Israel’s ongoing blockade on Gaza and occupation of the Palestinian territory—be placed front and center when considering developments over the coming days or weeks.

The last large Israeli attack on Gaza was in 2014. During that attack, more than 2,250 Palestinians, including over 500 children, were killed and over 11,000 people were injured. More than 160,000 were displaced. And Gaza has yet to recover from the destruction and damage of homes, schools, and infrastructure.

If another large attack is allowed to move forward, these numbers could be surpassed.

Even without an Attack, Gaza Is on the Verge of Complete Collapse

The U.S. and the rest of the international community must take action to stop Israel from escalating the violence against Gaza—and call for a just and lasting peace for Palestinians and Israelis.

However, simply stopping a new attack on Gaza is not enough. The 2014 attack on Gaza ended with a promise by Israel that it would ease restrictions on Gaza. That never happened.

To bring change in Gaza, there must be significant change in policy. Israel’s blockade on Gaza must end, and Gaza must be allowed to reconnect to the West Bank. That in turn must be linked to an end to Israel’s occupation of Palestinian territory, systematic discrimination against Palestinians, and ongoing violations of Palestinian’s human rights.

AFSC stands with Palestinians in calling for action to stop the violence against Gaza and to change other policies that have led to this crisis.

Mike Merryman-Lotze is the American Friends Service Committee’s Palestine-Israel Program Director.  He coordinates AFSC’s Israel and Palestine focused advocacy and policy programming, working closely with AFSC’s offices in Jerusalem, the West Bank, Gaza, and throughout the US.