A Beautiful but Deceptive Documentary: “For Sama”

8 Dec 2019 – The documentary movie “For Sama” has won a host of awards in Europe and North America. Its producers and protagonists, Syrians Waad Kateab and her husband Dr. Hamza Kateab plus English film-maker Edward Watts, have received gushing praise. And the awards will probably keep coming.

Unfortunately, behind a human interest story, the movie “For Sama” is propaganda: biased, misleading, and politically partisan.

“For Sama” is a full length documentary with a moving personal story. It combines a story of young love and the birth of a child – Sama – in the midst of war. That makes it compelling and personal. But the movie fundamentally distorts the reality of east Aleppo in the years 2012-2016.  While the personal narrative may be true, the context and environment is distorted and hidden. The viewer will have no idea of the reality:

* Most residents of east Aleppo did not want the militants to take over their neighborhoods.  The short video, Nine Days from my Window, shows the takeover in one neighborhood. Many civilians fled the east side of Aleppo after the “rebels” took over. Those who stayed on were mostly militants (and families) plus those who had nowhere else to go or thought they could wait it out.  .

“Aleppo, a city of about 3 million people, was once the financial heart of Syria. As it continues to deteriorate, many civilians here are losing patience with the increasingly violent and unrecognizable opposition — one that is hampered by infighting and a lack of structure, and deeply infiltrated by both foreign fighters and terrorist groups.”

Foley’s honest reporting may have contributed to his ultimate death.

* The opposition group which came to dominate east Aleppo was the Syrian version of Al Qaeda, Jabhat al Nusra. “For Sama” ignores their domination, extremism and sectarian policies. There is only one fleeting reference and no video showing who exactly was ruling east Aleppo.

* In fact, the militants (aka “rebels”) were incredibly violent and vicious. A few examples are when they threw postal workers off the building roof, when they sent suicide truck bomb into Al Kindi Hospital, when they slaughtered Syrian soldiers defending the hospital. 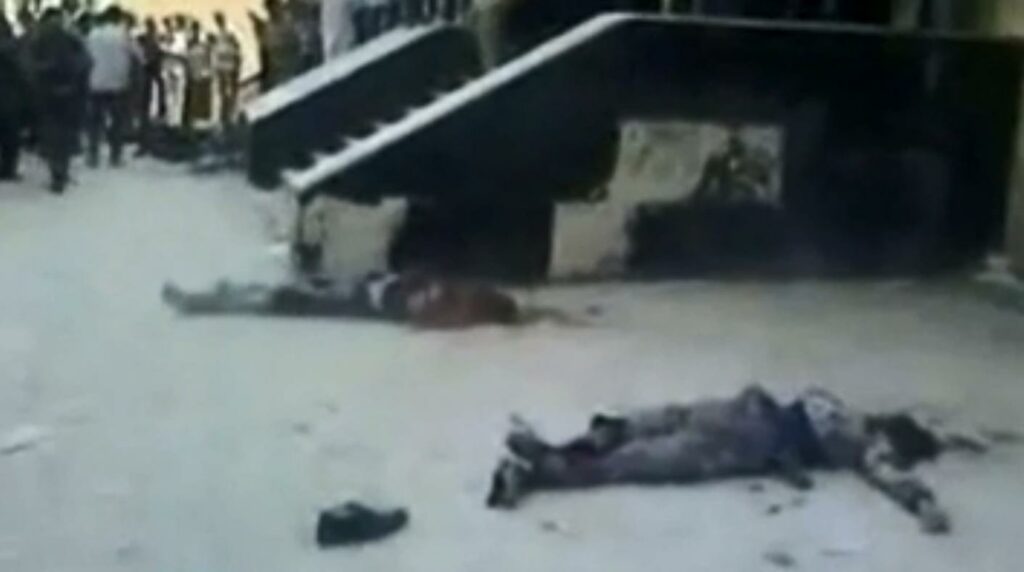 * and when they video-recorded themselves beheading a boy:

* 85% of the civilians in Aleppo were living in government controlled west Aleppo. Thousands were killed by “rebel” snipers, mortars and hell cannon missiles launched from east Aleppo.  This short video describes the situation in west Aleppo, completely ignored by For Sama.

Al Quds Hospital was NOT destroyed

“Al Quds Hospital” is featured in the documentary “For Sama”. This is where Hamza worked and Sama was born. According to the movie, the hospital was destroyed in February 2016. At the time there was enormous publicity about the hospital and allegations the Russians purposely bombed the hospital. Doctors without Borders (Medecins sans Frontieres) tweeted “We are outraged at the destruction of Al Quds hospital in #Aleppo“. These claims are repeated in the documentary. At the time, there were questions and challenges about the authenticity of the account. It turned out “Al Quds Hospital” did not exist before the conflict and was one or two floors of an apartment building. It turned out Doctors Without Borders did not have any staff on site and simply accepted the account told to them. After east Aleppo was liberated, a prominent medical doctor from west Aleppo, Dr. Nabil Antaki, visited the location to find out the truth. He was a long time doctor but had never heard of Al Quds Hospital. He reported,

“I went Sunday February 12, 2017 visiting the Ansari-Sukari neighborhood in order to see Zarzour and Al Quds Hospitals. My guide was a young man who lived there and knows very well the area.

My first stop was Zarzour hospital (mentioned in MSF report) and I found out that it was burned. My guide told me that the rebels burned it the day before the evacuation (information confirmed by a high position responsible in the Syrian Red Crescent). On the side walk, I found hundreds of burned new blood bags (for collection of blood donation). A man met there invited me to visit his building just next to the hospital. His building was also burned and on the floors, I found hundreds of IV solution bags.

Then, we moved to Ain Jalout school. In fact, there are 3 contiguous schools. Two are completely destroyed; one is partially. Behind the schools, there is a mosque called Abbas mosque with its minaret. Answering my surprise to see schools destroyed by air strikes, my guide told me that the mosque was a headquarters of the rebels and one school was an ammunition depot and the other one was a food depot. I noticed the flag of Al Nosra painted on the external wall of the school, and dozens of buildings in the surrounding partially destroyed.

Then, we moved to see Al Quds Hospital. Obviously, it is the most preserved building of the street. Obviously, it was not hit directly by bombs and probably received some fragments from bombs fallen on other building. I asked my guide if any restoration or repair were done. He said no.

My feeling is the following: Ain Jalout school was the target of the strikes, the surrounding destroyed buildings were collateral damages and Al Quds hospital was not directly hit by strikes.”

So we have an eye witness account, plus photographs and video, which show that it is untrue “Al Quds Hospital” was destroyed. This means that claims in the movie about the death of a doctor at Al Quds Hospital, supposedly captured by closed caption camera, are also untrue.

The armed opposition and their western supporters have been faking events to demonize the Syrian government from the start. One example which became public was the Richard Engels Kidnapping Hoax where the militants staged the kidnapping and “rescue” of Engels and team. 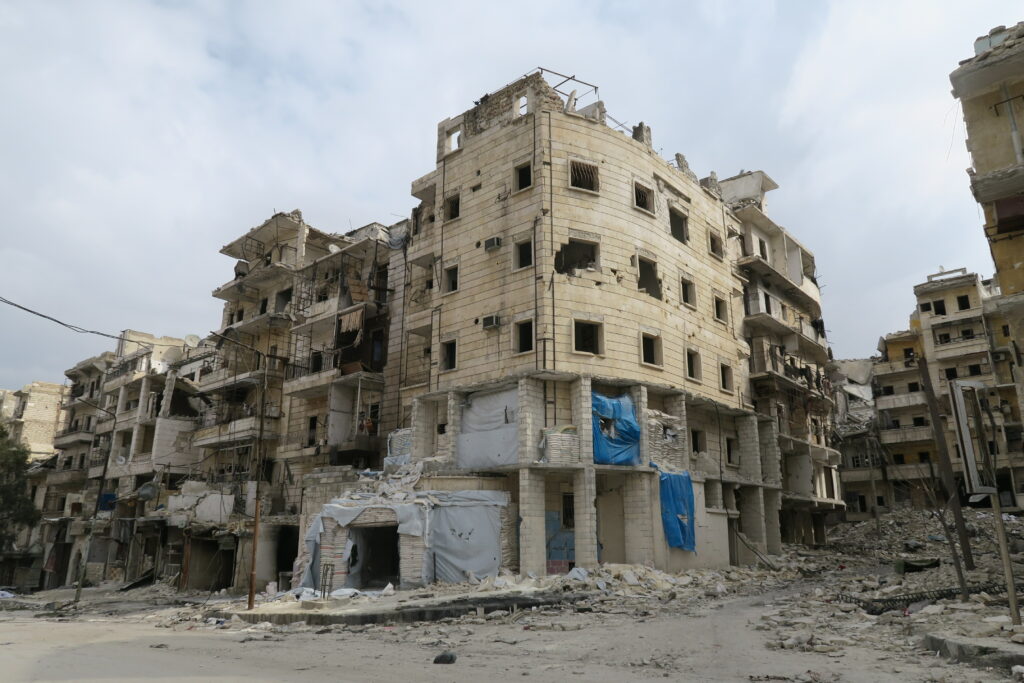 Paid and Promoted by the West

Waad had an expensive video camera and endless hard drives. She even had a drone to take video from the air. As confirmed by Hillary Clinton in her book “Hard Choices”, the US provided “satellite-linked computers, telephones, cameras, and training for more than a thousand activists, students, and independent journalists.” Waad claims she is a citizen journalist but she has been paid and supplied by governments which have long sought the overthrow of the Syrian government. Even in 2005, CNN host Christiane Amanpour warned Bashar al Assad that

“the rhetoric of regime change is headed towards you from the United States. They are actively looking for a new Syrian leader … They’re talking about isolating you diplomatically and, perhaps, a coup d’etat or your regime crumbling.”

Since 2011, the West, Turkey, Israel and the Gulf monarchies have spent many BILLIONS of dollars trying to overthrow the Syrian government. Just the CIA budget for Syria was near a billion per year. The “soft power” component includes video equipment and training to people like Waad to support the armed insurrection, demonize the Syrian government and persuade the public to continue the war. 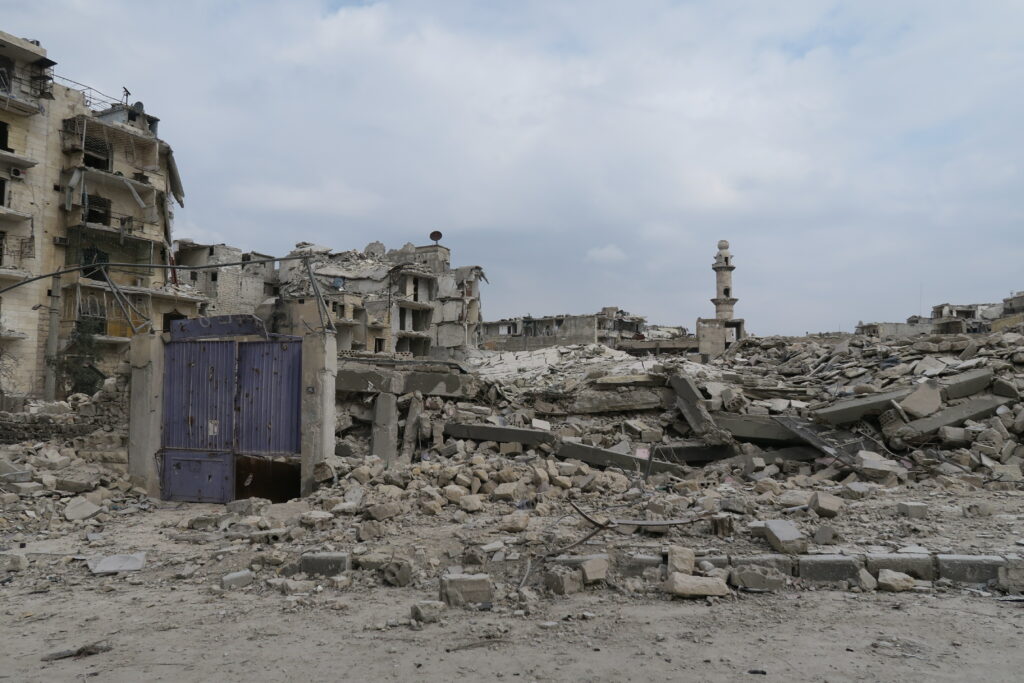 “We all suffered… The difference is that some wanted the war.”

The medical doctor from west Aleppo. Dr Antaki, does not deny there was suffering in east Aleppo. But he points out the discrepancy in media coverage where all the attention goes to the “rebels”. He also points out that all suffered, but not all were responsible. Some, especially the “revolution” supporters, initiated and continued the conflict. He said,

“There were a lot of stories like ‘For Sama’ in West Aleppo. Unfortunately, nobody had the idea to document them because we were busy trying to protect ourselves from the rockets, to find water to drink, to find bread and essential products which were not available because of the blockade of Aleppo by the armed groups. They cut off electrical power, heating etc.. Yes, people who were in the East neighborhoods suffered from the war as well as those who lived in the West neighborhoods. We, all, suffered. The difference is that some people wanted the war, initiated or supported it and they suffer. The others didn’t support it and suffered.”

Waad Al Kateab and her husband Hamza are now living in the UK. He is working for a money transfer company and involved with “Al Quds Hospital” in  Idlib. As indicated in the movie, Waad was never proud to be Syrian and she wanted to emigrate to the West. From afar, she claims to be proud of the “revolution” that has led to this destruction and human tragedy.

Meanwhile people are returning to Aleppo and rebuilding the city. There are even a few tourists. Although there are pockets of snipers in Aleppo, Al Qaeda extremism is mostly confined to Idlib province. 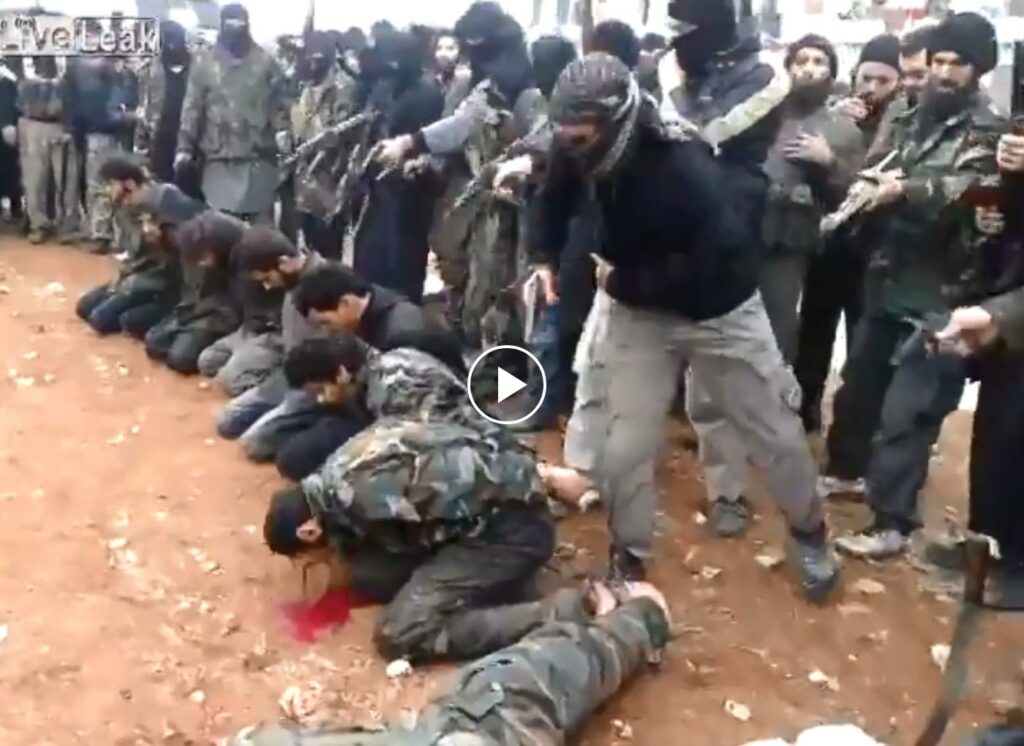 The 2019 documentary movie “Of Fathers and Sons” is based on a film-maker who lived with militants in Idlib. Some of what is hidden in “For Sama” is revealed in this documentary. It shows life in Idlib province dominated by Nusra. Women are restricted to the house and must be veiled. Boys as young as ten are sent to sharia school and military training, preparing to join Nusra. They believe in the Taliban, glorify 9-11 and expel or punish any people who do not subscribe to their fundamentalist religion. Youth are indoctrinated with extremist ideology and belief in violence. This is the regime that those who want to “Save Idlib” are protecting.

For decades the West has supported fanatic extremist organizations to overthrow or undermine independent secular socialist states. Most people in the West are unaware of this though it is well documented in “Devil’s Game: How the United States Helped Unleash Fundamentalist Islam” and the new book “The Management of Savagery: How America’s National Security State Fueled the Rise of Al Qaeda, ISIS, and Donald Trump”. 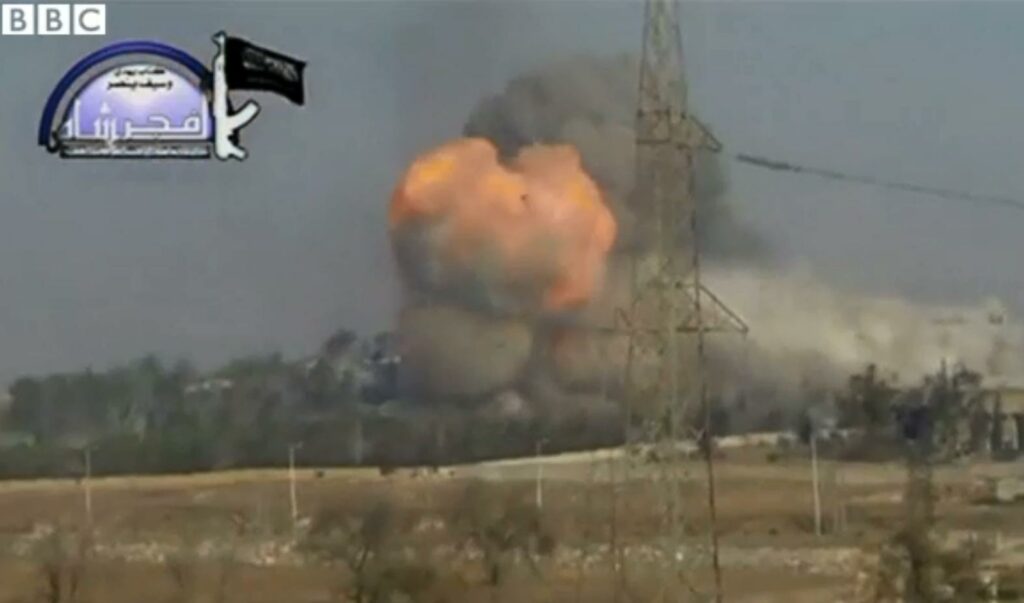 Unknown in the West, the majority of Syrians support their government, admire their president, and feel the Syrian Army is protecting them. Even those who are critical of the government prefer it to chaos or salafi fundamentalism. Waad and Hamza Al Kateab represent a tiny minority of Syrians. Their voices, and the perspective of Edward Watts, the film maker who has never been to Syria, are being widely projected and disseminated through “For Sama” while others are being ignored.

When Waad and Hamza departed Aleppo with Nusra militants, the vast majority of Aleppans celebrated. On the surface, “For Sama” is about romance and childbirth. Underneath it is very political, as interviews with the producers confirm. I suspect it is being widely promoted precisely because it gives a distorted picture.  To continue the dirty war on Syria, public misunderstanding is required.

Anticopyright: Editorials and articles originated on TMS may be freely reprinted, disseminated, translated and used as background material, provided an acknowledgement and link to the source, TMS: A Beautiful but Deceptive Documentary: “For Sama”, is included. Thank you.