6 Dec 2019 – Intensifying protests led by popular movements in Haiti, calling for the resignation of corrupt, US-supported President Jovenal Moise, have persisted for over a year in spite of violent repression and killings of demonstrators by government death squads, bringing day-to-day business to a standstill.

At a forum last week in the Dominican Republic entitled Destabilization of Haiti: Issues and Challenges, Guatemalan diplomat Edmond Mulet, who has a problematic history in Haiti, appeared oblivious to the people’s demands and to the fact that humanitarian suffering is brought on by abuses of the US-backed leadership, including but not limited to flagrant misappropriation of Petrocaribe funds from Venezuela.  To address the current crisis he insists that “the Southern Command of the United States must arrive, by helicopter, with its military forces to settle there.” 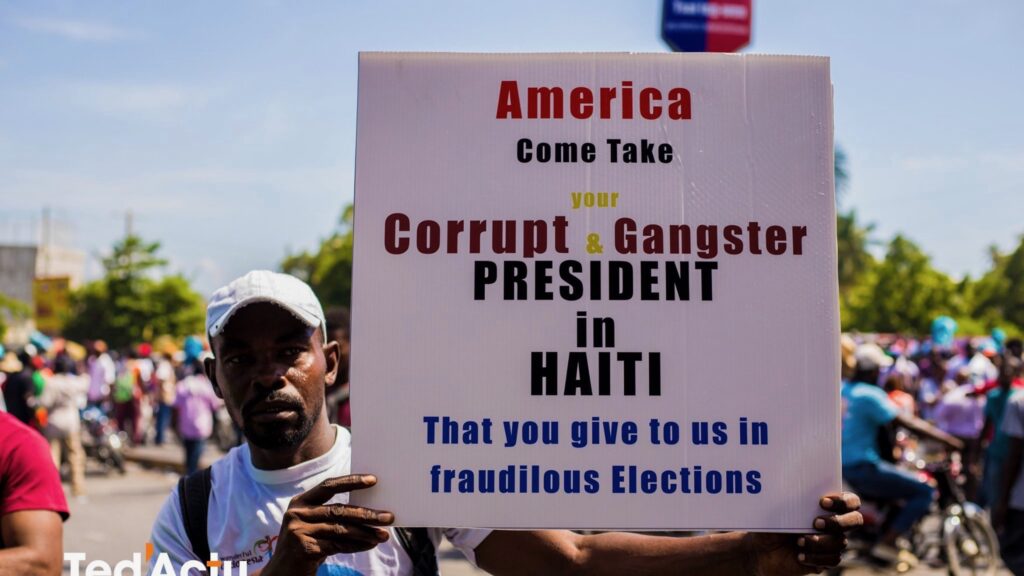 The call for a major militarized intervention by the US Southern Command may appear to some people abroad as humanitarian, but to people in Haiti it is meant as a gloves-are-off threat of increasing massive repression directed at the people’s movement.  Under corrupt regimes since the 2004 coup d’etat, Haitians have experienced daily how “humanitarian aid” has been lucrative to the occupation establishment; it has mostly enriched the few and further impoverished the majority of Haitians, while plundering Haiti’s resources.

Advocating US military intervention and a US base in Haiti resurrects painful memories of the brutal US military invasion and occupation of Haiti from 1915-1934, a shameful history Haitians do not want to repeat.  Ninety years ago, on December 6, 1929, US Marines killed many peasant farmers in Marchaterre near Les Cayes who were demonstrating against the occupation.  A sculpture at the very spot to commemorate this massacre was destroyed within two months or so of its dedication in 1987.

Mulet’s second recommendation, calling for “an international conference on Haiti, in which Latin American countries, the European Union, Canada, the United States, France, and Spain participate, to make decisions”, is equally troublesome. It arrogantly ignores Haitians’ right and ability to make their own decisions without imperialist interference, as was beautifully demonstrated during the period of Lavalas leadership, mostly under Jean-Bertrand Aristide, in 1994-2004. 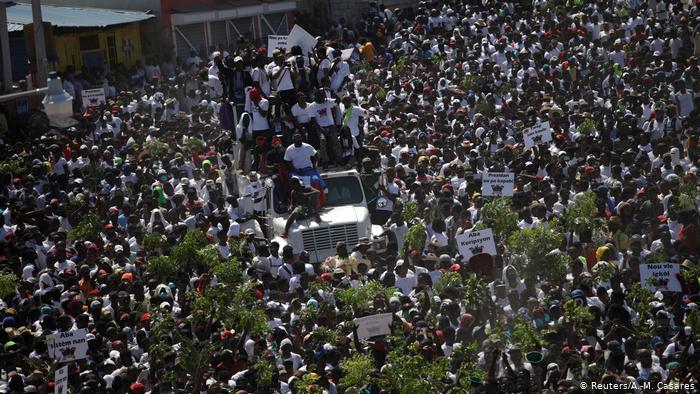 Edmond Mulet led the United Nations Mission for the Stabilization of Haiti (MINUSTAH) in 2006-2007 at the time of massacres in poor neighborhoods of Port au Prince, as well as the August 12, 2007 disappearance of human rights champion and Lavalas leader Lovinsky Pierre-Antoine, who had denounced abuses by MINUSTAH.  The UN failed to investigate Lovinsky’s disappearance and presumed murder.  Mulet again headed MINUSTAH during the fraudulent election of Michel Martelly as Haitian president in 2011.  Earlier in his career, Mulet was implicated in a major scandal in Guatemala around child trafficking and illegal adoptions.

Anticopyright: Editorials and articles originated on TMS may be freely reprinted, disseminated, translated and used as background material, provided an acknowledgement and link to the source, TMS: Don’t Repeat US Military Occupation of Haiti, is included. Thank you.