Forget about Water at Your Peril

Climate change is gutting global water security. We have solutions but lack the political will to implement them. 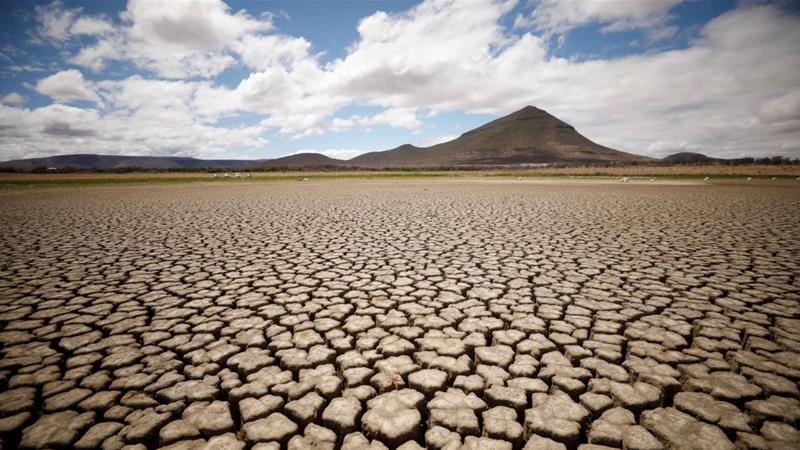 4 Dec 2019 – Even by climate change’s destructive standards, water is in an increasingly grim bind.

Droughts and monster floods are having devastating effects on the human civilisation, as the situations in much of Africa, Australia, and China attest. Water shares per capita continue to drop, particularly in places where there is little, to begin with. From rising sea levels to fast-disappearing glaciers, and hurricanes of unprecedented strength, water is headlining many of the planet’s most pressing problems.

And that is just the global picture. Many of the projections in the developing world make for even more unsettling viewing. Jordan could run out of water within a few decades, as could many small Pacific and Caribbean island states. Cities like Cape Town, Chennai, and Sao Paulo have already signalled the possible future of some urban areas – no water at all.

This is what a devastating water crisis looks like, but you would not know it by the global response. The focus is not there. At the climate summit in New York in September, there was a big push to transform food production systems and stem biodiversity loss, but water was barely mentioned. The Paris Climate Agreement all but ignored water, while the Global Commission on Adaptation, an ambitious new initiative to combat climate change, only included a water chapter after fierce lobbying. Time and again, water is passed over or given a lesser billing than the likes of agriculture or forestry at the negotiating table.

Crucially, the coordination is not there, either. That lack of attention at the very top is pushing water down the pecking order among regional, national, and local authorities, and in so doing, it is crushing momentum at every level. In practical terms, this means water is grossly undervalued from national capitals right down to smalltown district centres just as climate change wreaks havoc with our already energised water cycle. For all the lip service paid to water’s importance – and the magnitude of its problems, water sometimes seems to get platitudes, statements of concern, but little in the way of concrete, life-saving policy prescriptions.

There is a bitter and unfortunate irony to all of this, of course. Though water is fundamental to everything and everyone, it is increasingly hostage to our deeply fragmented political climate. Water seldom respects borders, which makes interstate and intercommunal cooperation, and information sharing all the more necessary. With less and less of that going around, water and its roughly 7.7 billion dependents are becoming mired in paralysis that benefits no one. Given that most people either have or soon will first experience climate change through water, that is a tragedy.

But this crisis – and our reaction to it – also speaks to the obstacles the water community faces in rallying around an issue of this size and significance. Because of water’s ubiquity, we have divvied up responsibility for its component “parts” among different organisations over the years – water for humans, water for agriculture, water for nature – so there is no powerful body capable of championing its cause.

The net result is that our key resource lacks the stature to fight its own corner at a time when messy politics is hamstringing action across the board. To put it bluntly, people are dying from climate-related catastrophes because our mechanisms for collaboration are not up to scratch.

Perhaps the greatest shame of all, though, is that many of these crises could just as easily be opportunities for progress. We know what can and should be done, just as we know well the consequences of a failure to act.

Residents of flood-prone megacities, like Lagos and Mumbai, should not have to put their lives on hold and weather inhospitable and sometimes deadly conditions every time extreme rainfall strikes. But until water institutions are empowered and infrastructural investment unleashed, millions of people will stew in floodwaters, sometimes for months at a time. To compound this madness, improved urban water access could yield a trillion-dollar economic boost, instead of billions in losses.

Farmers, too, need not lose everything whenever vicious and increasingly frequent droughts hit, but until water receives the focus it warrants, we will have insufficient resources and clout to build resilience among the planet’s poorest people across South Asia, Sub-Saharan Africa, and the Middle East. For example, introducing simple technologies for capturing floodwaters to recharge underground resources can help farmers endure these long dry spells.

Introducing technologies, such as satellite data and monitoring from sensors which help farmers irrigate only when crops require water by informing them of soil moisture rates, requires the kind of political buy-in that we often lack. At the very least, we can deploy early warning systems, and thereby ensure that the local authorities – and the people who depend on them – meet disasters with maximum preparation.

Morocco, for example, has already taken such measures in its parched deep south. It has enacted a law that helps manage the movements of traditional agro-pastoralists during droughts to ensure grazing areas are not over-stressed and damaged.

There are no one-size-fits-all solutions, but through policy and regulatory reforms, improvements to governance, and the use of nature-based tools alongside digital technology, we have an array of answers.

And unless greater emphasis is placed on improving global water governance, we risk undoing whatever climate action we have engineered so far, while also missing out on a golden opportunity to deliver potentially seismic changes elsewhere.

It is really no coincidence that water insecure states tend to be politically and economically fragile as well. It is our contention that improved water management can be a catalyst for superior state-wide governance and treatment of women and marginalised communities. From Yemen to northern Nigeria, Syria, Pakistan and many places in between, we are desperate to turn water from a source of tension and misery to a basis for development and cooperation.

Even in an optimistic scenario, there will be no preventing some of the damage climate change will wreak. The threats are too many and water too enormous a resource to completely shield. But contrary to some of the more dispiriting news coverage, there are solutions out there. We just need to mobilise the international community to deploy them.

At the ongoing climate change conference in Madrid, we have another opportunity to resurrect climate action, and it is our firm belief that if this gathering is to succeed where previous ones failed, we are going to have to put water front and center. Its all-consuming nature makes it a fitting focal point for us to coalesce around. Its deadly toll leaves us no choice.

As tens of millions of people currently battle deadly floods in Central Africa, the Horn of Africa and parts of Europe, and many millions more face horror drought in Southern Africa, Eastern Australia, and China, the message ought to be clear: forget water at your peril.