Dec 2019 – Religious currents, especially Islamic schools of thought, are often considered as monolithic blocs, and sometimes opposed to each other.

Sufis, with their large diversity [1], engaged or not in social and political action, are considered indiscriminately as a peaceful group and associated with mysticism. Salafism, which emerged centuries ago and is encountered in all Muslim countries in genuine but very diverse forms [2] rooted in the local traditions, is associated with one school of this current originating from Najd, Saudi Arabia, Wahhābism, which is further connected with extremism and terrorism. The Muslim Brotherhood, which evolved over more than nine decades, and are today divided into a wide range of social and political organisations, leftists and rightists, nationalists and internationalists, are designated by some authoritarian regimes as a terrorist group.

In fact, not only do some academic and political elites regard various currents of Islamic thought as a form of extremism, but they also do the same with regard to the practice of religion itself. A couple of years ago, in a conversation with a senior researcher of a Chinese think-tank, she told me that “in recent years, our Muslims in China have become extremist.” I then asked her to tell me how, and the answer was that “they no longer drink alcohol as they did before”. This unexpected response from a learned person may be explained by the cultural remoteness of the Hans from Muslim populations or by the effect of decades of hard communism that stifled religious expression and caused religious illiteracy in China.

Recently, the French political elite have adopted the same discourse, after the killing, on 3 October 2019, of four policemen at the Paris Prefecture of Police by Mickaël Harpon, a Frenchman who converted to Islam a decade ago. French president Emmanuel Macron pleaded for a “society of vigilance” [3] in France and called the French people to be “on the lookout at school, at work, in places of worship, close to home [for] little clues” [4] and “weak signs of radicalization”. Macron’s Interior Minister, and exegete for the occasion, Christophe Castaner, then came to explain the “weak signs” that President Macron urges the French to identify: “Among these signs that must be noted: a rigorous religious practice, particularly exacerbated in the period of Ramadhan. This is a sign that should trigger an alert on these subjects. […] Wearing a beard […] kissing or not doing it anymore. […] Does the individual agree to team up with a woman or not? Does he have a regular and ostentatious practice of ritual prayer? Do we have the presence of hyperkeratosis in the middle of the forehead, the tabaâ [a physical mark, sign of regular ritual prayer due to prolonged prostration]? […] These are indicators that should actually trigger a thorough investigation.” [5] When this kind of discourse emanates from the political elites of a country such as France, whose history and geography make it so close to the realm of Islam, it points to the fast spread of the ideology of “securitism” [6], transforming French society into “an immense private security company and a large community of informers” [7].

This attitude towards religion and an undifferentiated approach of religious currents result in many contexts in disastrous policies that cause undesired tensions in both Muslim and non-Muslim societies. This note presents four criteria that help approaching religious currents in a differentiated way, considering their non-homogeneity and the wide diversity within them. 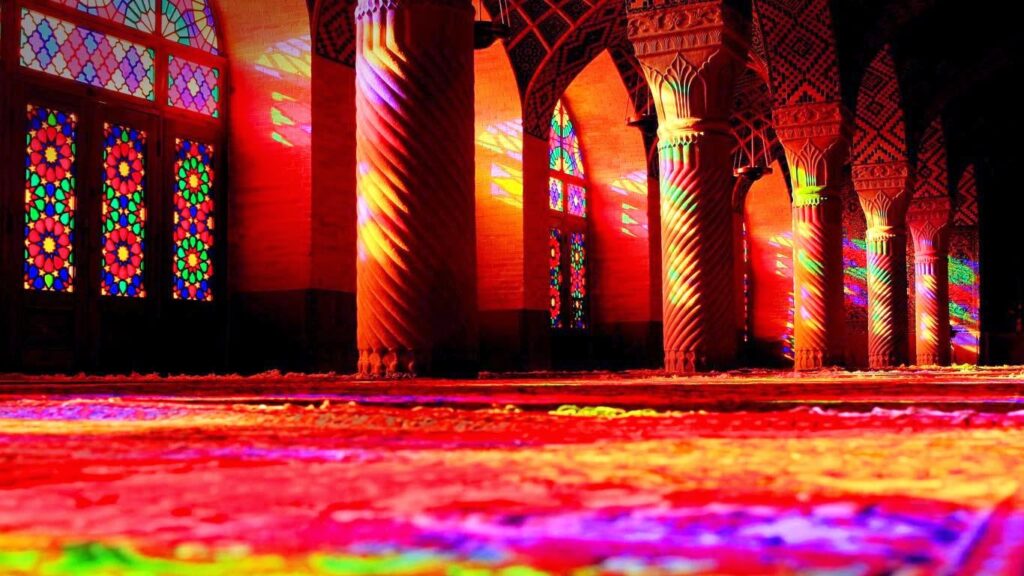 There are substantial differences between faith-based entities in: (1) the way they behave with respect to the norms accepted by the majority, be they religious or international, legal or moral; (2) their relation to politics; (3) the magnitude of the social and political change they desire, and; (4) their attitude towards violence. These four criteria result in the following categories:

Avoidance of the Norms (AN): Withdrawing from the social space and abdicating citizen’s responsibility.

Compliance with the Norms (CN): Adhering to the commonly agreed norm and working within its framework as an active citizen.

Transgression of the Norms (TN): Distancing oneself from the median position and leaning to the high extreme (extremism).

No Politics (NP): Distancing oneself from politics and dedicating one’s life to the scholarly acquisition of religious knowledge and/or to spiritual purification.

Inclusive Politics (IP): Engaging in political participation, in the broad sense of the term, for the construction of the society and the state, in an inclusive way, and promoting democracy, human rights and dignity.

Exclusive Politics (EP): Supporting authoritarian regimes and advocating the exclusion of others.

Status Quo (SQ): Acting to maintain the status quo and to preserve one’s positions and privileges.

Cosmetic Change (CC): Supporting a change of the system’s façade but not its essential nature, often operated by an authoritarian regime.

Genuine Change (GC): Engaging in a true social and political change either gradually by opposition to an authoritarian regime from inside the system (reformism) or at the root by resistance from outside the system (radicalism).

Lawful Violence (LV): Using in certain circumstances and under certain conditions violence that is legitimate and lawful with regard to international law and religious law.

The four criteria considered here lead to the 12 above-mentioned categories (3+3+3+3), and to 81 combinations or theoretical possibilities (3×3×3×3), extending from Group 1 (AN, NP, SQ, NV) to Group 81 (TN, EP, GC, EV). In what follows, ten examples of parties, movements, orders and organisations illustrate the use of the four criteria to differentiate between Islamic entities. They cover the three major Islamic currents: Muslim Brotherhood, Salafis and Sufis.

Hamas Movement – Palestine. This political movement was established in 1987 by Shaikh Ahmed Yassin, to fight against Israeli occupation. It has an armed wing: Al-Qassam Brigades: Group 44 (CN, IP, GC, LV)

Hamas Party – Algeria. This political party was founded in 1990 by Shaikh Mahfoud Nahnah. It backed the military coup of 1992, justified the repression that followed and participated in the “parliament” and government nominated by the military: Group 49 (CN, EP, CC, NV)

Construction and Development Party – Egypt. This political party was established in 2011 by the Egyptian Islamic Group. It engaged in political participation, standing for a representative democracy and cooperating with other faith-based and secular-based parties: Group 43 (CN, IP, GC, NV)

Al-Nour Party – Egypt. This political party was set up in 2011 by the Egyptian Salafi Call. In 2013 it backed the military coup of Field Marshal Abdel Fattah As-Sissi: Group 46 (CN, EP, SQ, NV)

Madkhali Movement – Libya. This movement was present in Libya before 2011, supportive of Qadhafi’s regime; they gained strength and influence after the fall of the latter and are the allies of Field Marshal Khalifa Haftar’s Libyan National Army: Group 57 (TN, NP, SQ, EV)

Islamic State – Iraq & the Levant. This political/military organisation was launched in 2003, participated in the insurgency against the foreign invasion of Iraq and proclaimed itself a caliphate in 2014: Group 81 (TN, EP, GC, EV)

Muslim Council of Elders – UAE. This organisation was established in 2014 by the government of the United Arab Emirates as one of the arms of political Sufism to compete for religious leadership in the Sunni Muslim world: Group 46 (CN, EP, SQ, NV)

In the four-dimensional space (norms, politics, change, violence), it can be seen from the above that the same religious current encompasses quite different groups. On the other hand, entities belonging to the same group may be affiliated to different religious currents. For example, the Nour Party in Egypt and the Muslim Council of Elders in the UAE are affiliated to Salafism and Sufism respectively and belong to the same Group 46 (CN, EP, SQ, NV). Similarly, the Hamas Movement in Palestine and the Qadiriya Order in Algeria are affiliated to the Muslim Brotherhood and Sufism respectively, but they belong to the same Group 44 (CN, IP, GC, LV). The same holds for Muslim Brotherhood’s Islamic Relief Worldwide and the Sufi Muridiya Order in West Africa which correspond to the same Group 31 (CN, NP, GC, NV).

Assigning a social or political entity affiliated to a religious current to a given group in the four-dimensional space is not an easy task and cannot avoid a certain degree of subjectivity. It relies on a deep knowledge of the historical, cultural and religious context and a thorough study of this entity within its social and political environment. More importantly, it should be done without any ideological bias.

The four criteria introduced here constitute a tool that helps to differentiate movements, parties and other organisations belonging to a given religious current and to avoid lumping them together. This tool was used in this note to categorise several examples from Sunni Islamism, but it is also applicable for scoping entities from Shia Islamism, Judaism, Christianism, Buddhism, Hinduism, Secularism, etc. It may, hopefully, be useful to scholars and political elites in charge of studying the nexus “religion-politics-conflict” and elaborating strategies to prevent, counter, and provide alternatives to, extremism and extreme violence.

Abbas Aroua is a medical physicist and adjunct professor at the Faculty of Medicine of the Lausanne University, Switzerland. He is director of the Cordoba Peace Institute Geneva and Convener for the Arab world of the TRANSCEND Network for Peace Development Environment.