The Lies about Assange Must Stop Now 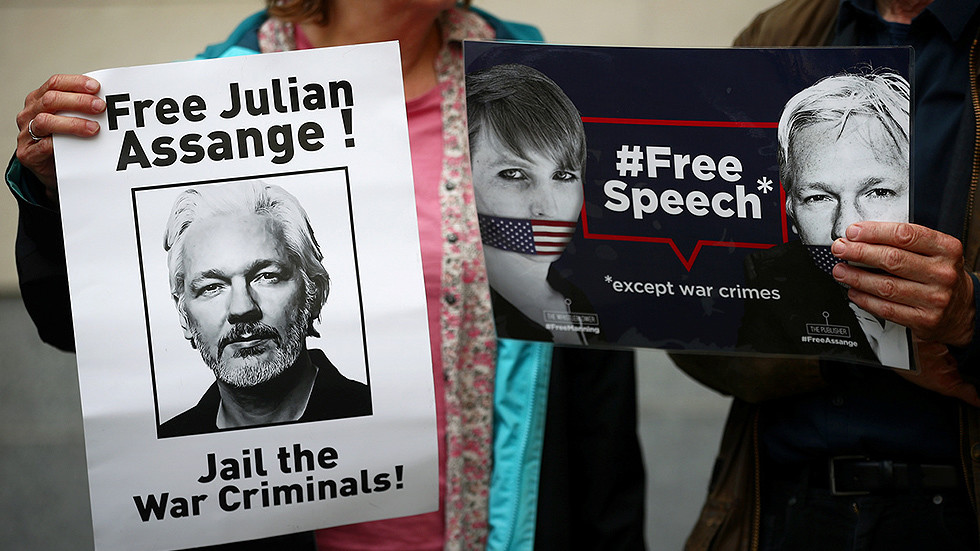 24 Nov 2019 – Newspapers and other media in the United States, Britain and Australia have recently declared a passion for freedom of speech, especially their right to publish freely. They are worried by the “Assange effect”.

It is as if the struggle of truth-tellers like Julian Assange and Chelsea Manning is now a warning to them: that the thugs who dragged Assange out of the Ecuadorean embassy in April may one day come for them.

A common refrain was echoed by the Guardian last week. The extradition of Assange, said the paper, “is not a question of how wise Mr. Assange is, still less how likable. It’s not about his character, nor his judgement. It’s a matter of press freedom and the public’s right to know.”

What the Guardian is trying to do is separate Assange from his landmark achievements, which have both profited the Guardian and exposed its own vulnerability, along with its propensity to suck up to rapacious power and smear those who reveal its double standards.

The poison that has fueled the persecution of Julian Assange is not as obvious in this editorial as it usually is; there is no fiction about Assange smearing faeces on embassy walls or being awful to his cat.

Instead, the weasel references to “character” and “judgement” and “likeability” perpetuate an epic smear which is now almost a decade old.  Nils Melzer, the United Nations Rapporteur on Torture, used a more apt description. “There has been,” he wrote, “a relentless and unrestrained campaign of public mobbing.”  He explains mobbing as “an endless stream of humiliating, debasing and threatening statements in the press”. This “collection ridicule” amounts to torture and could lead to Assange’s death.

Having witnessed much of what Melzer describes , I can vouch for the truth of his words. If Julian Assange were to succumb to the cruelties heaped upon him, week after week, month after month, year upon year, as doctors warn, newspapers like the Guardian will share the responsibility.

A few days ago, the Sydney Morning Herald’s man in London, Nick Miller, wrote a lazy, specious piece headlined, “Assange has not been vindicated, he has merely outwaited justice.”  He was referring to Sweden’s abandonment of the so-called Assange investigation. 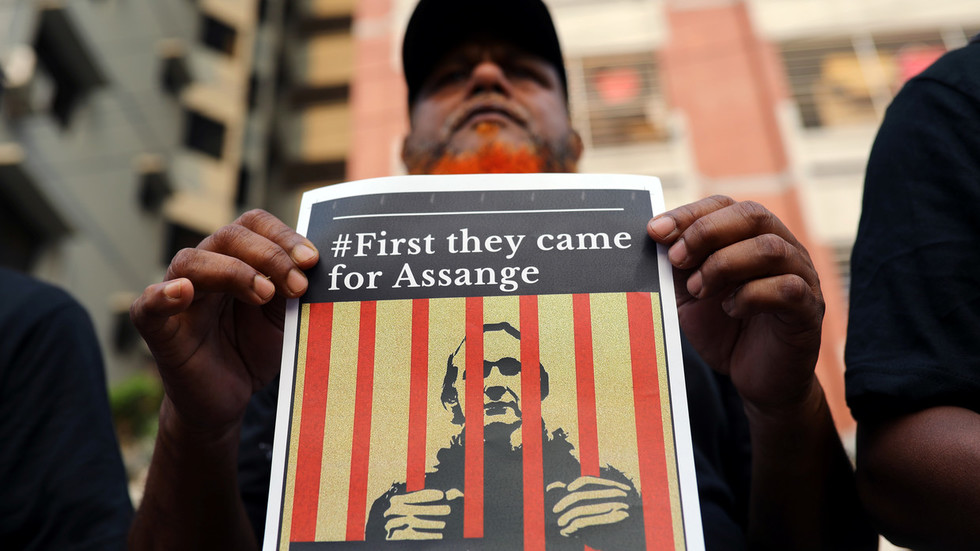 Miller’s report is not untypical for its omissions and distortions while masquerading as a tribune of women’s rights. There is no original work, no real inquiry: just smear.

There is nothing on the documented behaviour of a clutch of Swedish zealots who hi jacked the “allegations” of sexual misconduct against Assange and made a mockery of Swedish law and that society’s vaunted decency.

He makes no mention that in 2013, the Swedish prosecutor tried to abandon the case and emailed the Crown Prosecution Service in London to say it would no longer pursue a European Arrest Warrant, to which she received the reply: “Don’t you dare!!!” (Thanks to Stefania Maurizi of La Repubblica)

Other emails show the CPS discouraging the Swedes from coming to London to interview Assange – which was common practice – thus blocking progress that might have set him free in 2011.

There was never an indictment. There were never charges. There was never a serious attempt to put “allegations” to Assange and question him – behaviour that the Swedish Court of Appeal ruled to be negligent and the General Secretary of the Swedish Bar Association has since condemned.

Both the women involved said there was no rape.  Critical written evidence of their text messages was wilfully withheld from Assange’s lawyers, clearly because it undermined the “allegations”.

One of the women was so shocked that Assange was arrested, she accused the police of railroading her and changing her witness statement. The chief prosecutor, Eva Finne, dismissed the “suspicion of any crime.”

The Sydney Morning Herald man omits how an ambitious and compromised politician, Claes Borgstrom, emerged from behind the liberal facade of Swedish politics and effectively seized and revived the case.

Borgstrom enlisted a former political collaborator, Marianne Ny, as the new prosecutor. Ny refused to guarantee that Assange would not be sent on to the United States if he was extradited to Sweden, even though, as The Independent reported, “informal discussions have already taken place between the US and Swedish officials over the possibility of the WikiLeaks founder Julian Assange being delivered into American custody, according to diplomatic sources.” This was an open secret in Stockholm. That libertarian Sweden had a dark, documented past of rendering people into the hands of the CIA was not news.

The silence was broken in 2016 when the United Nations Working Party on Arbitrary Detention, a body that decides whether governments are meeting their human rights obligations, ruled that Julian Assange was unlawfully detained by Britain and called on the British government to set him free.

Both the governments of Britain and Sweden had taken part in the UN’s investigation, and agreed to abide by its ruling, which carried the weight of international law. The British foreign secretary, Philip Hammond, stood up in Parliament and abused the UN panel.

The Swedish case was a fraud from the moment the police secretly and illegally contacted a Stockholm tabloid and ignited the hysteria that was to consume Assange. WikiLeaks’ revelations of America’s war crimes had shamed the hand-maidens of power and its vested interests, who called themselves journalists; and for this, the unclubbable Assange would never be forgiven.

It was now open season. Assange’s media tormenters cut and pasted each other’s lies and vituperative abuse. “He really is the most massive turd,” wrote the Guardian columnist Suzanne Moore. The received wisdom was that he had been charged, which was never true. In my career, reporting from places of extreme upheaval and suffering and criminality, I have never known anything like it.

In Assange’s homeland, Australia, this “mobbing” reached an apogee. So eager was the Australian government to deliver its citizen to the United States that the prime minister in 2013, Julia Gillard, wanted to take away his passport and charge him with a crime – until it was pointed out to her that Assange had committed no crime and she had no right to take away his citizenship.

Julia Gillard, according to the website Honest History, holds the record for the most sycophantic speech ever made to the US Congress. Australia, said she to applause, was America’s “great mate”. The great mate colluded with America in its hunt for an Australian whose crime was journalism. His right to protection and proper assistance was denied.

When Assange’s lawyer, Gareth Peirce, and I met two Australian consular officials in London, we were shocked that all they knew about the case “is what we read in the papers”.

This abandonment by Australia was a principal reason for the granting of political asylum by Ecuador. As an Australian, I found this especially shaming.

When asked about Assange recently, the current Australian prime minister, Scott Morrison, said, “He should face the music”. This kind of thuggery, bereft of any respect for truth and rights and the principles and law, is why the mostly Murdoch controlled press in Australia is now worried about its own future, as the Guardian is worried, and The New York Times is worried. Their concern has a name: “the Assange precedent.”

Whenever I see Julian in the grim, surreal world of Belmarsh prison, I am reminded of the responsibility of those of us who defend him. There are universal principles at stake in this case. He himself is fond of saying: “It’s not me. It’s far wider.”

But at the heart of this remarkable struggle – and it is, above all, a struggle – is one human being whose character, I repeat character, has demonstrated the most astonishing courage. I salute him.

This is an edited version of an address John Pilger gave at the launch in London of In Defense of Julian Assange, an anthology published by Or Books, New York.

One Response to “The Lies about Assange Must Stop Now”