NIH Director on Human Gene Editing: ‘We Must Never Allow Our Technology to Eclipse Our Humanity’ 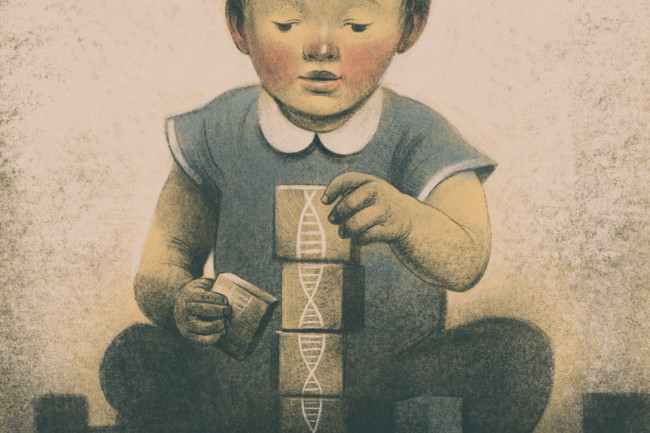 29 Dec 201 – Often, science moves ahead incrementally. Yet sometimes it advances in dramatic leaps and bounds that can stir new hopes for medical benefits while shaking society to its very core. We saw both in 2019, as work using the gene-editing tool CRISPR gained momentum.

The year opened with the scientific community scrambling to respond to the news that Chinese researcher He Jiankui had used CRISPR technology to edit the genomes of human embryos. The experiments resulted in the November 2018 birth of twin girls, the first humans with genetically altered germline cells — which means their genetic changes are heritable and can be passed on to future generations.

The National Institutes of Health (NIH), a crucial public supporter of biomedical research, is among the many who consider such experiments both irresponsible and unethical. The NIH has not funded any use of heritable gene-editing technologies in human embryos, and it has no intention of doing so.

But NIH’s strong stance against heritable gene editing does not mean that we think CRISPR has no role in the future of clinical medicine. This innovative technology possesses enormous potential for therapeutic good if used for making nonheritable genetic changes. In that approach, genetic material is altered only in relevant somatic (nonreproductive) cells, so there is no chance of passing those changes on to future offspring.

NIH’s highest priorities in 2019 included supporting research aimed at using nonheritable gene editing to help people with life-threatening disorders, such as sickle cell disease, HIV infection, cancer and muscular dystrophy. Indeed, such applications may offer the best hope not only for treating, but for curing, many of the nearly 6,000 human genetic diseases that still lack treatments.

Now, scientists and leaders around the globe have an obligation to consider the appropriate use — if any — of heritable human gene editing. This involves scrutinizing the safety of such experiments, including the risk of unintended mutations, as well as a clear-eyed analysis of actual medical need. In our view, the current arguments — that the benefits outweigh the risks — are surprisingly uncompelling. But our deliberations should not stop there. We must weigh the profound social, ethical and moral issues associated with modifying the germline in ways that could change the human species forever.

Given the significance of these decisions, in March, leading scientists from seven countries — led by Eric Lander and including CRISPR pioneers Feng Zhang and Emmanuelle Charpentier — called for a five-year international moratorium on the use of gene editing to modify the human germline for clinical purposes. The NIH supports such a moratorium.

Despite the calls for caution, some researchers are forging ahead. In June, Russian molecular biologist Denis Rebrikov announced plans to implant gene-edited embryos into women. Like his Chinese counterpart, Rebrikov planned to use CRISPR to target the CCR5 gene to protect against HIV; he later changed course to focus on GJB2, a gene linked to heritable hearing loss.

Direct editing of embryos is not the only way to alter the human germline in heritable ways: In August, New York-based reproductive biologist Gianpiero Palermo went public with his plans to use CRISPR technology to target a gene that increases cancer risk in human sperm.

But such moves continued to meet vigorous opposition. In August, a number of research groups working on gene-editing therapeutics issued a statement asserting heritable gene editing is currently inappropriate for use in human clinical studies. That same month, a group of international research societies convened to discuss recommendations for appropriate research, which are slated for completion in spring of 2020.

Meanwhile, the World Health Organization’s new expert advisory committee, convened in the wake of He’s experiments, sidestepped the issue of a moratorium at its August meeting. It did, however, establish a global registry to track all kinds of human gene-editing research and to offer consultation on governance of such technologies.

A moratorium of at least five years on heritable human gene editing would provide us time to engage in proactive, rather than reactive, discussions about the future of such technology. That discussion has to be inclusive of many societal perspectives. We must never allow our technology to eclipse our humanity. As an interconnected global society, we have a responsibility to ask ourselves some very hard questions about heritable gene editing and the dangers of human hubris. While difficult, this is a debate that we simply cannot afford to postpone.

Francis S. Collins is the director of the National Institutes of Health.

3 Responses to “NIH Director on Human Gene Editing: ‘We Must Never Allow Our Technology to Eclipse Our Humanity’”