A Hard Look into the Genesis of Myanmar’s Genocide

Genesis of sustained, institutionalized destruction of Rohingya is anchored in group’s identity as Muslims. 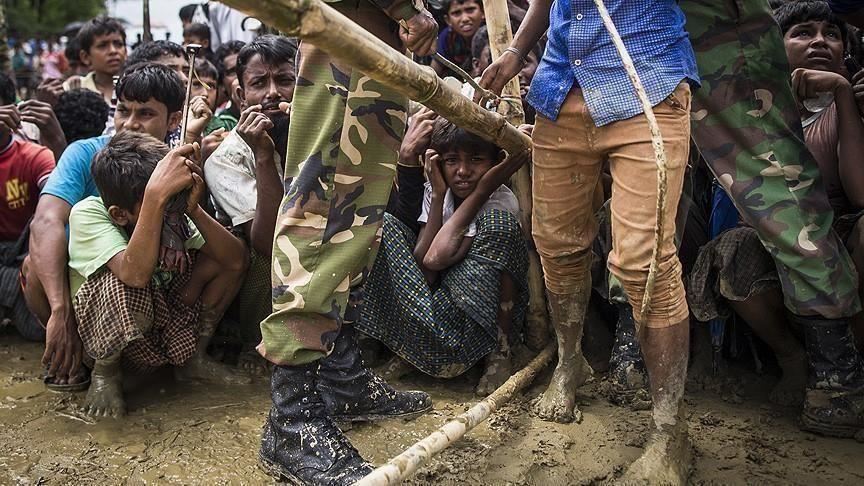 12 Feb 2020 – The International Court of Justice’s Jan. 23 interim order in a case filed by Gambia against Myanmar is designed to protect the Rohingya and preserve the crime sites. It has brought a sense of vindication to several million Rohingya victims – in the diaspora, inside Myanmar, and in refugee camps in Bangladesh.

It was by far the most significant act the international community has taken since the Rohingya have been subjected to a national policy of discrimination, disenfranchisement, displacement and destructive deportation by various organs of the state in Myanmar.

The case which Gambia brought before the court has focused narrowly on the violent events of 2016 and 2017. However, it is crucial to see this group destruction in the proper context which began under the false pretext of Myanmar’s attempts at cracking down on the “illegal immigration” across Myanmar-Bangladesh borders which stretch 270 miles.

As a matter of fact, today (Feb. 12) marks the 42nd anniversary of the first violently genocidal purge — centrally organized by the then military dictatorship of General Ne Win in Rangoon involving various agencies, not only the government troops and police force but also departments or ministries of religious affairs, customs and various branches of intelligence

Paradoxically, this is also the date in which Myanmar celebrates “Union Day” — when the country’s majority Buddhist Burmese public and several national minorities along the borders of colonial Burma agreed to merge their regions voluntarily to form a single federated independent nation in 1947.

On the very same day, in Rakhine, a state in western Myanmar that borders Bangladesh, Myanmar launched the first-ever violent deportation of literally hundreds of thousands of Rohingya — the majority of whom were born and raised in the region and had official IDs and documentation that proved their Myanmar nationality.

The purges were carried out in two phases under military-style operations collectively known as Operation Dragon King.

The first phase was launched in Rakhine state’s capital Sittwe on Feb. 12, 1978, and lasted only a week, involving 200 interagency forces that resorted to various acts of violence and terror. The second phase was carried out in the northern Rakhine towns of Buthidaung and Maungdaw with 400 interagency security forces.

Myanmar troops resorted to arson, slaughter, rape and other terror methods in the region where the population was peaceful, unarmed and compliant as evidenced in the newspaper reports of the time from Bangladesh, Pakistan and other Asian regions.

The “terror” or “panic” run resulted in the first-ever large-scale Rohingya exodus — about 250,000 according to Myanmar intelligence records — across the borders into the new nation-state of Bangladesh which, with India’s direct military intervention, emerged victorious from its civil war of liberation from West Pakistan in 1971.

In his Burmese language book “The Problem at Myanmar’s Western Gate” (2016), Khin Nyunt, a former general, chief of Myanmar’s military intelligence services and prime minister, recorded the number of Muslim residents who could not prove their nationality or legal residency — or “(immigration) law breakers” in his words — as 643 (out of the total residents of 108,431) in Buthidaung town and 458 (out of the total residents of 125,893) in Maungdaw town.

The minuscule numbers of those found without any proper Myanmar national identification papers indicated the drastic achievement in Myanmar’s attempts to control its porous borders with Bangladesh, one of the world’s largest predominantly Muslim populations.

In 1959, the Myanmar military had conducted a similar immigration crackdown in the same northern Rakhine region.

According to “Myanmar’s Journey Towards Democracy and Thura U Tin Oo,” a two-volume authorized Burmese language biography of ex-General Tin Oo, the former commander-in-chief of Myanmar’s Armed Forces (published in Yangon in 2016), the then Lt. Col. Tin Oo, in his capacity as the regional commander of Rakhine, rounded up and deported 11,380 illegal migrants residing in the Rohingya region of Northern Rakhine to East Pakistan.

Tin Oo recounted that he set up two expulsion points along the two countries’ land borders from where all the East Pakistani residents without any legal documents were made to walk across the borders into Teknaf in Chittagong district in batches of several hundred each. In his words, “many of these illegals were dragging their feet upon order to cross the borders. And Myanmar troops had to load the guns and point at them as if we were going to fire unless they started crossing the borders as ordered. Under the real threats of violence, these mobs all of a sudden ran into East Pakistan.”

Now as vice-chair and co-founder of Myanmar’s ruling National League for Democracy, Tin Oo is Suu Kyi’s closest colleague. Tin Oo’s racist and violent views towards Muslim Rohingya undoubtedly influence the party’s refusal to recognize them as a national minority, a verifiable fact.

Both of these prominent veterans from Myanmar’s armed forces had the first-hand experience as military commanders tasked with taking care of illegal immigration from across East Pakistan (until 1971) and Bangladesh (since 1971).

The number of illegal migrants from across Myanmar’s western borders had verifiably nosedived from 11,380 in 1959 to 1,100 in 1978. Despite these well-documented numbers, Myanmar governments since the 1970s, particularly the Ministry of Defense and the state-controlled mass media, have continued to fuel the myth that Myanmar is under the very real threat of a large and uncontrolled incessant influx of “Bengali” who take “our Buddhist women,” grab “our Buddhist lands” and overwhelm “our Buddhist villages.”

In their respective books linguistically inaccessible for international journalists and Myanmar watchers, not once did either general Tin Oo or Khin Nyunt — who knew the region in question expertly — use the words “terrorist threats” “secession by Muslims” or “territorial grabs,” for neither Rohingya nor Bengalis from across the borders pose any threats to predominantly Buddhist Myanmar — neither demographically nor culturally nor economically.

Despite Myanmar’s official and popular discourses on the “Bengali threat at the Western Gate of Myanmar,” the illegal immigration of unwanted Muslims from East Pakistan or Bangladesh has long stopped being a real issue on the ground. The real issue is the Myanmar military’s attempts to remake the western Myanmar state of Rakhine in line with their ideological vision, according to which the region was once “purely Buddhist.”

In his introduction to the aforementioned book “The Crisis at Myanmar’s Western Gate,” ex-general Khin Nyunt spelled out this historical myth which has long guided the military’s policies of persecution — and destruction — of the Rohingya, a predominantly Muslim community: “Rakhine chroniclers have prominently characterized their nation and region as an absolutely Muslim-clean, Bengali-absent region.”

Over the last eight years since the two bouts of violence in Rakhine in 2012, Myanmar leaders including Aung San Suu Kyi have offered the world evolving narratives about the crisis in Rakhine, including “counter-insurgency” “communal conflict” “lack of economic development” “Muslim terrorism” and “excessive violence”– explanations and justifications for the country’s pattern of violent and institutionalized abuses — or crimes against Rohingya.

But the genesis of the sustained and institutionalized destruction of Rohingya is firmly anchored in the group’s identity as Muslims.

Although the country is bordered by giant neighbors such as Northeast India and Southern China with populations of over 1 billion respectively, both densely populated and both with a thousand years of overlapping migratory histories, neither Indo-Burmese borders nor Sino-Burmese borders are framed in the Burmese military’s narrative as a crisis or threat. Neither China nor India is predominantly Muslim, while both countries — particularly China — are sources of mass irregular immigration to Myanmar.

Throughout the upper Myanmar region, there are estimated 1 million Han Chinese from the bordering Yunnan province who are known to have moved into Myanmar and acquired Myanmar citizenship through bribes and other means. Neither Suu Kyi nor the military make any fuss over this.

Only Rohingya Muslims are falsely made out to be “illegals” and their presence “the crisis”.

This faith-based framing of Rohingya, a borderland population, as a threat is precisely what qualifies Myanmar’s policies as genocidal.