15 Feb 2020 – I watched part of a movie called “Inglorious Bastards” which was supposed to be about an American unit of Jewish soldiers formed in WWII to kill Nazis (I think this is fictional); its commander wanted each member to collect 100 scalps of killed Nazis. I turned it off when it actually got that bloody/ gruesome (the “Bear Jew” soldier uses a bat to smash the skull of a German officer!). A settler in Hebron used a bat once to smash the skull of a Palestinian Child and the killer is free.  I do not like war movies anyway (wars are rackets and profit elites on both sides). I could not sleep thinking about this kind of violence. The shooting in the back even of unarmed protesters in Gaza or even unarmed civilians like children (John Pilger called it like shooting sitting ducks in a barrel) and so many others. 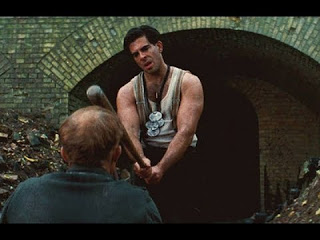 It has always bothered me as to why so many Jews got brainwashed by Zionism to become so hateful and so self-focused that they do not even care that millions of us Palestinians are suffering: >100,000 killed, >800,000 injured, >7.5 million refugees and displaced people by a methodical process of ethnic cleansing to create a racist “Jewish state” that does not help Jews. Only by thinking of parallels and other scenarios (like South Africa under apartheid, the institution of slavery, and such) that I start to understand mentality of privileged/oppressors/colonialists. But I really need to also guard my heart and mind from notions of vengeance and hate. I thought again about that movie and what prompts someone to make such horrible (really horror) movies glorifying murder/killing fellow human beings. I could not sleep thinking how horrible it would be for someone in the future made a similar film about say killing all Zionists!

Of course both the Nazi and Zionist regimes did (and in the case of the Z’s still do) horrible things; as did the British, French, & the US regimes (Hiroshima, Nagasaki, Dresden, Vietnam, Korea, Cambodia, South America, etc). But we must really be very careful and such movies would be horrible ideas in any of those cases. I will quote the poetry of my friend Ahlamn Shalhout:

Or as the late Faisal Hussaini had said:

“Lord [we beseech you] to make the bloods that were shed [so far over 100,000 Palestinians, few thousand Israelis] become a light that shows us the way and not fuel for hatred and revenge”.

We get local and international visitors every day here (four delegations visited our institute just today). I tell them the same thing about action for human rights. Just like we humans did so to end slavery, for civil rights, for women right to vote, to end US and Western support for apartheid in South Africa and the genocide in Vietnam, etc. Action is critical and we must never ever give up despite all that is bad around us. We feel bad for horrible things done to fellow human beings by fellow human beings (e.g. the massacres in Gaza by Israeli colonizers). We also feel bad for horrible things human beings do to other animals and plants.

Just this week, the Environmental Quality Authority office in Hebron called me and brought in a murdered female hyena (strangled and dragged by a car). As we dissected the body (preparing a skin for our natural history museum), I found that she is pregnant and the baby at term (about to deliver). The post about this on the museum Facebook page reached 50,000, 21,000 engaged, over 380 clicks like, mad, etc. and over 100 shares and 120 comments. Many of us kept thinking about that cruelty. I could not sleep also that night. 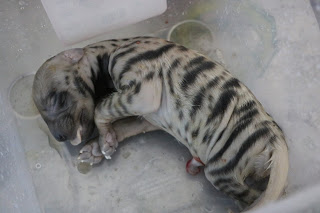 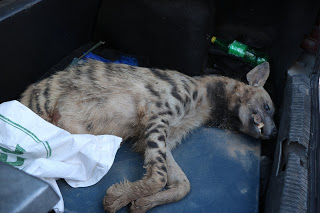 The next day we hear that a friend who helped in our tour in the UK died unexpectedly (Peter MacDonald). 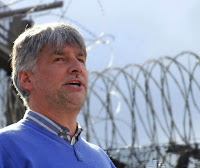 But then we planted trees and harvested vegetables/fruits and life goes on in occupied Palestine and our friends and we have lots of hope. 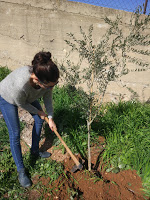 Every day we see so many sad things…. But we also see so many great things: humans standing up for injustice, challenging tyranny, planting seeds (literally and figuratively).  Just in our own small sphere, we had great activities this week. We had workshops on biodiversity that attracted 70 people Tuesday and Wednesday. 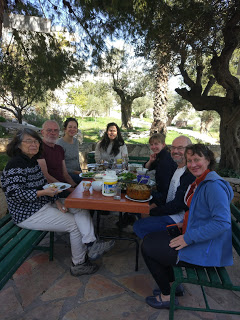 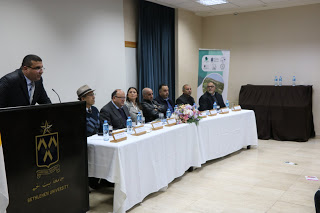 We talked about action for preserving nature and humans around Al-Makhrour valley (project funded by Darwin and National Geographic including benefit to 80 farmers in Walaja, Battir, Husan, and Beit Jala. We also had several meetings for starting an EU funded project for enhancing human diversity and biodiversity in our region. We had great visitors to our institute. We trained young people in doing studies of the environment. We ate food from our garden and much more. Keep the hope alive but act.

For example, let us all target these 112 companies working in (profiting from) occupied Palestinian lands – The UN published the list. 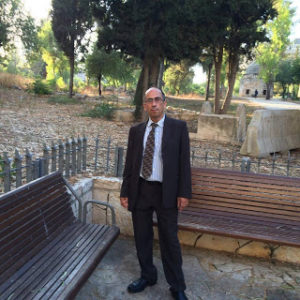