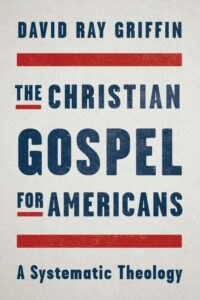 There are very few writers who have done more to try to open the public’s mind to the evil nature of the American empire than David Ray Griffin.  His series of books on the false flag attacks of September 11, 2001 will endure for a long time, and they will one day, when it is safe to do so, be recognized as seminal texts exposing the traitorous conspiracy of elements within the Unites States’ government to launch the endless so-called war on terror.  That many now know, and many more will, that those so-called “terrorist” attacks were carried out by terrorists in the highest reach of the U.S. government will be due to his extraordinary work.

What many do not know is that David Ray Griffin is a Christian theologian with impeccable credentials and a scholarly oeuvre of dozens of theological books. And that long before his conscience led him to devote himself to exposing the U.S. government’s lies about the September 11 attacks, he was committed to proclaiming the radical Christian gospel of a living Christ, who was executed by the Roman state for opposing its grotesque and violent empire.

The Christian Gospel for Americans is his crowning achievement, a rare marriage of spiritual contemplation and social analysis that brings to life Jesus and the Hebrew prophets for contemporary Americans.  It is an accessible systematic theology of freedom and creativity that will inspire hope in all caring souls to resist the demonic American Empire. It is an intellectual tour de force, a kaleidoscopic “constructive postmodern” example of process theology at its finest, drawing on the work of Alfred North Whitehead, John Cobb, and Henri Bergson, among others.  Rarely does such a book come along to roil the waters of religious and social complacency.

Times change.  Once in the United States of America, theologians were fêted as important social critics and considered worth heeding.  Two of the most famous in the mid-to-late twentieth century were Reinhold Niebuhr and Paul Tillich.  Both appeared on the cover of Henry Luce’s Time Magazine, and Barack Obama was later fond of referring to Niebuhr to justify his violent policies to extend the American empire.  Obama knew his audience, for Niebuhr was noted for a neo-orthodox theological perspective that encouraged “political realism,” popular among the elites who had created and extended the American empire.  He was a friend of the rich and famous ruling establishment.  His critiques of immoral government practices were always offered within the parameters of official acceptance, conservative and liberal.  He was the establishment’s theologian, lionized by the empire-touting Time magazine as the theologian who really understood politics and how God figured into the necessary realism of American foreign policy. 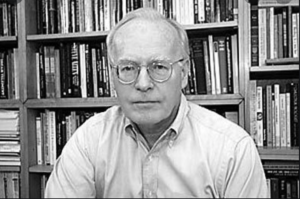 To his great credit, David Ray Griffin is a brave theologian who will never appear on the cover of Time magazine, for his message is more in keeping with the Biblical prophets who warned the people that their government’s behavior is an abomination in the eyes of God, and if they do not dissent and reject such policies, they will be rejecting the God they say they worship.  In true prophetic style, he connects the dots to say: look at what you are doing, slaughtering innocents everywhere as you worship your golden calf. When the Hebrew prophets “indict Israel or Judah,” he writes, “the indictments are not directed against the people in general, but against the elites who were responsible for creating and maintaining the structures of domination and exploitation.’”

The American elites surely do not wish to publicize a man who says such things; better to ignore him or have their mouthpieces call him a “conspiracy nut,” which of course they have.

Griffin’s book is rooted in the basic fact that “Christian theology is necessarily at once theological and political” since Jesus was a radical rebel leader who opposed the demonic power of the Roman Empire and was executed for that reason.  This is so fundamental, yet it has been papered over, especially since the age of Constantine in the fourth century.  Griffin says:

For one thing, the complete opposition of Jesus and his followers to the imperialism of their day has been largely hidden to readers of the gospels.  The main reason for this hiddenness is that the authors of the gospels, seeking to present the message of Jesus so as to serve the needs of the Christian movement 40 or more years after the death of Jesus, sought to make it appear that Jesus’ message was directed against, and evoked opposition from, ‘the Jews,’ rather than the Roman Empire and those who collaborated with it….This failure of later Christians to understand the beginnings of their religion has contributed to what is arguably the most fateful reversal in history: Christianity, in origin probably the most explicitly anti-imperial religious movement ever, has since the fourth century provided the religious foundation for the growth of empires even more extensive than Rome’s….He [Jesus] was crucified by the Roman Empire – not by ‘the Jews’ – because he was perceived as a threat by Roman authorities.  Given the nature of Jesus’ life and his death, American Christians today should be anti-imperialistic, rather than basking in the pleasures of Empire, as did the Roman populace two thousand years ago – ignoring the terror and poverty brought to other provinces by Roman rule.

This is the foundation upon which Griffin builds his gospel for Americans.

His theological method is liberal, while his content is conservative.  This means that to establish truth by appealing to authority is rejected as a method.  It is only evidence and reason that he relies on to establish the truth of various doctrines.  Therefore science and modern scholarship are important and must always be considered.  To claim something is true because of a deposit of divine revelation that you can read in the Bible is an old way of doing theology and Griffin rejects that method.  In fact, his understanding of revelation is an ongoing process, insight as part of the creative and spontaneous freedom of living in openness to God’s spirit.

His theology is conservative in content because it rests upon certain primary doctrines of the Christian gospel (good news) “such as God’s creation of the world, God as actively present in it, and divinely-given life after death.”

For those unfamiliar with modern theological thinking that is not bound by a particular church’s teachings and respects science, Griffin’s method might at first seem unusual.  As one trained in theology and philosophy, I can assure you it is not.  His process of reasoning accords with the best scholarship in those disciplines, but one has to take the time to enter into its postmodern worldview that positions many of the conundrums of traditional religious thinking within a new framework, one that Griffin calls postmodern naturalism where “divine influence must be understood as part of the normal cause-effect relations, not an exception to them.”

Griffin takes on many of the great issues that have perplexed inquiring minds: the problem of evil, creation, truth, human freedom, God’s so-called omnipotence, miracles, life after death, out-of-body experiences, etc. Whether you end up agreeing with all his reasoning or not, you will be challenged to assess your thinking.  I find his systematic theological analyses to be brilliant and always intriguing.

But the point of his systematic theology is to bring us to his analysis of the demonic nature of the American Empire and the need for Christians and people of all faiths to resist it.  In my opinion, his argument for the demonic as a real power in the world, and that the United States is in its grip, is true.  He says:

Can we look at the past century of our world without thinking that the human race must be under the influence of such a power?  The twentieth century was by far the bloodiest century in history, with unprecedented slaughter and genocide, and yet we have taken no steps to overcome the war-system of settling disputes.  Americans created nuclear weapons and then, when we learned how deadly they are, built thousands more, until we had the world wired to be destroyed many times over.  After we learned that a relatively modest exchange of nuclear weapons could initiate a “nuclear winter,” leading to the death of human civilization and other higher forms of life, we still did not abolish them.

He gives the historical background to the American belief in its divine mission, the idea of Manifest Destiny, and the city on the hill nonsense about America being God’s country whose mission was to spread democracy around the world.  He quotes George W. Bush saying, in his state-of-the-union address two months before laying waste to Iraq based on lies, “The liberty we prize is not America’s gift to the world; it is God’s gift to humanity.”

Melville couldn’t have said it better through the mouth of mad Ahab.  Mad Ahab, mad Bill Clinton, mad George, mad Lyndon Johnson, the list goes on and on.  Madmen all, God’s men in their minds, or perhaps just lying madmen playing with our minds, God be damned.

He does, however, omit a crucial element of the demonic at work here in the U.S., as if something is blocking him from recognizing it, some shadow blocking his sight.  It is a strange omission.  It is as if his vision is focused outward on all the evil the American government inflicts on the world, but here in his own house, he cannot see the demonic at work.

He nowhere mentions the American government’s assassinations of JFK, Malcolm X, MLK, and RFK, all martyrs to the unspeakable truth that this country is in the grip of evil killers who will stop at nothing to silence the voices of genuine peacemakers who have opposed the American Empire. Their deaths opened the door to hell on earth for millions of others around the world.

He correctly catalogues the long list of U. S. atrocities, false flag attacks, coup d’états, immoral and endless wars; gives dates; draws a damning picture of a country in the grip of demonic forces intent on savagely killing innocents wherever it can find them.  He shows conclusively that the United States is the Roman Empire updated and outfitted to kill millions with sophisticated weapons and to spread its imperialistic power with evil intent.

He makes an open and shut case that if one wishes to follow the Christian Gospel, one must act in opposition to this evil empire.  But he forgets that the crucifixion is also a domestic affair, and the homegrown rebels must be eliminated first.

Even the wisest of men, such as the David Ray Griffin, have their Achilles heels.

But despite that omission, or maybe because of it since it shows us how flawed we all are, The Christian Gospel for Americans is a brilliant clarion call to action.

Read it.  It will rock your world.  It is gospel.

Edward Curtin is a writer whose work has appeared widely. He is a member of the TRANSCEND Network for Peace Development Environment. Website: Behind the Curtain