Now What Do We Do?

Coronavirus.   Wars.  Refugees.  Racism. Sea levels rising.  Stock markets falling.  Most human labour becoming redundant as a factor of production and valueless in the labour market.  The irreversible loss of the delicate chemical and physical balances that make the biosphere possible.  Let me stop at eight.  Any one of us could go on and on listing one after another nightmare that unfortunately is not a dream but is real.   They make some of us feel like leaving the room, walking to a bar, listening to the Piano Man, and forgetting about life for a while.

But others of us can’t leave the room.  We are glued to our seats.   We can’t stand up and leave whatever room we happen to be in because we can’t stop reading Thomas Pikettty’s latest book, Capital and Ideology (Belknap Press of Harvard University Press), released less than a week ago on March 10, 2020.

The book has four parts. All of them discuss the definition and redefinition of property.   Part One is about inequality regimes in history, mainly in Europe.   Part Two is about Slave and Colonial Societies.   Part Three is called The Great Transformation of the Twentieth Century.    Part Four, Rethinking the Dimensions of Political Conflict speculates that it might be possible to forge alliances between the new highly educated ’Brahmin Left’ and the impoverished poorly educated formerly left populations who now vote for Trump, Johnson, Beppo, Le Pen, Modi and the Polish and Hungarian conservatives.  For such an alliance to come together the Brahmin Left would have to take seriously the harm and humiliation imposed on the poor by globalization and the EU in their present forms and perhaps also by immigration.   The highly educated left must take serious steps to reform at least two of these three; to redistribute wealth, and to equalize access to quality education.    (I find Piketty ambiguous regarding immigration.)

Regardless of whether we agree with Pikkety s proposals, on almost every one of his new book s 1093 pages we find facts that, if we think about them, provide useful tips.   They help us to make rational choices about what we can do to make the future better.  Pages 100-1 for example. There we read:

The theory of power and property to which the [French 1789] revolutionary lawmakers adhered was in principle fairly clear.  Its purpose was to draw a sharp distinction between, on the on hand, of regalian powers (of security, justice and legitimate violence) henceforth to be monopolized by the centralized state, and, on the other hand, property rights, which only individuals could claim. The latter were to be full, complete, and inviolable, as well as guaranteed by the state, whose primary, if not sole, mission should be to protect them.  In practice, however, establishing the rights of property proved to be a far more complex undertaking than this simple theory would suggest This was because regalian powers and property rights were so intimately intertwined at the local level that it was extremely difficult to define consistent norms of justice acceptable to all the relevant actors, particularly when it came to the initial allocation of property rights.  …. In the first phase (1789-90), the committee of the National Assembly in charge of these delicate issues adopted what it termed an historical approach.  The idea was to examine the origins of each right and determine whether it was of a contractual nature, in which case it should be maintained, or whether it was noncontractual, in which case it should be abolished …. The ecclesiastical tithe was also abolished and church property nationalized, again without compensations.   This provoked vigorous debate …because many people feared that the religious, educational and hospital services previously provided by the church would suffer…. For good measure, Crown property along with church property was included as biens nationaux to be sold at auction. The general philosophy was that the state …. would finance itself in the future through annual taxes duly approved by representatives of the citizenry, whereas the exploitation of perpetual property {property yielding a flow of income} would henceforth by left to private individuals. {emphasis added}

The preceding longish quotation provides a sample of the innumerable historical gems contained in Piketty s new book that show how property (and therefore power and therefore social structure) has been contested, defined and redefined around the world from time to time and from place to place.   It also provides me with a platform for briefly introducing some of my own ideas about what to do now.

The above-summarized deliberations of the property committee of the National Assembly of 1789-90 provide an unusually pure ideal type of the juridical ideal of nascent capitalism.   The ideal-type illuminates, I suggest, the mixed bags found in historical cases.

What the passage and its context make crystal clear is that what is going on is that the propertied classes are taking power.  Everyone else is being put on a short leash.    For starters the Crown Lands are seized and auctioned off to the highest bidder.   The highest bidders are wealthy men.    The properties of the Church are treated in the same way.   The military class, the nobles, also loses its lands. Their rents will no longer be available to fund their horses and their armour.  The annual budget of the army (a modern institution, replacing the hosts of nobles and their vassals summoned by the King to follow him in war) will require approved by the Assembly and will be paid for by taxes.

The workers will enter the market selling labour power if they can find buyers. A few decades later in 1817 at the beginning of the chapter on wages in his classic text on economics, David Ricardo explains the situation as follows:    the supply of labour is determined by the demand for it.  When the demand for labour is low, the supply of it is also low because fewer of the children of the unemployed workers survive.

Henceforth the state will have no resources of its own. It will depend for its livelihood on an annual budget voted by a parliament of property owning men. (In 1789 servants or workers of any kind were not deemed to be ‘active citizens’ qualified to vote or to hold office; women did not get the vote in France until 1944.) France will become what Joseph Schumpeter will later call a Steuerstaat, a tax state.   Its income will barely suffice to fund a caretaker state in a self-regulating market. Assets of the church providing social services will also be confiscated.   Its schools, its hospitals, its cathedrals and its convents will depend on periodic donations and on user charges paid by people who own income-producing property and are therefore able to pay,

whereas the exploitation of perpetual property (property yielding a flow of income} would henceforth be left to private individuals.

In the light of these considerations, one can perhaps improve one’s answers to my title question, ‘Now what do we do?’  Here I would like to introduce a notion of ‘deep cause.’  A deep cause is simply an especially powerful cause that in turn activates other causes.   In deciding what to do, it is more efficient to work on a deep cause because strengthening it has stronger and more comprehensive tendencies to solve more problems.   For example, large scale progress on the 7th of the nightmares on my initial list, organizing and funding dignified and meaningful livelihoods for those rejected by the labour market (for example funding paying the musicians of an orchestra, or the ecologists reforesting a denuded mountain, or discretely subsidizing community development complementing the assets the poor themselves can mobilize) can have (I allege) a series of beneficial effects regarding other problems.  Working toward a win-win society where everybody has dignity and an income alleviates nightmare two (wars), nightmare three (refugees) nightmare four (racism), (nightmare five (rising temperatures) nightmare seven (massive unemployment) and nightmare eight (the death of the biosphere—because much of the employment paid for by sharing the surplus of people who have surplus is devoted to ecology).

Perhaps the most important and most questionable sea-change advocated by the property committee of the National Assembly was the systematic withdrawal of property rights from anything that was not the private accumulation of capital.   On the contrary, anything inherently worth doing should be endowed to the extent that it is possible to endow it.  Medicine should be supported by continuous flows of income.   Art should be endowed.  Governments should derive income from activities that produce a continuous flow of income such as mining (if not from nationalization, then from royalties, or from government participation as shareholders in all mining companies as in Botswana, or from making the renewal of mining licenses contingent on acceptable triple bottom line -people-planet-profit accounting as in South Africa).   As Schumpeter effectively argued, a Steuerstaat attempting to be a welfare state is not sustainable –as is illustrated by Sweden where unbearably high taxes compelled the retrenchment of the Swedish Model.   And today more than ever we need a welfare state, complemented by private philanthropy with the same devotion to the common good.   The age when it can be assumed that most people will make a living selling their services in the labour market is over.  OVER!

This is a point where the wisdom of the ages was right and the property committee of the National Assembly was wrong.   Perhaps most important, at the level of deep causes with multiple effects: Accumulation for its own sake, far from being assumed to be the normal goal for property owners should not be a legitimate goal at all. In Tony Lawson’s terminology, markets are created by communities.  Property rights are created by communities.   They should be regarded as morally legitimate if, when, and to the extent that they function to meet the needs of human communities and of the larger earth community of which we human beings are members.

Howard Richards with the assistance of Gavin Andersson’s (in press) Economic Theory and Community Development. 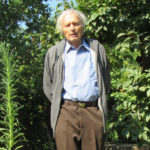 Anticopyright: Editorials and articles originated on TMS may be freely reprinted, disseminated, translated and used as background material, provided an acknowledgement and link to the source, TMS: Now What Do We Do?, is included. Thank you.