Like several classical languages of Europe–Greek, Latin, Hebrew, for example, Sanskrit is also a classical language. Several well known Indian epics such as Vedas, Upanishads, Mahabharata, Ramayan, etc. were written in Sanskrit. These epics had been translated first into Persian and subsequently into Latin, Greek, German, French and other languages by different scholars. Some well known European scholars of Sanskrit and Indian epics were Arthur Schopenhauer (1788-1860) and Soren Kierkegaard (1813-1855), a well-known Danish philosopher, among few others.

Writing about the Upanishads, Schopenhauer wrote:

Kierkegaard was a philosopher, theologian, in addition to being a poet and religious author. He influenced Martin Heidegger and others. Today he is described as one of the first existentialist scholars. An interesting statement he made was:

‘Life can be understood backwards but it must be lived forwards’.

Another scholar who was influenced by the Sanskrit language and its texts was Max Müller (1823-1900), a German philologist and scholar of Indic studies. He had studied in the Leipzig University and obtained his degree in philology in 1843. His interest in several languages such as Greek, Latin, Persian and Sanskrit was abiding. 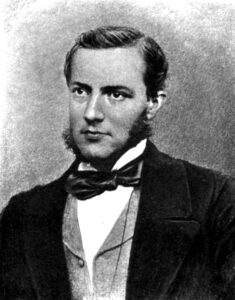 Although being German, Müller spent a considerable period of his life in England. He taught at Oxford University and was admired for his knowledge of classical Indian texts including the Upanishads and Vedas. He had access to several scholarly Sanskrit works that the East India Company had brought from India. To improve his knowledge of Sanskrit, he went to Paris to study under a French scholar. Since he lived and taught in England for a long time, he had double citizenship — German and British.

Müller’s love and interest in Sanskrit was partly due to the fact that a relationship between Indo- European languages was beginning to be studied and analyzed. Sanskrit had influenced some of the European languages as could be seen from some common words. Another influence on Müller was Panini, born approximately in 460 BCE, who is considered to be the first Sanskrit grammarian, linguist, philologist and who worked in diverse areas such as phonetics and phonology. Moreover, apart from this, Sanskrit was perhaps the best means of studying Indian culture in Europe.

In the later part of his career in England, he gave a series of lectures at the University of Cambridge entitled, ‘What can Indian culture teach us?’ Müller’s  words bring a feeling of nostalgia even today. He wrote:

“If I were to look over the whole world to find out the country most richly endowed with all the wealth, power and beauty that nature can bestow, in some parts a very paradise on earth — I should point to India. If I were asked under what sky the human mind has most fully developed some of its choicest gifts, has most deeply pondered on the greatest problems of life and has found solutions to some of them which well deserve the attention even of those who have studied Plato and Kant — I should point to India.”

Müller wrote both scholarly and popular texts on Indology, among them the Sacred Books of the East, a 50-volume set of English translations that were prepared under his direction.

Today Max Mueller Bhawan has been established in New Delhi for the study of German language and culture. An important road in New Delhi is also named after this famous scholar and Sanskrit lover.

Most people are aware of the name of Thomas Alva Edison (1847-1931), a brilliant American inventor of electric lamp bulb and other gadgets including the phonogram or gramophone that could capture the voice of a person on the gadget and replay it later. After his invention, Edison wrote to Müller asking him if he could come and record his voice. On getting his permission, Edison sailed for England and asked Müller to say something that could be recorded. Müller agreed willingly.

Edison replayed the recording to a select group of persons who were familiar with the scholar. After listening to the recording the audience was asked if they understood what Müller had dictated. People fell silent because it was in a language that they were not familiar with.

He explained what he had dictated was the first shloka of the Sanskrit text Rigveda. The shloka was a tribute to Agni (fire) that paid it homage in the following words:

“Agni, you are the gleam in darkness and to you we come day by day with devotion and homage…”

The audience clapped in appreciation.

As indicated earlier, Müller wrote several books and essays. Some of these on India and Indian culture are:

Other writings and lectures were also contributed by him in England and in Germany.

The book India, what it can teach us, consists of a course of seven lectures delivered in the University of Cambridge. These include:

On Hindus’ truthfulness, Max Müller wrote that he was not speaking about people who believed in Hinduism only; the term refers to people who live in Hindustan   (India).  Writing about Indian villages, he wrote quoting a British officer Col. Sleeman:

“In different villages there is a peepal tree that is considered sacred. People who sit below it are expected to speak only the truth and no lies since it is believed that Gods come and settle on the leaves of this tree. A man sitting below it picks up a leaf and invokes the God sitting on the tree:
‘If I speak anything but the truth, crush me like I can crush this leaf’.
“He then says what he intends to say. He speaks only the truth…”

This lecture also talks about the Indian courts, judges, attorneys and the men and women booked under the existing British laws in India. His language is a little difficult and convoluted by today’s standards but it is full of humour and detail.  It also indirectly is a criticism of the laws then prevailing in India.

Reading some of his writings, one is amazed at the depth of his understanding and appreciation of Indian life and culture apart from his versatility in the Sanskrit language.

Personalities like him are difficult to find in today’s materialistic world. Truly, Max Müller was a scholar and human being extraordinaire.

This article originally appeared on Transcend Media Service (TMS) on 25 May 2020.

Anticopyright: Editorials and articles originated on TMS may be freely reprinted, disseminated, translated and used as background material, provided an acknowledgement and link to the source, TMS: Max Müller – A Scholar Extraordinaire, is included. Thank you.