The Race to Replace a Dying Neoliberalism

The world’s prevailing socio-political models aren’t going to survive this pandemic. What’s going to replace them?

The morning will come
When the world is mine.
Tomorrow belongs to me!
— From Cabaret 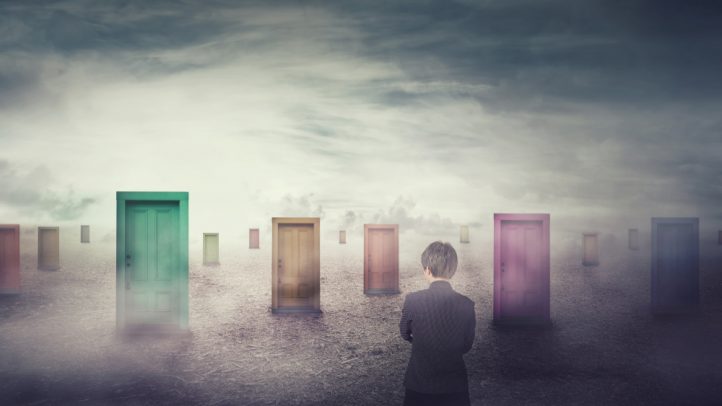 13 May 2020 – In response to the cataclysm occasioned by the coronavirus, three lines of thinking are emerging.

One is that the emergency necessitates extraordinary measures, but the basic structure of production and consumption is sound, and the problem lies only in determining the moment when things can return to “normal.”

One might say that this is the dominant opinion among political and business elites. Representative of this outlook is the infamous Goldman Sachs-sponsored teleconference involving scores of stock market players in mid-March of this year, which concluded that “there is no systemic risk. No one is even talking about that. Governments are intervening in the markets to stabilize them, and the private banking sector is well capitalized. It feels more like 9/11 than it does 2008.”

A second line of thinking is that we are now in the “new normal,” and while the global economic system is not significantly out of kilter, important changes must be made to some of its elements, such as redesigning the workplace to accommodate the need for social distancing, strengthening public health systems (something even Boris Johnson now advocates after Britain’s National Health System saved his life), and even moving towards a “universal basic income.”

A third response is that the pandemic provides an opportunity for transforming a system that is ridden with deep economic and political inequalities and is profoundly destabilizing ecologically. One must not simply talk about accommodating a “new normal” or expanding social safety nets, but of decisively moving toward a qualitatively new economic system.

In the global North, the needed transformation is often articulated in the form of demands for a “Green New Deal” marked not just by “greening” the economy but by a significant socialization of production and investment, democratization of economic decision making, and radical reductions in income inequality.

In the global South, proposed strategies, while addressing the climate crisis, stress the opportunity offered by the pandemic to tackle deep-seated economic, social, and political inequalities. An eloquent example is the “Socialist Manifesto for a Post-Covid 19 Philippines” by the Laban ng Masa people’s coalition, a detailed list of short and long-term initiatives the introduction to which proclaims:

The manner and disorder of these hegemonic players’ responses to the crisis proves beyond a shadow of doubt that the old order can no longer be restored and its ruling classes can no longer administer society in the old way. The chaos, uncertainties, and fears resulting from Covid-19, depressing and dreary though they may be, are also pregnant with opportunities and challenges to develop and offer to the public a new way of organizing and managing society and its attendant political, economic, and social components. As the socialist Albert Einstein pointed out: “We cannot solve our problems with the same thinking we used when we created them.”

This Time is Really Different

The first two perspectives downplay the possibilities for radical change, with some predicting that the popular response will be much like that during the 2008 financial crisis — that is, people feeling dislocated but with no appetite for much change, much less radical change.

This view rests on mistakenly equating where people were at during the two crises.

Crises do not always result in significant change. It is the interaction or synergy between two elements: an objective one, meaning a systemic crisis, and a subjective one, that is, the people’s psychological response to it that is decisive.

The global financial crisis of 2008 was a profound crisis of capitalism, but the subjective element — popular alienation from the system — had not yet reached a critical mass. Owing to the boom created by debt-financed consumer spending over two decades, people were shocked by the crisis, but they were not that alienated from the system during the crisis and its immediate aftermath.

The level of discontent and alienation with neoliberalism was already very high in the global North before the coronavirus hit, owing to the established elites’ inability to reverse the decline and living standards and skyrocketing inequality in the dreary decade that followed the financial crisis. In the U.S., the period was summed up in the popular mind as one where the elites prioritized saving the big banks over saving millions of bankrupt homeowners and ending large-scale unemployment, while in much of Europe, especially in the south, the people’s experience of the last decade was captured in one word: austerity.

And in much of the global South, the chronic crisis of underdevelopment under peripheral capitalism, exacerbated by neoliberal “reforms” since the 1980s, had already shredded the legitimacy of key institutions of globalization like the World Bank, International Monetary Fund, and World Trade Organization, even before the 2008 crisis.

The coronavirus pandemic of 2020, in short, roared through an already destabilized global economic system suffering from a deep crisis of legitimacy. The sense that things had run out of control — certainly out of the control of the traditional political and economic managers — was the first shocking realization. This mass perception of astonishing elite incompetence is now connecting to the already deep-seated feelings of resentment and anger boiling over from the post-financial crisis period.

So the subjective element, the psychological critical mass, is there. It is a whirlwind that is waiting to be captured by contending political forces. The question is who will succeed in harnessing it.

The global establishment will, of course, try to bring back the “old normal.” But there is simply too much anger, too much resentment, too much insecurity that have been unleashed. And there’s no forcing the genie back into the bottle. Though for the most part falling short of expectations, the massive fiscal and monetary interventions of capitalist states during the last few weeks have underlined to people what is possible under another system with different priorities and values.

Neoliberalism is dying; it’s only a question if its passing will be swift or “slow,” as Dani Rodrik characterizes it.

Who Will Ride the Tiger?

Only the left and the right are serious contenders in this race to bring about another system.

Progressives have come up with a number of exciting ideas and paradigms developed over the last few decades for how to move towards a truly systemic transformation, and these go beyond the left-wing technocratic Keynesianism identified with Joseph Stiglitz and Paul Krugman. Among these truly radical alternatives are the already mentioned Green New Deal, democratic socialism, degrowth, deglobalization, ecofeminism, food sovereignty, and “Buen Vivir” on “Living Well.”

The problem is these strategies have not yet been translated into a critical mass on the ground.

The usual explanation for this is that people are “not ready for them.” But probably more significant as an explanation is that most people still associate these dynamic streams of the left with the center left. On the ground, where it matters, the masses cannot yet distinguish these strategies and their advocates from the social democrats in Europe and the Democratic Party in the U.S. that were implicated in the discredited neoliberal system to which they had sought to provide a “progressive” face. For large numbers of citizens, the face of the left is still the Social Democratic Party (SPD) in Germany, the Socialist Party in France, and the Democratic Party in the U.S., and their records are hardly inspiring, to say the least.

In the global South, leadership of or participation in liberal democratic governments also led to left-wing parties being discredited when these coalitions adopted neoliberal measures that came under the rubric of “structural adjustment,” even as the “Pink Tide” in Latin America ran into its own contradictions, and communist states in East Asia became state capitalist systems with a strong dose of neoliberalism. Once seen as a break with the past, the Concertacion in Chile, the Workers’ Party in Brazil, Chavismo in Venezuela, and the so-called Beijing Consensus are now seen as part of that past.

In short, the center-left’s thorough-going compromise with neoliberalism in the North along with progressive parties and states going along with if not actively adopting neoliberal measures in the South tarnished the progressive spectrum as a whole — even though it was from the non-mainstream, non-state left that the critique of neoliberalism and globalization initially issued in the 1990s and 2000s.

It is a dark legacy that must be decisively pushed aside if progressives are to connect with the mass anger and ressentiment that are now boiling over and transform it into a positive, liberating force.

Unfortunately, it is the extreme right that is currently best positioned to take advantage of the global discontent, because even before the pandemic, extreme right parties were already opportunistically cherry-picking elements of the anti-neoliberal stands and programs of the independent left — for instance, the critique of globalization, the expansion of the “welfare state,” and greater state intervention in the economy — but putting them within a right-wing gestalt.

So in Europe, you had radical right parties — among them Marine Le Pen’s National Front in France, the Danish People’s Party, the Freedom Party in Austria, Viktor Orban’s Fidesz Party in Hungary — abandoning parts of the old neoliberal programs advocating liberalization and less taxation that they had supported and now proclaiming they were for the welfare state and for more protection of the economy from international engagements, but exclusively for the benefit of the people with “right skin color,” the “right culture,” the “right ethnic stock,” the “right religion.”

Essentially, it’s the old “national socialist” class-inclusivist but racially and culturally exclusivist formula, whose consummate practitioner at present is Donald Trump. But, unfortunately, it works in our troubled times, as shown by the unexpected string of electoral successes of the far right that have pirated large sectors of social democracy’s working class base.

Meanwhile in the global South, charismatic leaders with cross-class appeal, like Rodrigo Duterte in the Philippines and Narendra Modi in India, harnessed for their authoritarian projects the popular discontent with long-time liberal democratic regimes whose severely unequal social structures belied their democratic pretensions, sidelining progressive parties that had either compromised with neoliberalism, were imprisoned in classist paradigms that failed to understand the new “populist” realities, or were debilitated by sectarian feuds. Now, using the coronavirus as an excuse, these authoritarian personalities have tightened their repressive hold on the political system with extremely high levels of mass approval of their measures.

…But Don’t Count Out the Left

But one would be foolish to count out the left.

History has a complex dialectical movement, and there are often unexpected developments that open up opportunities for those bold enough to seize them, think outside the box, and willing to ride the tiger on its unpredictable route to power — of which there are many on our side, especially among the younger generation.

But history is also unforgiving, and it rarely tolerates making the same mistake twice. Should progressives again allow discredited social democrats in Europe and Obama and Biden-type Democrats in the U.S. to drag progressive politics back to a new compromise with a dying neoliberalism, the consequences can be truly, truly fatal.

If that happens, then that chilling scene in the movie Cabaret, where ordinary people led by a young Nazi sing “Tomorrow belongs to me,” has a great chance of becoming reality… again.

Walden Bello is the co-founder of and current senior analyst at the Bangkok-based Focus on the Global South and the International Adjunct Professor of Sociology at the State University of New York at Binghamton. He received the Right Livelihood Award, also known as the Alternative Nobel Prize, in 2003, and was named Outstanding Public Scholar of the International Studies Association in 2008. Bello did his doctoral dissertation on the counterrevolution in Chile in 1970-73. He is currently senior research fellow at the Center for Southeast Asian Studies of Kyoto University.

One Response to “The Race to Replace a Dying Neoliberalism”