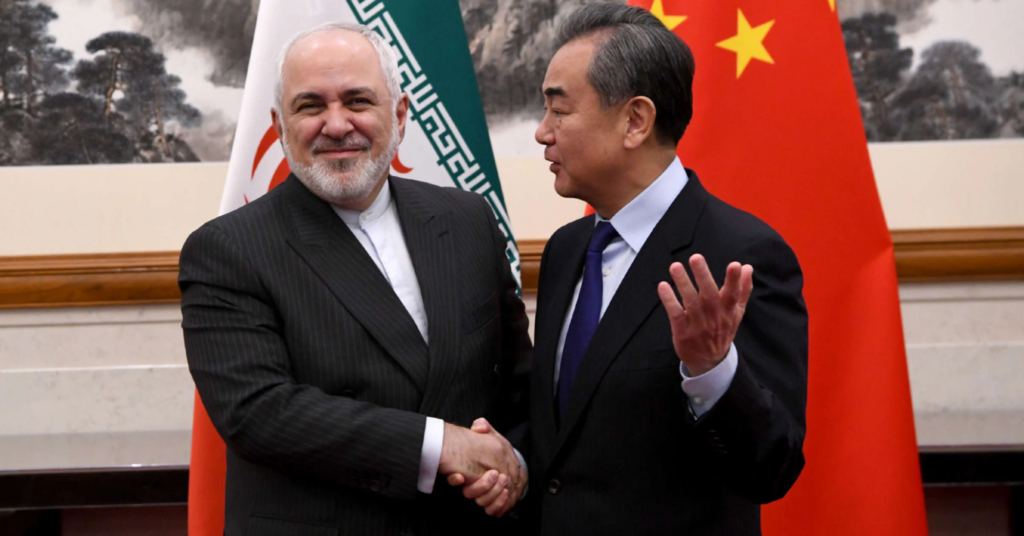 15 Jul 2020 – China and Iran have drafted a “sweeping economic and security partnership,” according to The New York Times. China will get a regular, heavily discounted supply of Iranian oil for the next 25 years, as well as an expanded role in Iranian banking, ports, railways, telecommunications and myriad other projects. Iran and China will also increase their military cooperation.

This “strategic partnership” is the result of Donald Trump’s punishing sanctions against Iran. Although it has not yet been formally approved by Iran’s Parliament, Ayatollah Ali Khamenei, Iran’s supreme leader, favors the partnership.

Two years ago, Trump pulled the United States out of the Iran nuclear deal — the 2015 Joint Comprehensive Plan of Action (JCPOA). In the JCPOA, which the Obama administration negotiated, Iran agreed to curtail its nuclear program in return for billions of dollars of relief from punishing sanctions. Although Iran was complying with the agreement, Trump cancelled the deal.

Trump reimposed the harsh sanctions which include closing the international banking system to any company that does business with Iran. This has had a devastating effect on Iran’s economy from the loss of foreign trade.

European countries refrain from trading with Iran to avoid the U.S.’s wrath. “But Tehran’s desperation has pushed it into the arms of China, which has the technology and appetite for oil that Iran needs,” Farnaz Fassihi and Steven Lee Myers reported in the Times. Iran, one of the world’s leading oil producers, has seen its oil exports plummet from Trump’s sanctions.

The U.S. State Department responded to the announcement of the new partnership by pledging to “continue to impose costs on Chinese companies that aid Iran, the world’s largest state sponsor of terrorism.” This refers to Iran’s support for Hezbollah and Hamas. Both of these organizations emerged in resistance to U.S.-supported Israeli violence and aggression, which vastly exceeds anything attributed to those groups.

China’s economic support for Iran is not the only aid the U.S. government will find objectionable. China could obtain access to Iranian ports near the Strait of Hormuz on the Persian Gulf, “the world’s most important oil chokepoint because of the large volumes of oil that flow through the strait,” the U.S. Energy Information Administration’s website says. “American warships already tangle regularly with Iranian forces in the crowded waters of the Persian Gulf and challenge China’s internationally disputed claim to much of the South China Sea, and the Pentagon’s national security strategy has declared China an adversary,” Fassihi and Myers noted.

The United States maintains a baseline of over 60,000 U.S. forces in and near the Persian Gulf. By early 2020, about 14,000 U.S. military personnel had been added, according to a May 2020 report of the Congressional Research Service (CRS).

Tensions Between the U.S. and Iran Are Already Mounting

The partnership comes on the heels of six months of increasing tensions between the United States and Iran. On January 2, Trump illegally assassinated Iranian Maj. Gen. Qassim Suleimani and Iraqi senior military leader Abu Mahdi al-Muhandis outside the Baghdad airport in Iraq.

In a report released on July 7, Agnes Callamard, United Nations special rapporteur on extrajudicial, summary or arbitrary executions, concluded that the drone attack that killed Suleimani, al-Muhandis and eight other members of Iran’s military was unlawful. Callamard wrote that the strike violated the UN Charter as there was insufficient evidence of an ongoing or imminent attack and it thus constituted “an act of aggression.”

Meanwhile, Iran has issued arrest warrants for Trump and 35 other U.S. military and political leaders involved in Suleimani’s killing. They have been charged with “murder and terrorism acts,” Iran’s Islamic Republic News Agency reported.

On July 2, Israel mounted a damaging attack on Iran’s Centrifuge Assembly Center at Natanz. Some officials told the Times that a “joint American-Israeli strategy was evolving,” which included the attacks on Suleimani and the Natanz facility. In light of Secretary of State Mike Pompeo’s close relationship with Yossi Cohen, director of Israel’s spy service Mossad, it’s “difficult to believe that Mr. Pompeo has no idea” about the Natanz explosion, David Sanger wrote.

U.S. officials are seeking an extension of the UN Security Council ban on arms transfers to Iran, set to expire on October 18, “in order to prohibit Russia and China from proceeding with planned arms sales to Iran,” the May CRS report says. But China and Russia, both permanent members of the council, have veto power over any such extension. If the U.S. doesn’t succeed in extending the ban, it “might use its sanctions laws and authorities to deter any arms sales to Iran,” a July 6 report of the CRS indicates.

On July 9, a bipartisan group of congress members announced their introduction of the Limit on the Expansion of the Authorization for Use of Military Force Act. It does not attempt to repeal the 2001 AUMF, which has been used to justify U.S. military intervention in “dozens of countries.” Nor does it make “a statement on current or previous U.S. military actions.” The bill says that the 2001 AUMF “cannot be used as the basis for sending our military into any country where U.S. armed forces are not engaged in hostilities today.”

Would the bill apply to Iran? It depends on whether U.S. armed forces are engaged in hostilities in Iran. After the Suleimani killing, U.S. officials stated that the “United States is not currently engaged in any use of force against Iran.”

On May 6, Trump vetoed S.J. Res. 68, which both houses of Congress had passed. It would have directed the president to end the use of U.S. forces in Iran unless authorized by Congress. In his veto statement, Trump wrote, “Contrary to the resolution, the United States is not engaged in the use of force against Iran.”

If China and Iran conclude their partnership agreement, Trump would presumably be less likely to use military force against Iran. If he did, he would have to be willing to take on China as well. That would be most unwise.

In addition, if Trump committed another act of aggression against Iran, he would likely face large protests like those that occurred after Suleimani’s assassination.