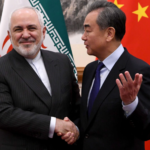 15 Jul 2020 – China and Iran have drafted a “sweeping economic and security partnership.” China will get a regular supply of Iranian oil for the next 25 years and an expanded role in Iranian banking, ports, railways, telecommunications and other projects. They will also increase their military cooperation. This is the result of Trump’s sanctions against Iran and Ayatollah Ali Khamenei, Iran’s supreme leader, favors the partnership. 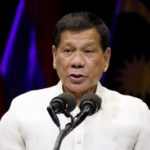 17 Mar 2019 – Philippine President Rodrigo Duterte and his government committed war crimes and crimes against humanity, aided and abetted by U.S. President Donald Trump and his administration, according to a recent ruling from the International Peoples’ Tribunal on the Philippines. 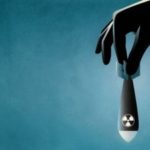 8 Feb 2018 – For the first time, the new NPR states that the United States could use nuclear weapons in response to non-nuclear attacks, including cyberattacks, in “extreme circumstances to defend the vital interests of the United States, its allies and partners.” This new strategy opens the door to first-use of nuclear weapons, which is prohibited under international law.

Thanks to Scarlett Johansson, the American Studies Association and Benjamin Netanyahu, the Boycott, Divestment and Sanctions movement has entered our national discourse. Unless and until Israel ends its brutal occupation of Palestinian lands, grants full equality to all its people, and recognizes the right of Palestinian refugees to return to their land, the non-violent BDS movement will continue to grow and cripple the Israeli economy.

“Big Brother is Watching You,” George Orwell wrote in his disturbing book 1984. But, as Mikko Hypponen points out, Orwell “was an optimist.” Orwell never could have imagined that the National Security Agency (NSA) would amass metadata on billions of our phone calls and 200 million of our text messages every day.

Even as Nobel Peace Prize winner Desmond Tutu urges a war-crimes trial for George Bush and Tony Blair for invading Iraq, U.S. Attorney General Eric Holder gives an all-clear to Bush’s subordinates for homicides that resulted from torture in Afghanistan and Iraq, a repudiation of U.S. law and principles.

Jurist Contributing Editor Marjorie Cohn of Thomas Jefferson School of Law says that instead of leaving the door open for the CIA to continue to engage in the rendition of terrorism suspects to other countries so long as the process is somehow handled "humanely", the Obama administration should end renditions altogether and prosecute those who […]