A True Intelligence Assessment, For Once! 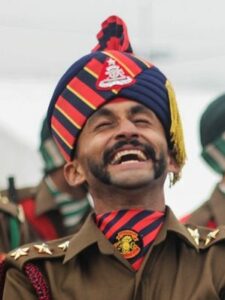 28 Jul 2020 – On this amazingly beautiful planet, a certain prominent society has been exhibiting rather strange behaviour in recent decades. Surprisingly, it is the ‘high IQ’ people of this society – its presumed ‘thought-leaders’ – who show the strangest patterns of behaviour.

The ‘high IQ’ strange patterns of behaviour may be categorized roughly as follows:

These HIQP categories are overlapping, of course. Many so-called ‘academics’, for example, are also busy becoming celebrities and angling for political appointments. Among these various categories of HIQP, there are endless rounds of collusion alternating with cut-throat competition – depending on what ‘situational ethics’ may dictate at any time.

Strictly speaking, these HIQP do not belong to the society. While they are quick to grab whatever they can, they abhor the thought of sharing in the society’s hardships. Having lived happily for decades in bubbles of unreality, they have become outwardly smug in the belief that nothing untoward can happen to them which cannot be easily talked away. As a result, their basic survival instinct and creativity has become blunted.

Apart from the technology nirvana which is ‘just around the corner’, the HIQP have no shared vision for the future of society, the younger generations, or the weaker citizens. In spite of their high IQ, they have no practical judgement of difficult real-life situations.

Indeed, society and its well-being are conveniently ignored in the addled HIQP minds.

Many may remember Maggie Thatcher’s infamous saying: ‘There is no such thing as society’. In an abstract philosophical sense she was right – except of course that she was PM, not a philosopher. Welfare of the people of a country is the prime responsibility of the prime minister. An abstract philosopher should quit and go to the Himalayas.

Imagine now that the society in question, infested with an oversupply of HIQPs, is also regarded as a ‘superpower’, meaning thereby that this society wields a horrific array of weapons of destruction. Right away, the tragic reality should be noted that power is nowadays associated with destruction rather than creativity.

What are the sources of this particular power? Mainly these: (a) might of weapons, (b) baggage of history, and – following from these two – (c) financial might.

So we now have a situation where HIQPs with addled minds are directly or indirectly controlling a vast array of weapons of destruction, both physical and financial.

This is definitely a present-day challenge for a thinking mind. But this challenge is not fundamentally any different from the uncountable challenges mankind has faced over the hundred millennia or so that it has been around on this beautiful planet.

So what’s with the photograph? Surely it is out of place here!

The photograph is NOT out of place. It shows a brave soldier, the very opposite of an HIQP. Most certainly, the soldier is an intelligent person; but he would probably NOT do too well on the IQ tests devised by the HIQP for their own glorification and cronyism.

The soldier is in all probability a family man and a respected member of his community. He is a reliable person, and he is ready to lay down his life in war, secure that his family would be more or less alright in the community. His main concern in war would be how many enemy personnel he ‘takes out’ before laying down his own life.

HIQPs and a brave soldier are temperamentally the opposites of each other. What then is the relationship between the HIQPs and the soldiers?

From the HIQP point of view, soldiers are – what else? – ‘pawns’. These ‘pawns’ are to be utilized in a delusional game of geopolitical chess.

From the soldier’s point of view, the HIQPs represent ‘civilian power’. In today’s age of global spread of awareness, however, the soldier does not have blind faith in any power –civilian or divinely ordained – for which he would gladly lay down his life.

The soldier today has a critical mind, which ‘pawns’ during the World War I, for example, might not have had. Today a soldier must know and accept the reason for going to war.

Can the HIQPs provide the right reason for a soldier to lay down his life?

In the self-centred world of HIQPs, right and wrong do not matter. To make their crazy life seem ‘smart’, HIQPs have invented phrases like ‘post-truth’. So as long as one is articulate, persuasive, photogenic, assertive and well-networked – what one says does not matter.

The truth value of a narrative does not count. What counts is only the result: Which narrative ‘looked like it carried the day’? That explains the HIQP’s 24×7 yakety-yak.

In such an environment, rational debate is not possible.

Rational debate requires mutual understanding and acceptance of the premises and the process of logical thinking. There is of course an unwritten rule of wise people that the premises must accord with reality, with truth.

For HIQPs, all that matters is whether a debater is articulate, persuasive, photo­­genic, assertive and well-networked. There is no need to introduce any pesky ‘truth’ in the debate. It is far easier to just continue being articulate, persuasive … et cetera. Keep playing. Truth is a can which can always be kicked further down the road. Tomorrow is another day.

If rational debate is not possible, can diplomacy succeed? Of course not! After all, diplomacy also has its premises and its conventions of debate.

And what happens if diplomacy fails? Conflict, what else?

Here it must be noted that, even during a conflict, HIQPs would be ‘directing’ the course of the conflict on behalf of one or more adversaries.

So now we reach a key point. The HIQPs do not seem to understand a basic fact: The gun does not win the war; the soldier behind the gun does.

Absolutely the highest qualities of mind are required in battle. A key ingredient of such a highly trained mind is unflinching faith that the person is waging a just war.

However, the self-centred HIQPs are driven by greed and lust, including power-lust. It is simply impossible for them to bring to life a unifying cause or vision which brings people together towards a just and worthy cause which calls for a big sacrifice.

HIQPs are constantly making and breaking alliances even within their own small coteries. For example, if a few of them are vying for the same vacuously powerful but juicy position – say the Assistant Special Secretary (Housing) for Oman, Lebanon and Egypt[*] – then they are for all practical purposes ‘at draggers drawn’ against each other. Well-being of the people of Oman, Lebanon and Egypt is just a ‘meme’ which may prove useful sometime.

[*] An executive order has been signed stating that, for national security reasons, the above-referred position should always be written out in full, never by its acronym.

In the present age of awareness, it is inevitable that most soldiers see through the games of the HIQPs – while a few may actually join the HIQPs in the chase for power and fame.

We live in interesting times, when even the meaning of ‘intelligence’ must be questioned and rediscovered. If ‘intelligence’ is driven by greed and lust, it becomes tragically and pathologically short-sighted. Then ‘high IQ’ can only worsen and hasten matters.

The author’s preferred definition of ‘intelligence’ links it closely to community well-being.

Some more thoughts broadly in this direction can be found at economics-for-you.club.

Anticopyright: Editorials and articles originated on TMS may be freely reprinted, disseminated, translated and used as background material, provided an acknowledgement and link to the source, TMS: A True Intelligence Assessment, For Once!, is included. Thank you.