Being Different, Being Unique

24 Aug 2020 – A new tendency is being observed in some regions of the world — to become unique, to be different from other people either physically or in some other noticeable manner. In other words, to look different from others. For this purpose sometimes some dubious means are adopted, usually by youngsters, both male and female.

Why is this feeling there? There could be several reasons but one that strikes me is the following:

In the complex diverse, heavily populated world that we are part of, we seem to have lost our identity. We may have an identity card, a driving license but what am I, is a question that appears to people often. Am I just a number on the card, am I just a worker in a factory employing hundreds, am I just one of the thousands of people living in a part of the city?

Questions of this nature do arise and occasionally bother an individual. One’s feelings, one’s unfulfilled ambitions despite having talent — to be a novelist, a singer, a poet, a film star with a large following, are perhaps responsible for this state of mind.

There is also the feeling of sadness if one has loved a person and not had one’s love returned by the other. This is quite common among the young generation. There is a famous song from a well known Hindi film that states, “jane ve kaise log the jinke pyar ko pyar mila…?’ which may be translated as ‘who are the fortunate people whose love was returned by love …..?’

Perhaps this feeling of solitude and ruptured desires is accentuated in the present world of TV, newspapers, social media that give us a glimpse of more successful people. In fact, if one is not successful or distinguished, the person would not be in the news. The various media go after celebrities — not unknown people. In former times, this deprivation would not have been noticed for obvious reasons — there was no TV or social media and newspapers only stuck to news, not ads.

One positive means of remaining happy is by making another person happy by some action or by some words. But this is rare today although intrinsic to most religions, especially the Hindu faith.

So how do some persons alleviate their lonesomeness and inferiority? One method is by tattooing one’s body. Earlier one could see a tattoo provided by a parent on their child’s arm to indicate the name of the child. Some cattle were tattooed to indicate who their owners were.

Today one often sees large and varied amounts of tattoos on not only arms, but also on thighs or legs or even on necks. These tattoos are usually permanent. If they were temporary one could remove them or change them, but the permanent ones defy this facility. What makes tattooing attractive? Different reasons are offered; one of the common ones being that this way “I am different from everyone else. I am unique and I feel happy.” Another reason given is that it reminds the individual of some happy occasion.

Another means of looking and being different from others by men is the hairstyle that one likes and adopts. A similar means is growing a large moustache on one’s face — which sometimes touches even one’s neck. 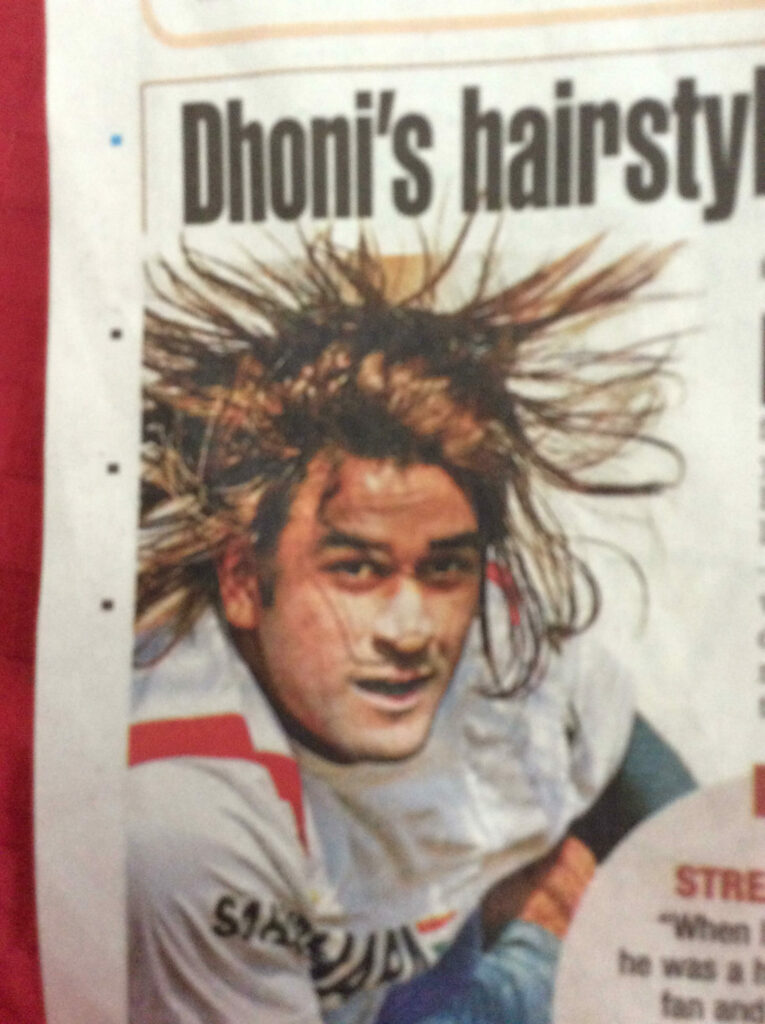 Women also have several types of hairstyles — from long ones that may reach the woman’s knees, to short bobbed hair styles.

An unfortunate event was narrated to me by a friend of mine. He had seen a young man about to commit suicide. The young man who was about twenty five years old had felt isolated and useless. He had expressed his anguish by mentioning to one of his few friends that he was going to commit suicide. Why? He felt that the world did not need him, he was useless. So why live in the world that did not care for him?

Could the person who had been confided about the suicide, be accused of abetting his friend’s suicide? This is a knotty legal issue that I would not like to discuss here.

To end this essay on a positive note, one should try to celebrate one’s uniqueness. Everyone is born with an innate quality which one needs to discover and strengthen — it could be in music, poetry, dramatics or science.

There are some rare persons who had an intrinsic love and ability in Mathematics. One such person from South India was S Ramanujan (1887—1920)  who kept on thinking about difficult aspects of numbers and thereby discovered some new theorems and proved that some others were incorrect. How his mind worked, he himself did not know. His talents were recognised and he was invited to Trinity College, Cambridge University by the well known mathematician G H Hardy. He kept on working on his unique interest on numbers and developed some brilliant theorems.

Another Indian, a woman named Shakuntala Devi (1929-2013) could mentally add, multiply, divide long numbers and give the correct answers in seconds. Again she herself could not explain her unique talent. She was popularly known as a Human Computer.

In the area of painting there are several European artists who painted world renowned paintings One of the most prominent painters is the Italian Leonardo da Vinci (1452-1519) who painted the portrait of Mona Lisa about five centuries back. It is hung in the Louvre Museum, Paris and attracts millions of people worldwide. Another well known artist is the Dutch painter Vincent Van Gogh  (1853-1890) who spent most of his time in Paris and died there. Vincent is again renowned for several paintings including his sad looking self portrait. Other renowned European artists are Claude Monet, Pablo Picasso, and Salvador Dali, each with a distinctive style.

One cannot do much to alleviate the feeling of deprivation or lonesomeness in today’s complex global world. If a religious person, one may ask God why he has been unkind to him whereas some others have been blessed by the bounties showered on by the Deity. Be that as it may, more people, especially those who believe in Islam or Hinduism and some other faiths, congregate in large religious gatherings to overcome their isolation.

Let them feel part of a big family and happy.

Anticopyright: Editorials and articles originated on TMS may be freely reprinted, disseminated, translated and used as background material, provided an acknowledgement and link to the source, TMS: Being Different, Being Unique, is included. Thank you.