Could the Dogs of War Have Been Kept Chained? Prelude to the Guns of August

World War I, also known as the First World War or the Great War, started on 28 Jul 1914: Guns of August.

The possibility of war was in the air since 1890 when Otto von Bismarck had been replaced as Chancellor of Prussia.  He had kept a fairly steady hand on the complex of alliances being formed among the European Powers and tried to keep Prussia out of colonial adventures in Africa which would have increased rivalries with France and Britain.  But the young Kaiser, William II dismissed Bismarck in March 1890.  The Kaiser quickly alienated Russia and alarmed Britain by encouraging colonial and naval ambitions so that by 1914 the political map of the world had largely become the map of the colonial possessions, protectorates, and spheres of economic influence of the Great Powers which dominated the international scene.

The Balkan wars of 1912 and 1913 indicated that wars were still possible, but most leaders of the Great Powers felt that they could adjust the status quo by diplomacy and conferences. Norman Angell in The Great Illusion (1908) had pointed out the futility of war from an economic point of view.  Nevertheless, the storm clouds kept gathering.

If the leaders of the European Powers were to move from crisis to crisis leading to war, was there anything that people could do to halt the irreconcilable aspirations of governments?  One hope was that the socialist-led labour movement would refuse to fight against the working class of other states. The growth of industry since 1900 had led to the creation of a labour movement in the most heavily-industrialized countries: Germany, England, France.  Could a link among such movements prevent war?

On 29 July 1914, the International Socialist Bureau met in Brussels under a banner “War on War” with socialist leaders from England, France, Germany, and Belgium. The two best know figures were Keir Hardie from Britain and Jean Jaurès of France.

Jean Jaurès (1859-1914) was first a professor of philosophy having attended l’Ecole Normale Supérieur, the French elite institution which forms teachers for the last years of secondary schools and universities.  Jaurès was a classmate of Henri Bergson who later became known as the leading philosopher of his day.  Jaurès was elected to the French Parliament when only 26, and in 1893 defended local coal miners from his southwest area (Tarn) and gained a national reputation. 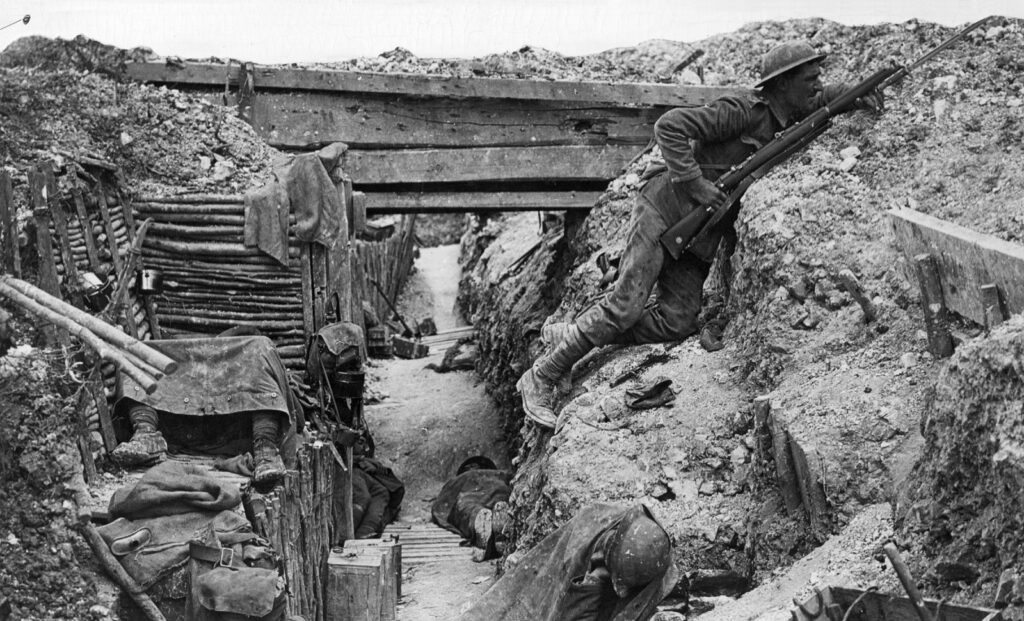 Jaurès was an outstanding speaker, fired by a humanistic, non-dogmatic drive that led to his speaking to meetings in all parts of the country.  As a non-dogmatic person, he was able to bring different strands of social reformist thought together into a relatively unified socialist party. Increasingly, Jaurès represented French socialism abroad.  As a student, he had written on German thinkers, in particular Fichte and Hegel and so was at ease with German socialists.

The idea of an “international general strike” if a war was declared was one of the ideas being discussed in socialist circles in England, France and Germany.  However, no definite plans were set.  Many socialists accepted the narrow nationalist spirit of their countries.

Two days after the Brussels meeting, on 31 July 1914, when Jaurès was back in Paris and sitting in a café, he was shot dead by a man claiming to be a nationalist.  In the violent style of writing of the time, Rightist newspapers had been calling for the death of Jaurès.  Jaurès had earlier defended the Captain Dreyfus in what was a crucial division of French political life, and so he had many enemies from the Right. Jaurès had said that Dreyfus was “a living witness to military lies, to political cowardice, to the crimes of authority.”

Whatever the motivations, the killing of Jaurès silenced a voice that might have called for restraint and reason as the governments rushed to war based on the fear that the other side would change power relations decisively in its favor.

Anticopyright: Editorials and articles originated on TMS may be freely reprinted, disseminated, translated and used as background material, provided an acknowledgement and link to the source, TMS: Could the Dogs of War Have Been Kept Chained? Prelude to the Guns of August, is included. Thank you.