14 Aug 2020 – Beirut has exploded, and with it the heart of Lebanon has died. Government –if it existed at all–no longer exists in Beirut.

Lebanon today is like Cambodia after the Khmer Rouge: the solution for Cambodia was to abandon everything and to start over. During 1993–following the Paris Peace Accord–the United Nations took over Cambodia and ran the country for one year. The Ministry of Health in Phnom Penh during 1993 was run by the UN’s World Health Organization; the Ministry of Agriculture was taken over by the UN’s Food and Agriculture Organisation; Cambodia’s children became the responsibility of UNICEF, while the army and security forces were run and retrained by United Nations Peacekeepers. 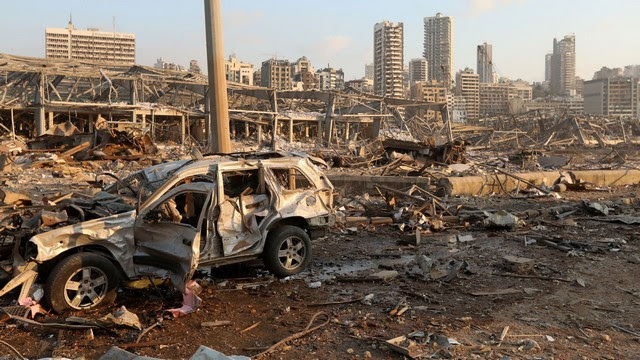 I propose that the United Nations Secretary General should be instructed by the Security Council to set up a provisional UN Administration in Lebanon led by a recognized and neutral UN Administrator, who will replace the government, restore basic services with the help of Lebanon’s friends, and convene a National Conference at the beginning of 2021.

This Conference will bring together all of the component parts of Lebanon in the Levant and across the Lebanese Diaspora. The National Conference will decide what to do next, and by the end of 2021 the United Nations should be able to withdraw, handing back power to the Lebanese people and the new governance systems that they will have designed for their country.

Robin Edward Poulton, Ph.D. is a member of the TRANSCEND Network for Peace, Development and Environment and the Founder of the EPES Mandala Peace Consultancy. He is a sometime faculty member of the European Peace University (Austria) and an Affiliate Research Professor at Virginia Commonwealth University, and is a consultant advisor on Africa to governments, the U.N. and the European Union. He is a specialist in terrorism, disarmament, conflict transformation, and peace building. He has 25 years of field experience with UNDP, EU, USAID and NGOs. He is the author of several books in French and English on development and disarmament. He received his Ph.D. from the Ecole des Hautes Etudes en Sciences Sociales in Paris, France. repoulton@epesmandala.com

Anticopyright: Editorials and articles originated on TMS may be freely reprinted, disseminated, translated and used as background material, provided an acknowledgement and link to the source, TMS: Lebanon: A Proposal, is included. Thank you.

One Response to “Lebanon: A Proposal”