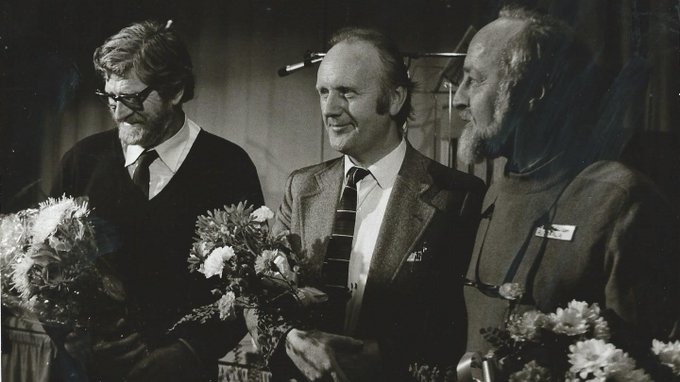 “Dear Mike Cooley–you may no longer be living among us, but you will never leave our minds.  You may pass away to some other world, but will keep on living among us as one whose thoughts and dreams, words and actions, are indelible.  Thank you, dear Mike.

The Right Livelihood Foundation is saddened by the passing of 1981 Laureate Mike Cooley, who was an innovator in the field of human-centred, socially useful production. Cooley passed away after a long illness on Friday, September 4, according to his family.

“Mike Cooley was a pioneer putting the well-being of people at the centre of production,”

“His compassion and foresight had a tremendous impact on the modern British workers’ movement. The Right Livelihood Foundation mourns the passing of this visionary Laureate. We send our deepest condolences to Cooley’s family.”

Cooley worked as a British aerospace design engineer and was also active as a trade unionist. He dedicated his time and energy to ensuring that industrial production met the needs of people, including workers. He established networks to link community groups, universities and polytechnics with the goal of developing ecologically desirable products and systems, particularly for people with disabilities and those coming from disadvantaged backgrounds.

In the early 1970s, Cooley became one of the pioneers of the now-famous Lucas workers’ Corporate Plan, whereby Lucas workers threatened with strikes unless they were allowed to draw up their own plan for socially useful production. They came up with a list of 150 products that they and Lucas could produce, including kidney dialysis machines and heat pumps. The plan was published in 1976 and, while it was eventually rejected by Lucas management, it had a great impact on the workers’ movement and other circles both in the UK and abroad. 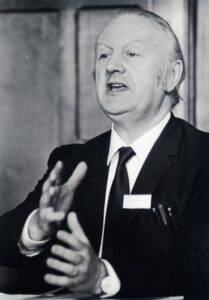 Later, Cooley became the Director of the Technology Division of the Greater London Enterprise Board, which had been set up to combat unemployment and became his base for getting involved with several other projects.

Through his work, Cooley pioneered the concept of “human-centred systems” to show how to avoid the misuse of new technologies, which were taking root rapidly in the 1970s and 1980s.

Cooley also regarded unemployment as one of the most serious issues confronting societies all over the world, which spurred him to get involved in a variety of job creation schemes.

He received the Right Livelihood Award in 1981 “for designing and promoting the theory and practice of human-centred, socially useful production.”