Fires Raze Nearly Half of Indigenous Territories in Brazil’s Pantanal 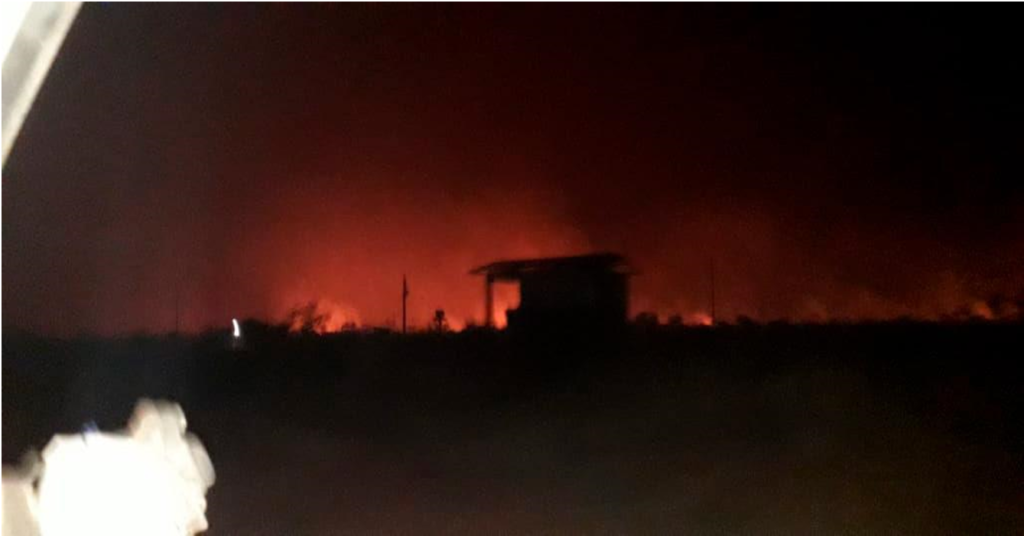 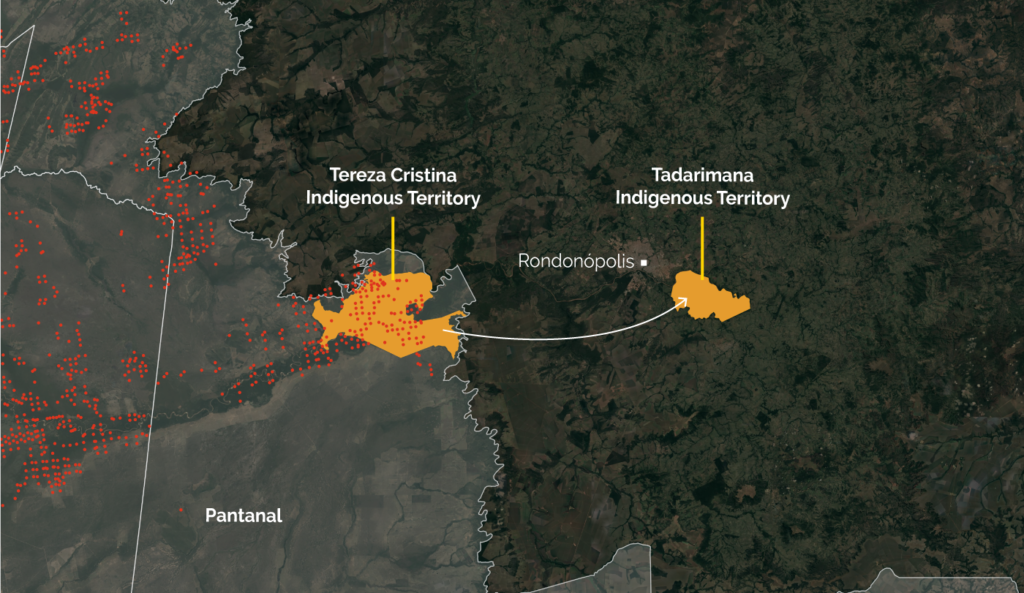 Indigenous people reported that Tadarimana land, near Rondonópolis and outside the Pantanal, suffered earlier from the fires. People had to go there when the fires hit the land Tereza Cristina, in August and September.

6 Oct 2020 – In September, 164 fires were recorded across Indigenous territories in the Brazilian Pantanal, the world’s biggest wetland. In August, there were more than 200. Nearly half of the certified Indigenous areas in the region have already been subject to fires that cut off villages, destroyed homes and farms, and sent community members to hospital for respiratory problems.

These are the findings of a study carried out by Agência Pública, an investigative journalism outlet, based on satellite date from INPE, the Brazilian National Institute for Space Research. The study analyzed all fire outbreaks reported in the Pantanal this year and showed that the number began increasing at the end of July but really took off in August and September: 72% of all the fires so far this year occurred in these two months.

The satellite data also revealed that in some of the areas hardest hit by the fires, the burning first appeared — and multiplied — on private properties before spreading to the Indigenous territories. Some fires began inside legal reservation areas and native forest on private properties that are supposed to be protected by law and conserved. 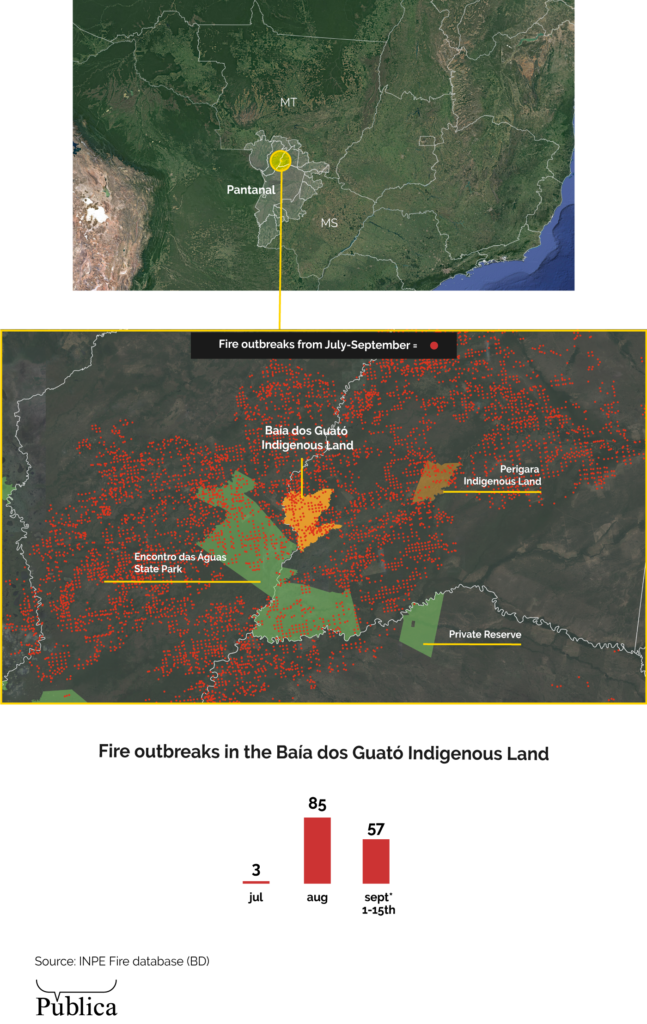 The case of the Guató territory is an example of how outbreaks can start on private properties and then spread to Indigenous territories and conservation areas. At the beginning of August, there were almost no fires north of the Guató land. But soon fires began to be reported in the legal reserves and native forests lying on private properties north of the Indigenous Guató territory.

CONTINUE READING IN THE ORIGINAL – mongabay.com

Anticopyright: Editorials and articles originated on TMS may be freely reprinted, disseminated, translated and used as background material, provided an acknowledgement and link to the source, TMS: Fires Raze Nearly Half of Indigenous Territories in Brazil’s Pantanal, is included. Thank you.