Conscientious objector Hallel Rabin was sentenced to 25 days behind bars for refusing to join the Israeli army over its policies toward the Palestinians. 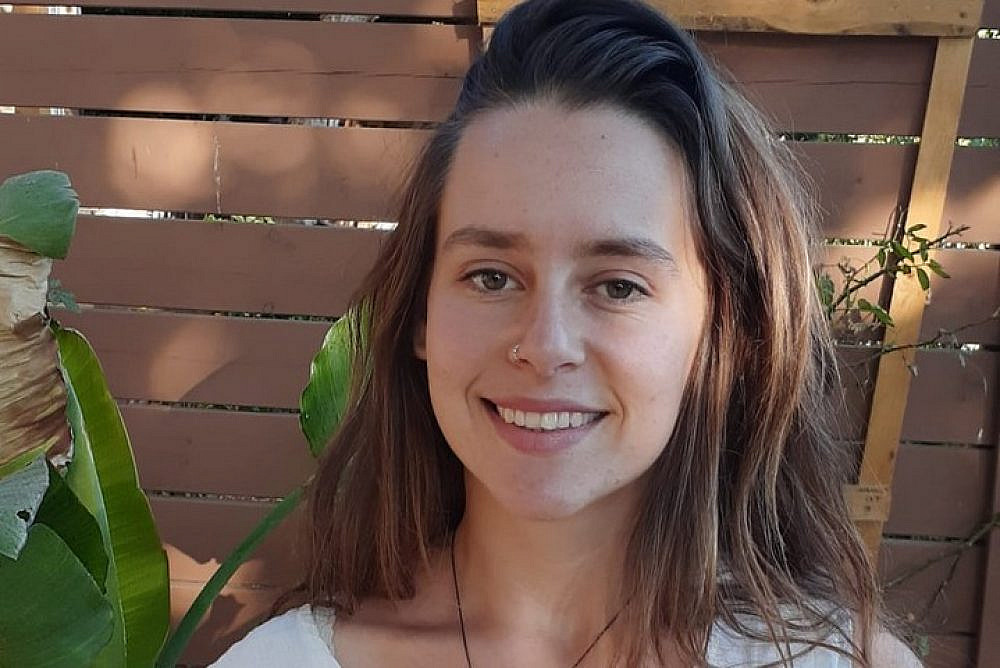 21 Oct 2020 – Israeli conscientious objector Hallel Rabin began serving a 25-day sentence in military prison today for refusing to join the Israeli army over its policies toward the Palestinians.

Rabin, 19, from Kibbutz Harduf in northern Israel, arrived at Tel Hashomer conscription base on Monday, where she was brought before the IDF’s conscientious objectors committee. Military conscription is mandatory for most Jewish Israelis.

This is Rabin’s third period of incarceration, while her appeal to the conscientious objectors committee is still pending. She was first imprisoned in August after appearing before the committee to appeal for an exemption. She was tried and sentenced to two different periods of incarceration, including during Rosh Hashanah, the Jewish New Year.

“People in power institute a policy of occupation and oppression of an entire nation,” Rabin wrote in her statement of refusal earlier this year. “I will not take part in a system which is based on inequality and fear. We live in a reality that raises us to be violent, and I refuse to take part in it or keep quiet about it.”

In a phone call a day before her sentencing, Rabin told +972 “I come from a very liberal home. We were all raised on the idea of love, equality, and freedom. I never thought there should be any difference between people of different races, genders, or sexes.

“My mother is a civics teacher. From a young age I asked myself questions about war; why there was war in some places but not others, why [we are] afraid of Arabs, etc. I had access to professional answers to my questions… From a young age I realized that not everyone thinks like I do.”

By the time Rabin entered middle school, politics had already become a burning issue for her. “At age 15, I understood that I won’t be able to enlist [in the IDF] — that doing so goes against my most basic ideals, and that I cannot support such violent policies.”

It was not naïveté or a refusal to take responsibility, Hallel continues, but a choice to take the more difficult route. “I could have gone along with the system… but I decided not to because I felt like it was not honest. It would have meant avoiding taking responsibility over our reality.”

Do you identify as a pacifist?

“I strive to be a pacifist. I recognize the violent energies that I unfortunately have, but I strive to make change through nonviolence. Even if I were living in Switzerland, I would refuse to join their army. The essence of an army is fighting, and in Israel this has a political context.”

What happened at the conscription base?

“It was a very short meeting [with the IDF’s conscientious objectors committee]. No one in the last half year has been exempted for being a pacifist [something that took place more frequently in the past]. The committee’s job is to analyze the new recruit’s worldview. They asked me a lot of questions about my background, my childhood, how I see the world, about enlisting. They differentiate between pacifism and political opposition. At the end of the day, I didn’t pass the committee.

“The meeting with the committee was set for a week and a half before my enlistment date. I received a response a week later, so I didn’t have enough time to appeal the decision.”

It took quite a while before you received an explanation for the refusal.

“Anyone who doesn’t pass the conscientious objectors committee has the right to receive the committee’s stated reasons [for rejecting the request] in order to appeal within 30 days. Despite pressure by attorneys from Mesarvot [a grassroots network that brings together individuals and groups who refuse to enlist in the IDF in protest of the occupation], we only received the documents after 45 days. By then I had already been jailed twice. This was the army’s failure. We filed the appeal after receiving the reasons.”

What was their rationale?

“They didn’t give too many details, but in general they claimed that I am a conscientious objector. It bothers me that they didn’t even ask questions to try and better understand this issue. It’s a lot of pressure to sit in front of people who hold my freedom in their hands.”

At home, Rabin says she feels supported by her family and friends, although her grandparents remain very concerned. She smiles as she quotes them: “Why are you in jail? You are not a criminal!”

“Prison is a very particular experience. It is very detached, but it is not bad. For me, prison isn’t a place where I feel miserable or in crisis, but it is difficult because I am part of the military system, and it can feel like basic training. On the other hand, you get to meet very interesting girls from different backgrounds, and develop special friendships in such a short time.”

Rabin says that despite disagreements, none of the girls she has met in prison have cast her out over her politics. Many, she says, did not know what a conscientious objector was and began asking questions. “It’s very important for me to talk about the legitimacy [to refuse]. Even those who disagreed strongly showed me respect. Perhaps that’s the strange common denominator that forms in prison.”

“I think it has become illegitimate. From what I see, many people seek exemption on medical or psychological grounds. It’s a more comfortable avenue for boys and girls as well as the army, since it does not place a mirror in front of its face.

“Personally, the decision to go to prison had to do with my striving for integrity; to not exploit systems in an unfair way. To acting according to my beliefs and not shy away from paying the price. However, I very much respect other people’s choice to go another route.”

A version of this article first appeared in Hebrew on Local Call. Read it here.

Orly Noy is an editor at Local Call, a political activist, and a translator of Farsi poetry and prose. She is a member of B’Tselem’s executive board and an activist with the Balad political party. Her writing deals with the lines that intersect and define her identity as Mizrahi, a female leftist, a woman, a temporary migrant living inside a perpetual immigrant, and the constant dialogue between them.