Jacques Maritain was a French intellectual who spent the yeas of World War Two in Princeton, U.S.A. He was a friend of the anti-Nazi German author Thomas Mann who also lived in Princeton.  Both men were among the active advocates of world citizenship.  When Thomas Mann’s daughter, Elizabeth Mann Borgese was editing the world citizen journal Common Cause from the University of Chicago in the 1947-1950 period, Jacques Maritain wrote a number of articles for the journal along the lines of his thinking set out in his Man and the State.  At the time he was writing for Common Cause, 1945-1948, he was named by Charles De Gaulle as the French Ambassador to the Vatican.  Maritain had supported De Gaulle during the war when many French Catholics had sided with the Vichy government or were silent. 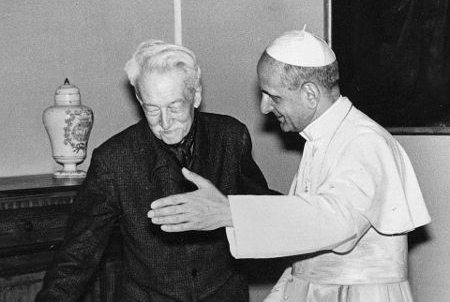 Jacques Maritain had become a well-known French intellectual in the 1930s for his writings on a wide range of topics but always in a spirit of spirituality in the Roman Catholic tradition. However, he was born into a Protestant family with anti-clerical views what was common at the start of the Third Republic in the mod 1970s.  Maritain was converted to the Romain Catholic faith in his early twenties after a period of depression linked to his search for the meaning of life.  He had married young to his wife Raissa, who came from a Jewish Ukrainian family who had come to France due to a persistent anti-Jewish atmosphere in Ukraine. 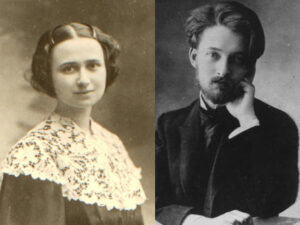 Both Jacques and Raissa converted to the Roman Catholic faith at the same time as a result of intense discussions between the two.  Raissa became well known in her own right as a poet and writer on mystical spirituality, but she also always worked closely on the writings of her husband.  Their spiritual Catholicism was always colored by their early friendship with non-orthodox Catholic thinkers, in particular Charles Peggy and Leon Bloy.  After Raissa’s death in 1960, Jacques Maritain moved back to France from Princeton to live in a monastic community for the last 12 years of his life.

His writing on the spiritual background for creative actions for the benefit of the world community can be an inspiration to us all.

Anticopyright: Editorials and articles originated on TMS may be freely reprinted, disseminated, translated and used as background material, provided an acknowledgement and link to the source, TMS: Jacques Maritain (18 Nov 1882 – 23 Apr 1973): World Citizen Philosopher, is included. Thank you.