Like a Rocket in the Garden: The Unending War in Afghanistan

People in the United States continue to pretend that the despair and futility we’ve caused isn’t our fault. 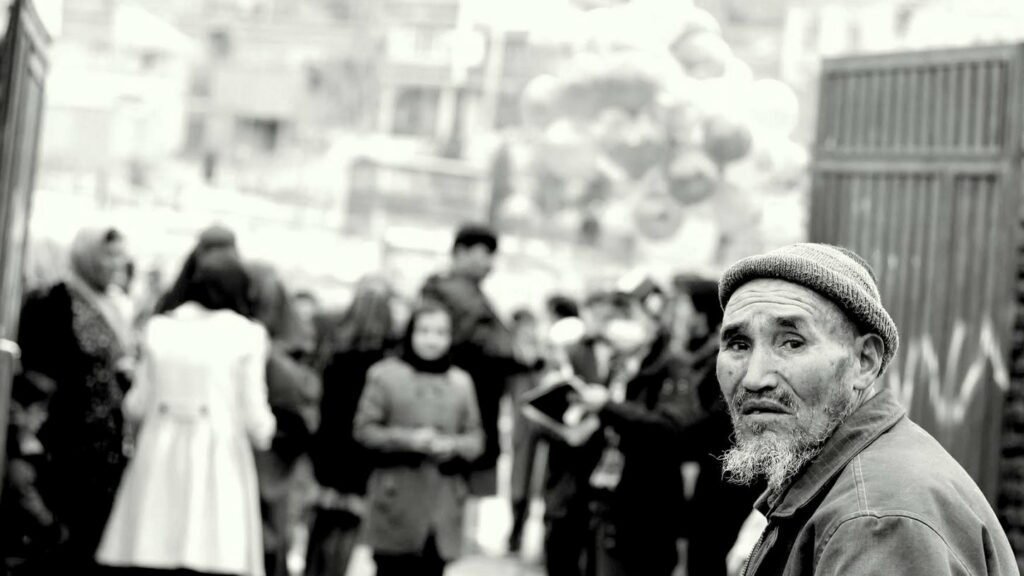 25 Nov 2020 – Late last week, I learned from young Afghan Peace Volunteer friends in Kabul that an insurgent group firing rockets into the city center hit the home of one volunteer’s relatives. Everyone inside was killed. Today, word arrived of two bomb blasts in the marketplace city of Bamiyan, in central Afghanistan, killing at least fourteen people and wounding forty-five.

These explosions have come on the heels of other recent attacks targeting civilians. On November 2, at least nineteen people were killed and at least twenty-two wounded by gunmen opening fire at Kabul University. On October 24, at least two dozen students died, and more than 100 were wounded in an attack on a tutoring center.

“The situation in our country is very bad and scary,” one young Afghan friend wrote to me. “We are all worried.” I imagine that’s an understatement.

A new report released by Save the Children, regarding violations against children in war zones, says Afghanistan accounts for the most killing and maiming violations, with 874 children killed and 2,275 children maimed in 2019.

Since the United Nations started collecting this data in 2005, more than 26,000 Afghan children have died.

Under President Donald Trump, the United States signed a “peace” deal with the Taliban in February 2020. It pertains to troop withdrawal and a Taliban pledge to cut ties with Al Qaeda in Afghanistan. The agreement certainly hasn’t contributed toward a more peaceful life for Afghans, and a U.N. report indicates the Taliban has continued its ties with insurgent groups.

Under President Biden, the United States would likely abide by Trump’s recent troop withdrawals, maintaining a troop presence of about 2,000. But Biden has indicated a preference for intensified Special Operations, surveillance and drone attacks. These strategies could cause the Taliban to nullify their agreement, prolonging the war through yet another presidency.

Mujib Mashal, a correspondent for The New York Times, was born in Kabul. When he was interviewed recently by one of his colleagues, he recalled being a little boy in the early 1990s, living through a civil war in Kabul, when rockets constantly bombarded his neighborhood.

Taliban groups were fighting various mujahideen. Mujib’s father cultivated a vegetable garden outside their home. One day, a rocket hit the garden, cutting an apple tree in half and burrowing deep into the ground.

But it didn’t explode.

Mujib remembers how his father watered the area where the rocket hit, for years, hoping the bomb would eventually rust and never explode. Now he worries that Afghanistan is headed toward an explosion of violence. 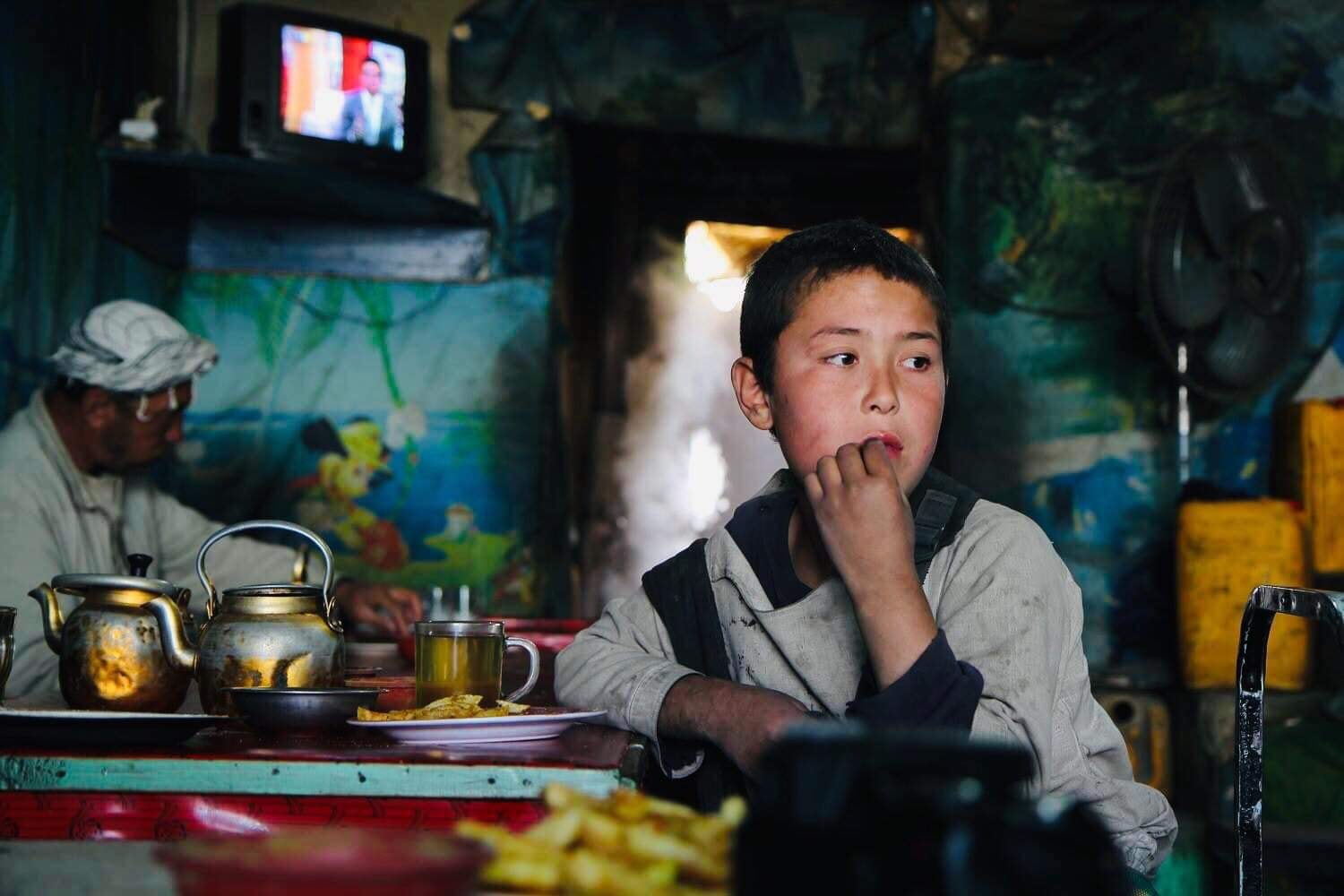 A child street laborer studies while on the street.
Photo credit: Abdulhai Darya

I recently watched a video of a talk given in June of this year by Dr. Zaher Wahab, an Afghan professor in Portland, Oregon, who laments the intensifying havoc and violence war is causing in Afghanistan. He and his wife lived there for six years, until about a year ago, when they concluded that the city was unlivable.

Dr. Wahab believes there is no military solution to Afghanistan’s woes and calls for the United States to demilitarize as soon as possible. But he also offers ways forward.

He urges forming a multinational trust fund to justly assist with reconstruction in Afghanistan, including efforts to clear mines and clean up unexploded ordnance. Billions of

dollars would be needed, commensurate to the sums spent on funding the war. He believes the United Nations should form a peacekeeping presence in Afghanistan relying on non-NATO countries.

The publication of the “Afghanistan papers” late last year highlighted the failure of the United States to accomplish any of its stated missions in Afghanistan. John Sopko, the Special Inspector General for Afghan Reconstruction, expressed his astonishment over the “hubris and mendacity” he had witnessed on the part of  U.S. military and civilian personnel in Afghanistan.

Despite its failures, the United States continues to bomb Afghan civilian areas. In 2019, the U.S. dropped 7,423 bombs and other munitions on Afghanistan.

For Afghan civilians, ongoing war means continued  bereavement, displacement, and despair. Bereft of income or protection, many Afghan householders join militias, pledging their support and possibly their willingness to fight or even die. Hence the rise of the Afghan Local Police, numerous militias fighting for various warlords, the Afghan governments’ fighting forces, including “ghost soldiers” who appear in name only, CIA-trained paramilitaries, and military contractors working for NATO contingents.

Afghanistan is a cauldron waiting to explode.

U.S. Army Major Danny Sjursen, retired, notes that in the 2020 election, neither presidential candidate questioned status quo norms about U.S. foreign policy being based on threat, force, and killing. Sjursen assures that pressure to change must, necessarily, flow from the grass roots.

The United States has landed in Afghanistan like a rocket in a garden. It refuses to rust, it poisons the Earth, and even U.S. voters can’t budge it. Normal life can’t continue with us there.

Meanwhile, an inevitably arriving Taliban-led government—one already in control of most of the country—is growing more fanatic and deadly.

Many U.S. voters, and too many Afghans, weren’t yet born when the current war was begun by the United States in 2001. Much of the U.S. public regards the Afghan people with deadly indifference.

Year after year, President after President, Americans continue to pretend the despair and futility we’ve caused in Afghanistan isn’t our fault. We don’t hold ourselves accountable.

But the forever wars, illegal and immoral, bankrupt our economy and our society as well. The military contractors become a sort of mafia. They are like a bomb in our garden, liable to explode.

And, unlike our Afghan counterparts, it’s not a bomb we can complain about. After all, we put it there.

This article first appeared in The Progressive

Anticopyright: Editorials and articles originated on TMS may be freely reprinted, disseminated, translated and used as background material, provided an acknowledgement and link to the source, TMS: Like a Rocket in the Garden: The Unending War in Afghanistan, is included. Thank you.

4 Responses to “Like a Rocket in the Garden: The Unending War in Afghanistan”