24 Nov 2020 – The World Bank has been leading other multilateral development banks (MDBs) and international financial institutions to press developing country governments to ‘de-risk’ infrastructure and other private, especially foreign investments.

They promote public-private partnerships (PPPs) supposedly to mobilize more private finance to achieve the Sustainable Development Goals. PPP advocacy has been stepped up after developing countries’ pleas for better international tax cooperation were blocked at the third United Nations’ Financing for Development conference (FfD3) in Addis Ababa in mid-2015.

Official support for infrastructure PPPs seems stronger than ever. The Bank’s Global Infrastructure Facility (GIF) was set up to coordinate MDBs, private investors and governments promoting PPPs. Meanwhile, the G20 has been trying to modify the mandates of national and international development banks to enable them to initiate infrastructure PPPs with the private sector. 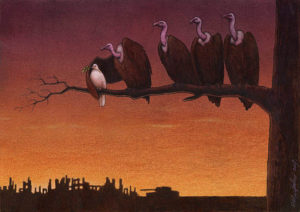 But the term ‘de-risking’ is misleading as some risk is inherent in all project investments. After all, projects may encounter problems due to planning mistakes, poor implementation or unexpected developments. Hence, Bank advice does not really seek to reduce, let alone eliminate risk, but simply to make governments bear and absorb it.

Thus, ‘de-risking’ really means shifting risk from private investors to governments for more contingencies, including design, planning or implementation failures by private partners. This ignores the Bank’s Growth Commission’s concern that “In too many cases, the division of labor has put profits in private hands, and risks in the public lap”.

Off the books, out of sight

Both World Bank and International Monetary Fund (IMF) research has found many governments using PPPs and other similar arrangements to keep such projects ‘off the books’ of official central government accounts, effectively reducing transparency and accountability, while compromising governance.

Such project financing typically involves government-guaranteed – rather than direct government – liabilities. Not booked as government development or capital expenditure, it is also not counted as part of sovereign or government debt, e.g., for parliamentary reporting and accountability.

Instead, project costs are supposed to be paid for, over time, by direct user fees or government operational or current expenditure. Hence, most governments do not extend their normal accountability procedures to cover such expenditure and related debt.

The Fund has even warned of likely abuse of such seemingly ‘easy’ or ‘free’ money, emphasising the dangers of taking more government debt and risk ‘off the books’. This is very significant as the IMF rarely criticises Bank recommendations and advice, even indirectly.

PPP financing is typically booked as government-guaranteed liabilities, rather than as sovereign debt per se. Being ‘off the books’, governments face fewer constraints to taking on ever more debt and risk. With such commitments, they also become much more vulnerable to ‘unforeseen’ costs.

Such contractual arrangements, typically set by private partners in most PPPs, do little to improve governance and accountability. To be sure, normal government budgetary accounting and audit procedures for PPPs may not meaningfully improve transparency and accountability.

As such financing arrangements are typically long-term, related government risks are correspondingly long-term, lasting decades in many cases. This tempts ‘short-termist’ governments ‘of the day’ to make long-term commitments they are unlikely to be held personally accountable for in the near to medium-term.

World Bank guidance is clear that even a private partner who fails to deliver as contracted must be compensated for work done before a government can terminate a contract. Whether private partners actually deliver as promised does not seem to matter to the Bank which provides no guidance for addressing their failures to meet contractual obligations.

The Bank thus contributes to ‘moral hazard’ in PPPs: the less likely the private partner stands to lose from poor performance, the less incentive it has to meet contractual obligations. Guaranteeing cost recovery, revenue and profit erodes the motive to deliver as promised and to consider project risks.

Enthusiastic PPP promotion – by the Bank, other MDBs and donors urging developing country governments to bear more risk – is not only encouraging ‘moral hazard’, but also creating more opportunities for the corruption and abuse they profess to lament.

Instead, private partners have greater incentives to try gouging rents from government partners, e.g., by renegotiating existing contracts to their advantage. Conversely, governments have to choose between bearing the costs of failed projects, and paying even more to save problematic ones in the hope of cutting losses.

Faced with such choices, governments have little choice but to accede to their private partners’ demands. Bank guidance has thus further undermined governments in their dealings with private partners, who are now better able to demand improved contractual conditions for themselves, at the expense of their government partners.

Many governments can undertake large infrastructure projects themselves, or alternatively, make much better procurement arrangements. IMF research has also found, “In many countries, PPPs have not always performed better than public procurement”.

Ironically, Bank research has shown that “well-run public firms tend to match the performance of private firms in regulated sectors”, concluding, “There is no ‘killer’ rationale for public-private partnerships”.

Even the Bank’s Research Observer has published a summary of “some of the most compelling examples of this kind of emerging critique” of infrastructure PPPs in telecoms, transport, water and sanitation, waste management and electricity.

Yet, the Bank continues to promote PPPs as the preferred mode of infrastructure financing, trying to shift more risk to governments, ostensibly to attract more private investment. Meanwhile, Bank guidance typically fails to warn governments of the risks involved and their implications.

Bank and other PPP advocates dismiss criticisms as ‘ideological’ despite growing empirical evidence. Such damning findings have had little impact on their PPP advocacy. Instead, the new fad is for more ‘blended finance’ to PPPs, using official concessional finance to subsidise and attract more private investment.

However, as The Economist has found, “blended finance has struggled to grow” as MDBs mobilise less than US$1 of private capital for every public dollar. It concluded, “early hopes may simply have been too starry-eyed. A trillion-dollar market seems well out of reach. Even making it to the hundreds of billions a year may be a stretch”.

Unsurprisingly, despite Bank, donor and other efforts, PPPs have only generated 15~20% of developing countries’ infrastructure investments, according to the Bank’s Independent Evaluation Group, while remaining negligible in the poorest countries.