Secret Genetic Engineering Research: How the U.S. and EU Governments Want Us to Run Blindly Into a High-Risk Adventure

17 Nov 2020 – Classified information: Millions and millions are spent on genetic engineering projects, but research into the risks of genome changes and into detection methods that make it possible to detect genetically modified organisms, for example in food, is completely underfunded. 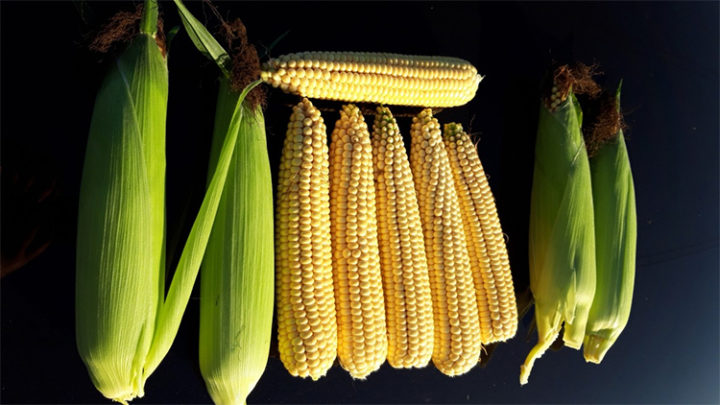 Genetic engineering on the plate or in the field: Most people reject that. The nature awareness study is a regular survey of how citizens feel about environmental protection, nature and food security. For years, a very clear majority of those surveyed have been in favor of the fact that foods must be clearly labeled if they contain genetically modified organisms. Farmers for feed and seeds are also calling for this. And more than 80 percent of those surveyed generally reject genetic engineering in food.

The federal government now had to admit – with great reluctance – that tax money is generously distributed for research into new genetic engineering processes, while research funding on risks or detection methods is skimpy. Harald Ebner, spokesman for the Greens for genetic engineering policy, sums it up: “While the federal government is nurturing research on new genetic engineering processes such as CRISPR / Cas & Co( (Clustered Regularly Interspaced Short Palindromic Repeats) with more than 27 million euros,“ detection and risk research is currently in progress times 2 billion available! ”This reveals a“ huge imbalance to the detriment of environmental and health care and to the detriment of the enforcement of the rule of law ”. Such one-sided research funding in an area that is massively funded by the biotechnology industry itself is in clear contradiction to the government’s consumer protection mandate, emphasizes Harald Ebner.

The crux of the matter is: So far there are hardly any detection methods with which a gene change that was carried out using methods of the new genetic engineering can be determined. Labeling is therefore only possible if the manufacturer expressly indicates this. Contamination, however, would not be noticed during controls. And this despite the fact that new genetic engineering methods are already being used in the fields of seeds and animal feed. Nevertheless, the federal government is saving funding for research into detection methods – not to mention risk research. So we’re walking blindly into a genetic engineering adventure.

No wonder the federal government initially classified this information as classified, i.e. secret – not to be published!

More on this and a more comprehensive statement in the background here:

Regarding genetic engineering in agriculture and nutrition (so-called agro-genetic engineering), the EU applies that organisms such as seeds, plants, animals, or even feed and, of course, especially food must be labeled if they contain genetically modified organisms or if such animal feed has been used. This is to protect the freedom of choice of farmers and consumers. The European Court of Justice ruled in 2018 that this labeling requirement also expressly applies to methods of new genetic engineering, such as CRISPR/Cas&Co.

There is a catch: Up to now, there have hardly been any detection procedures for organisms that have been modified using the methods of the new genetic engineering, so that labeling cannot be carried out safely.

Harald Ebner, spokesman for the Green Group for genetic engineering policy, has sent a so-called “written question” to the federal government on exactly this state of research and research funding in Germany. The answer came – and is very informative – but it was classified as classified, i.e. secret, not for publication. “If the federal government really wants to conduct the discourse with the citizens on the new methods of genetic engineering seriously and objectively, it should also pour pure wine for the consumer,” explains Harald Ebner and refers to the concerns of the citizens if there are possible consequences of genetically modified plants and animals.

Precisely because, the overwhelming majority in this country rejects genetic engineering, from field to fork, transparency, for example, about the use of taxpayers’ money to promote research in this area, is the top priority. Otherwise one could already get the impression that information is to be hidden that contradicts the will of consumers for a comprehensive technical impact assessment in dealing with the new genetic engineering methods. ”

It was only through a parliamentary procedure, a “minor inquiry”, that the answer from the federal government, more precisely from the Federal Ministry of Food and Agriculture, was now public.

“The answer proves what we have been criticizing for years: while the federal government is nurturing research on new genetic engineering processes such as CRISPR / Cas & Co with over 27 million euros, just 2 billion euros are available for detection and risk research. This reveals a huge imbalance to the detriment of environmental and health care and to the detriment of the enforcement of the rule of law. Such one-sided research funding in an area that is massively funded by the biotechnology industry itself is in clear contradiction to the government’s consumer protection mandate. What is fatal is that the federal government itself has to admit that the inspection and control of organisms that have been produced by new genetic engineering processes would only be possible if detection methods were available. The federal government must protect the freedom of choice of farmers and consumers and ensure that genetic engineering law is implemented. What is urgently needed now is an immediate program for the promotion of detection methods and risk research in order to finally provide the still-young technology with an appropriate technology impact assessment. It is also noteworthy that the federal government, of all people, is dispelling the myth that the new genetic engineering could open up business areas for many small and medium-sized breeding companies. Because that is by no means the case: The Federal Government assumes that, just as with the old genetic engineering, there will also be concentration processes on the market with organisms that have been produced using new methods. “

Press release from Harald Ebner Member of the Bundestag

Translation by Lulith V., from the voluntary Pressenza translation team.