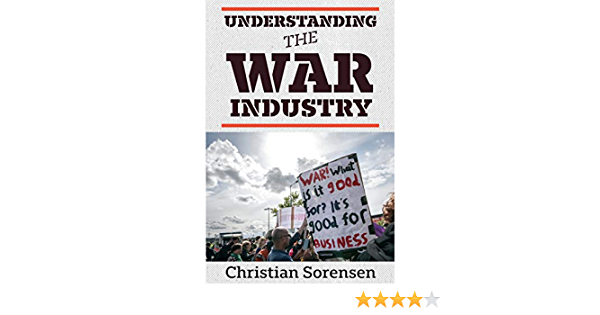 28 Nov 2020 – Pay no attention to all those nasty left-wing allegations about how military contractors collude and conspire with the Pentagon to warp our economy, impoverish our citizens, pervert our national goals, and foment needless bloody wars that slaughter millions in order to fatten corporate profits. The truth is actually much worse than you could ever imagine—as this chilling new book by Christian Sorensen makes startlingly clear.

The network of overseas military bases extends to remote regions of the world, which were traditionally the domain of other imperial powers.

With only 195 countries in the world, the U.S. empire has over 800 military installations worldwide with 200,000 active troops deployed in more than 170 countries. [Source: nytimes.com and jacobinmag.com]

Since the creation of AFRICOM in 2007, for example, the U.S. military has obtained an outpost in Mali, drone bases in Niger, Djibouti, the Seychelles and Kenya, National Security Agency (NSA) facilities in Ethiopia, and flies drones over war-ravaged Libya and Somalia.

The U.S. military is today one of the world’s largest emitters of greenhouse gases that cause climate change, having been exempted from the 1998 Kyoto protocol and Paris climate change agreement (when the U.S. was abiding by it). There are also now at least 39,000 contaminated military sites across the U.S. and growing numbers of species threatened with extinction and people sickened by the toxic residues of American weapons systems.

In 2018, the top-five war corporations made more than $16 billion at a time when 500,000 Americans were homeless on an average every day. To sustain their obscene profits, they spend millions lobbying Capitol Hill and divvy out millions in campaign contributions to Congress. In 2012 alone, war corporations gave around $30 million and $25.5 million in 2014.

Much of this money has gone to appropriation and armed services committees, which rubber stamp gargantuan military budgets that amount to more than the total of the next ten countries combined.

TO READ THE FULL REVIEW Go to Original – covertactionmagazine.com