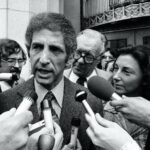 7 May 2021 – Dan Ellsberg, the legendary whistleblower who has been arrested more than 75 times for protesting the U.S. warfare state, has not mellowed with age. The 90-year-old Pentagon Papers leaker details top secret plans in 1958 to destroy Taiwan and warns that similar discussions are going on in the Pentagon today. 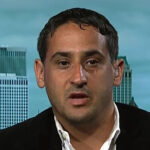 Biden Is Not Ending the Afghanistan War, He Is Privatizing It
Jeremy Kuzmarov | CovertAction Magazine – TRANSCEND Media Service, 19 Apr 2021

15 Apr 2021 – Special Forces, Pentagon Contractors and Intelligence Operatives Will Remain – The meaninglessness of the announcement becomes apparent when we consider that the Pentagon employs more than seven contractors for every serviceman or woman in Afghanistan. 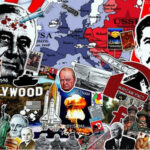 8 Apr 2021 – With a new Cold War heating up between the U.S. and Russia and China, Witness for Peace Southwest, Addicted to War and CodePink organized a Truth Commission on the original Cold War on March 21st, which brought together the testimony of historians, activists and others who lived through the period. 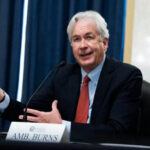 22 Mar 2021 – William J. Burns became the first former diplomat to become CIA director. As a diplomat, he supported U.S. military interventions in Iraq, Kosovo, Afghanistan, Libya and Syria and is now stoking the coals against Russia and China. 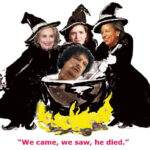 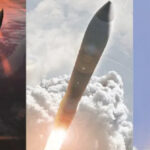 9 Mar 2021 – One of the more important tasks that the Biden administration will undertake this year will be to review the Pentagon’s nuclear weapons budget and modernization strategy. Massive popular pressure—like that organized by the 1980s nuclear freeze movement—is needed to stop more waste, fraud and abuse. 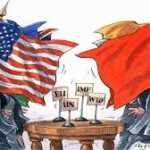 15 Dec 2020 – On July 21st, The New York Times ran a front-page article highlighting the revival of the Committee on the Present Danger, a Cold War organization that called for greater military spending to meet the Soviet threat, but whose focus is now on China. Joe Biden told Foreign Affairs that the U.S. needed to get tough with China calling Chinese leader Xi Jinping a “thug” who “doesn’t have a democratic bone in his body.” A recent poll by the Pew Research Center found that 73 per cent of Americans had an unfavourable view of China. 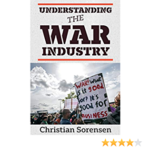 28 Nov 2020 – Pay no attention to all those nasty left-wing allegations about how military contractors collude and conspire with the Pentagon. Rather than simply having what President Dwight Eisenhower called the military-industrial complex, we actually have a military-industrial-congressional complex, with a media and academic adjunct. 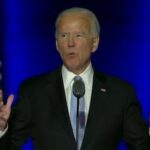 Beware of the Hawk: What to Expect from the Biden Administration on Foreign Policy
Jeremy Kuzmarov | CovertAction Magazine - TRANSCEND Media Service, 9 Nov 2020

8 Nov 2020 – Millions of people around the world breathed a sigh of relief with the defeat of Donald Trump in the 2020 U.S. elections. Joe Biden’s victory speech exuded a feeling of optimism in its call for a new era of bipartisanship and decency in politics. However, it is unlikely that decency will prevail in the realm of foreign policy.

25 Oct 2020 – On July 4, 2020, the U.S. Navy dispatched an unprecedented two aircraft carriers and four other warships to the South China Sea for naval maneuvers in waters claimed by China. Secretary of State Mike Pompeo subsequently broke with the official U.S. policy of neutrality in territorial conflicts in the South China Sea and declared that China’s claims to most of the Sea were “completely unlawful,” though most of the disputed territories had been part of China prior to being taken over by Japan in the 1895 Sino-Japanese War. 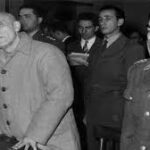 30 Sep 2020 – After 60 years of foot-dragging and dissembling, the U.S. government finally confessed and admitted its role in the bloody 1953 coup that overthrew Iran’s democratically elected government led by Dr. Mohammed Mossadegh. Must-See New Documentary Exposes Britain’s Complicity in the 1953 Bloody Coup in Iran

A deep analysis into the origins of U.S. involvement in WWI unpacking President Woodrow Wilson’s idealistic justifications for entering it and charting the efforts of European and U.S. peace advocates. It is written for the general public and students, synthesizing the work of many historians.