William J. Burns’ appointment offers little more than an image makeover for the agency. As a diplomat, Burns supported U.S. military interventions in Iraq, Kosovo, Afghanistan, Libya and Syria and is now stoking the coals against Russia and China. 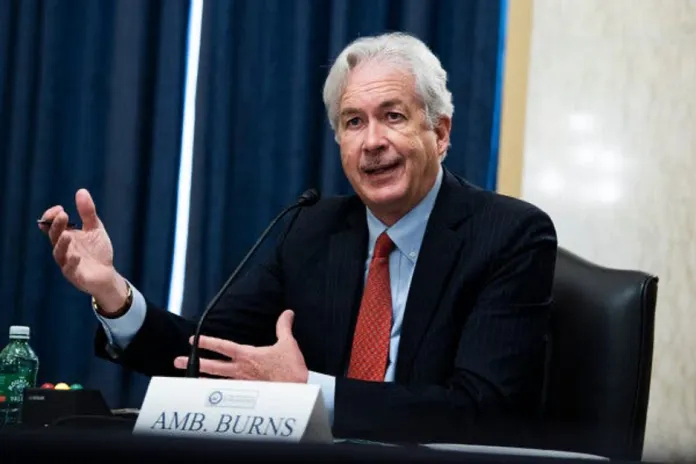 22 Mar 2021 – William J. Burns was confirmed by a unanimous vote in the Senate on Thursday, March 18th, becoming the first former diplomat to become CIA director.

At his confirmation hearing on February 26th, Burns continued a long agency tradition of playing up the threat from Russia and China along with North Korea, and said that Iran should not be allowed to get a nuclear weapon.

Burns’s testimony signaled a continuation of business as usual for the agency in its promotion of alarmist rhetoric and ruthless geopolitical competition and political skullduggery.

As one of America’s top diplomats, Burns offers the opportunity for a public relations makeover for an agency that has engaged in widespread criminal activity over decades.

The Senate Intelligence Committee hearing was more of a coronation than a confrontational question-and-answer session, reflecting the deferential attitude of Congress toward the CIA.

Vowing to improve spying on China, Burns described the Chinese government as adversarial and predatory at the hearing.

“We have to buckle up for the long haul, I think, in competition with China,” he said. “This is not like the competition with the Soviet Union in the Cold War, which was primarily in security and ideological terms. This is an adversary that is extraordinarily ambitious with technology and capable in economic terms as well.”

To meet the threat, Burns advocated for more China specialists and Mandarin-language training for CIA employees, along with investment in new technologies to help improve intelligence collection and analysis.

Burns also highlighted ways that Russia could make trouble, including with cyberoperations like the SolarWinds hacking that allowed it to steal secrets from nine federal agencies.

“Putin’s Russia continues to demonstrate that declining powers can be just as disruptive as rising ones and can make use of asymmetrical tools, especially cybertools, to do that,” Mr. Burns said. “We can’t afford to underestimate them.”

Writing in the normally iconoclastic CounterPunch magazine, Melvin Goodman, a former CIA analyst (1966-1990), asserted that Burns was a “sterling choice” to head the CIA, and that his selection will “reverse the decades of lackluster and mediocre CIA directors.”

Goodman suggested that Burns possessed the leadership qualities and experience which pointed to the “kind of strategic vision that has been missing within the militarized intelligence community, particularly the CIA.”

He added that Burns was “cut from the same cloth as such outstanding foreign service officers as George Kennan and Chip Bohlen.” Kennan’s containment policy made up the basis of the U.S. approach to fighting the Cold War and Bohlen helped develop the Marshall Plan to rebuild Europe after World War II.

Goodman’s celebration of the Cold War’s key architects is disturbing in considering that the Cold War ensured the perpetuation of gargantuan military budgets after World War II and resulted in millions of deaths and unprecedented domestic repression.

Former Secretary of State John Kerry also compared Burns favorably to Kennan and Bohlen, stating that Burns had “earned his place on a very short list of American diplomatic legends.”

A similar view was promoted by CIA whistleblower John Kiriakou, who wrote in Consortium News that, “if there must be a CIA, I feel better with Bill Burns being in charge of it.”

Kiriakou continued: “Burns is one of the most highly respected senior U.S. diplomats of the past three decades. He has ably served presidents of both parties and is known as a reformer and supporter of human rights.”

The message, according to Kiriakou, with Burns’s appointment is clear:

A critical scrutiny of Burns’s past, however, shows that his record is not as sterling as Goodman and Kiriakou suggest.

Burns helped forge close U.S. relations with oppressive leaders, supported subversion operations against Russia and Ukraine, and helped build support for wars ranging from the Persian Gulf to Afghanistan to Libya to Ukraine.

A clue about Burns was offered at his confirmation hearing where it was revealed that, as Director of the Carnegie Endowment for international Peace in 2018, he was given free tickets to the Super Bowl by the Saudi government, one of the most brutal regimes in the world.

Burns served as Deputy Secretary of State in an administration that provided the Saudis with record arms sales, amounting to more than $115 billion.

A major fallacy to which Goodman and Kiriakou subscribe is that the work of diplomats is separate from that of the military and CIA when, in fact, they are usually intertwined.

Ex-CIA Director John Brennan (2012-2017) noted that the agency had a long experience working with Burns during his ambassadorial and senior State Department posts.

A Man Who Sold His Soul for Power

Burns’s memoir, entitled The Back Channel (2019), indicates a man who has sold his soul for the trappings of power.

In the prologue, Burns reminisces nostalgically about the heady days of the early 1990s when he witnessed first-hand “American diplomacy and power at their peak”—a time when “history seemed to flow inexorably in America’s direction, the power of its ideas driving the rest of the world in a slow but irresistible surge towards democracy and free-markets.”[1]

Described by his boss Hillary Clinton as a “steady hand” and “very effective firefighter,” Burns joined the foreign service in the early 1980s after completing a doctorate at Oxford University with a dissertation on U.S. economic programs in Egypt during the Cold War.

TO CONTINUE READING THE STORY Go to Original – covertactionmagazine.com