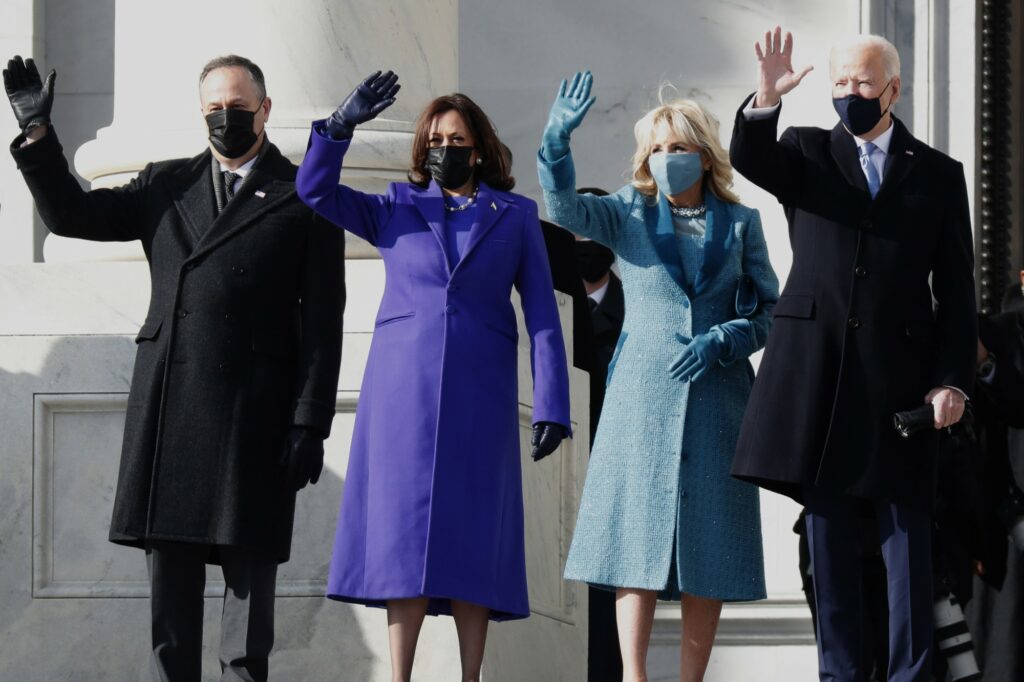 Rid of Trump at Last!

The majority of Americans, and the vast majority of people in other countries throughout the world, heaved a sigh of relief when Joe Biden won the 2020 US presidential election. Hopes for the future soared, as the world seemed to be rid of Trump at last!

There is so much wrong with Donald Trump that one hardly knows where to start. He is a bully, braggart, narcissist, racist, misogynist, habitual liar, and tax evader, in addition to being demonstrably ignorant. He has contempt for both domestic and international law, as well as for the US Constitution.  In the words of Michael Moore, he is a “part-time clown and full-time sociopath”. However, it is Trump’s climate change denial, withdrawal from the Paris agreement, and sponsorship of fossil fuels that posed the greatest threats to the future of human society and the biosphere.

Why did Professor Noam Chomsky call the US Republican Party “The most dangerous organization in the history of the world”? In the primary that preceded the 2016 presidential election, every single Republican candidate with a chance of being nominated was a climate change denier. All received amazingly generous checks from giant fossil fuel organizations. When elected, Donald Trump not only pulled the United States out of the Paris Agreement; he also sabotaged the Environmental Protection Agency to such an extent that the carefully collected facts on climate change that the agency had accumulated had to be secretly saved by scientists to  prevent their destruction by the Trump administration. Furthermore, Donald Trump not only subsidized giant coal corporations. He also has sabotaged renewable energy initiatives in the United States. This is a major crime. It is a crime against humanity and a crime against the biosphere.

Other crimes committed by Donald Trump include deliberately ignoring the dangers of COVID-19, of which he was well aware, for the sake of corporate profits. At least a hundred thousand Americans died needlessly because of his deliberate suppression of the facts. This was mass murder on an enormous scale.

One should not forget the terrible cruelty of the separation of children from their families at the US border.

During his term of office, Trump lied an average of 15 times every day, according to the Washington Post‘s fact checker. In this way he has cultivated a culture in which his followers came to have no regard for the truth. They live in a delusional world, believing whatever their leader tells them. In this delusional world Republicans believe in strange QAnon theories and they believe that Trump actually won the 2020 election by a landslide.

Donald Trump is guilty of tax evasion and misuse of federal funds for personal gain; and he has violated the US Constitution, as well as international laws. He encouraged Georgia’s Secretary of State Brad Raffensperger to commit fraud in a famous taped telephone conversation. And finally, on January 6, 2021, Trump incited a mob of his supporters to storm his nation’s capitol in an insurrection and coup attempt, with the object of reversing the clear results of the 2020 presidential election.  The fact that the large mob easily gained access to the capitol raises questions regarding police complicity, since the intentions of the mob of domestic terrorists were clearly known well in advance of the event.

An outraged House of Representatives has impeached Trump for the second time, giving him the distinction of being the only president in American history to be impeached twice. Ten Republicans broke ranks and signed the document charging Trump with inciting an insurrection. It remains to be seen what the Senate will do, but if the necessary 17 members do not cross the isle, Trump can nevertheless be prevented from holding future office through the 14th Amendment, which requires only a simple majority in both houses.

One hopes that this evil man will be prosecuted for his many serious crimes.

Congratulations on Some Good Decisions

Joe Biden should be congratulated on some good decisions. Among these was his choice of Kamala Harris as his running mate. Because of his age, there is a danger that Joe Biden might die in office. We hope, of course, that this will not happen, but if it should, Kamala Harris would be the first woman to become President of the United States. She is well equipped for this office.

Other good decisions for which Joe Biden should be congratulated include his choice of strong teams to deal with the COVID-19 pandemic and with the climate crisis.

“Back to Normal” Is Not Good Enough

Having praised Joe Biden for his good decisions, we must also notice his bad ones. Many of the persons who he chose for his cabinet, or for other high offices, have received large amounts of money from corporations. Many have supported war and torture. Most of Biden’s cabinet choices held posts during the Obama administration. This is not good enough! The United States must renounce it aggressive foreign wars and its attempts to achieve global hegemony through military power!

It is time for the United States to renounce exceptionalism and become an equal partner with all the other nations of the world. It is time for the vast river of money now wasted, or worse than wasted, on armaments, to be used for constructive social purposes, such as creating renewable energy infrastructure, relieving students’ debt, and establishing universal health care.

Finally, America’s shockingly excessive economic inequality must be reduced. Neoliberalism and corporate rule are not good enough. The people’s voice must be heard, rather than the voice of corporate greed.

Because of the threats of more violence from the far right, Washington D.C. was completely shut down. Bridges into the city were closed. The entire area near to Capitol Hill was blocked off by high fences topped with rolls of barbed wire. Washington was guarded by more 20, 000 armed National Guard troops, who had been carefully screened by the FBI to prevent infiltration by right-wing domestic terrorists. In the capitol’s Mall, where crowds of cheering spectators would normally stand, there instead waved 200,000 US flags. It was an Inauguration Day like no other in history.

January 20 was a cold day, but the sun was shining. On the platform before the Capitol, an array of distinguished guests was assembled, including former presidents and members of the Senate and the House of Representatives from both parties. Prominent roles in the ceremony were given to Republicans as well as to Democrats. A landmark moment occurred when Kamala Harris was sworn in as the first woman Vice President.

Then came the moment for which everyone had been waiting. Joseph R. Biden Jr. was sworn in as the 46th President of the United States. Speaking with deep sincerity and heartfelt emotion, he delivered his Inaugural Address.

Among other things, Joe Biden said:

“Few periods in our nation’s history have been more challenging or difficult than the one we’re in now. A once-in-a-century virus silently stalks the country.  It’s taken as many lives in one year as America lost in all of World War II. Millions of jobs have been lost. Hundreds of thousands of businesses closed.

“A cry for racial justice some 400 years in the making moves us. The dream of justice for all will be deferred no longer.

“A cry for survival comes from the planet itself. A cry that can’t be any more desperate or any more clear.

“And now, a rise in political extremism, white supremacy, domestic terrorism that we must confront and we will defeat.

“To overcome these challenges — to restore the soul and to secure the future of America — requires more than words. It requires that most elusive of things in a democracy: Unity.”

We wish Joe Biden and Kamala Harris success in meeting these challenges.

Anticopyright: Editorials and articles originated on TMS may be freely reprinted, disseminated, translated and used as background material, provided an acknowledgement and link to the source, TMS: Challenges for Joe Biden and Kamala Harris, is included. Thank you.

3 Responses to “Challenges for Joe Biden and Kamala Harris”