Critics Must Be Silenced for Billionaires to Keep Profiting from Pandemic

By controlling the media, billionaires like Jeff Bezos and Bill Gates can prolong a crisis indefinitely while they accumulate unprecedented wealth and power over humanity. 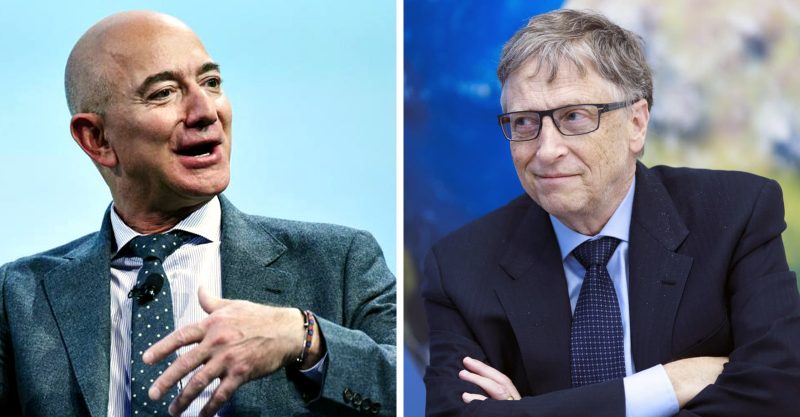 16 Feb 2021 – On Feb. 15, the Jeff Bezos-owned Washington Post published a Feb. 11 Associated Press article applauding the censorship of those who criticize the government’s pandemic response policies.

The lockdown has netted Bezos $70 billion since its start. If you are Bezos, a permanent lockdown is a goldmine.

Bill Gates, meanwhile, has made $20 billion from the lockdown he previously war-gamed and then cheer-led. His strategy has included emasculating the independent media — the most likely sources of the sort of vigorous journalism that might otherwise scrutinize his self interest in the polices he helped successfully engineer for the rest of us.

Gates used millions in grants to transform the once proudly unbridled The Guardian into his personal newsletter. With $250 million, he purchased immunity from criticism by news operations like the BBC, NBC, Al Jazeera, ProPublica, National Journal, Univision, Medium, the Financial Times, The Atlantic, the Texas Tribune, Gannett, Washington Monthly, Le Monde and the Center for Investigative Reporting.

Gates also made large contributions to charitable organizations affiliated with news outlets, like BBC Media Action and the The New York Times, according to an August 2020 investigation by Columbia Journalism Review. He similarly disarmed NPR and Public Television by making them reliant on his support. In exchange, these outlets shield his sketchy projects from critical scrutiny.

Gates is arguably the world’s biggest vaccine maker. As its largest contributor, Gates controls the World Health Organization which, according to Foreign Affairs, makes no significant decision without consulting the Bill & Melinda Gates Foundation. He similarly exercises dictatorial authority over an army of quasi-governmental agencies that he largely created or funds: Path, GAVI CEPI, Unicef etc. These agencies have demonstrated their power to turn the globe into a captive market for Gates’ vaccine enterprise.

The mainstream network news shows, including CNN, ABC, NBC, CBS and Fox have put COVID Terror, Vaccines Salvation and the obligatory shaming of dissidents on a 24-hour loop with each segment (and I use this term in every sense of the word) with pharmaceutical advertisements.

Nobody ever asks Gates or his mini-me, Tony Fauci, why they chose to spend tens of billions in taxpayer dollars on speculative vaccines and zero dollars investigating the many off-the-shelf, off-patent medications that have demonstrated extraordinary success in the hands of private doctors — medications that might have ended the pandemic a year ago.

The media, which has enabled this global hostage crisis, is arguably the most consequential criminal enterprise in human history. As Rahm Emmanuel observed, “never let a good crisis go to waste.”

Gates and Fauci have demonstrated that by controlling the media, billionaires and their government cronies can prolong a crisis forever and accumulate unprecedented wealth and power over humanity.