The Gamers’ Uprising against Wall Street Has Deep Populist Roots

Wall Street may own the country, as Kansas populist leader Mary Elizabeth Lease once declared, but a new generation of “retail” stock market traders is fighting back. 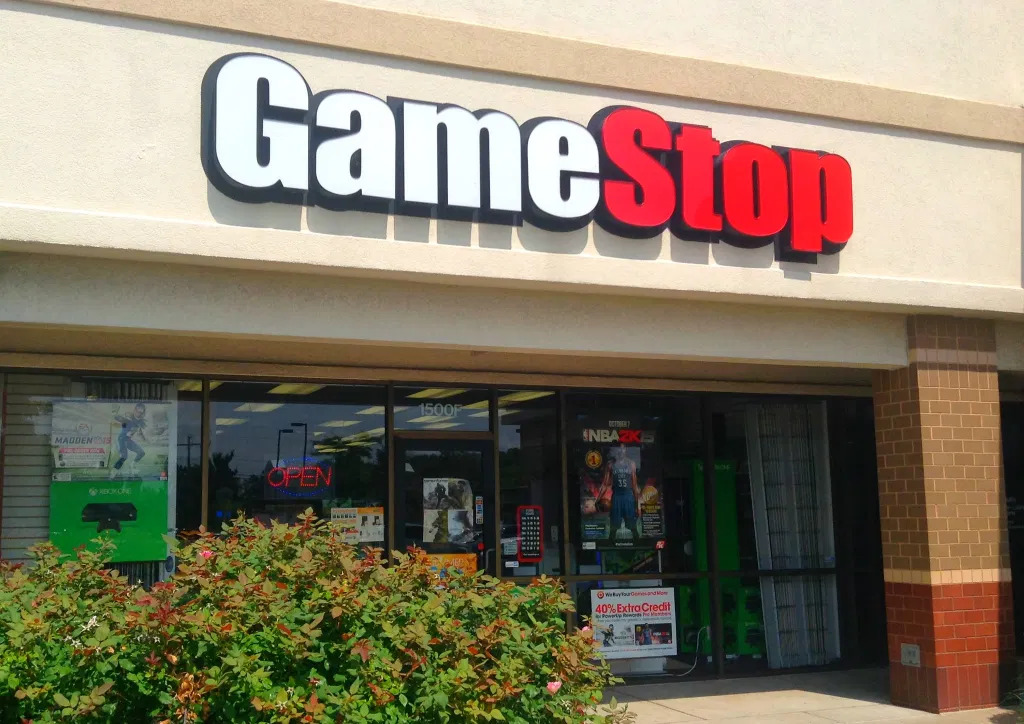 11 Feb 2021 – A short squeeze frenzy driven by a new generation of gamers captured financial headlines in recent weeks, centered on a struggling strip mall video game store called GameStop. The Internet and a year off in this shut down to study up have given a younger generation of investors the tools to compete in the market. Gerald Celente calls it the “Youth Revolution.” A group of New York Young Republicans who protested in the snow on January 31 called it “Re-occupy Wall Street.” Others have called it  Occupy Wall Street 2.0.The populist uprising against Wall Street goes back farther, however, than to the 2010 Occupy movement. In the late 19th century, the country was suffering from a depression nearly as severe as the Great Depression of the 1930s. Kansas populist leader Mary Elizabeth Lease declared in a fiery speech in 1890:

Wall Street still owns the country. Millions of people have been forced out of work, while billionaires have doubled their money in the stock market. But a new generation of “retail” stock market traders is fighting back. (“Retail” traders are individuals trading for their own accounts as opposed to institutional investors.) Occupy Wall Street succeeded in raising awareness of the issues and putting a spotlight on the villains: the chief fault for the subprime crisis and 2008 crash was not with the defaulting homeowners but was with the banks. The Wall Street bankers, however, were not much fazed by the protests on the streets outside their windows. Not until January 2021 was Wall Street actually “occupied,” with millions of small traders landing a multibillion-dollar blow to at least a few of the mighty Wall Street hedge funds. GameStop was the most heavily shorted stock on the market, and the losing hedge funds were on the short end of the stick.

“Short selling” works like this: an investor borrows shares from a broker middleman and immediately sells them, hoping to buy them back later at a lower price, return them to the broker, and pocket the difference. The trade, however, is quite risky. If the shorted stock keeps going up, the shorter’s potential loss is unlimited. “Covering” the short position by buying the shares at the higher price and returning them to the lender will result in a loss. But if the shorter fails to cover, the broker will eventually demand more collateral as protection against its own potential losses.

“Naked” short-selling involves selling stock without borrowing it. Naked short-selling is illegal, but the regulation is not well enforced; and in this case short-sellers had sold 40% more GameStop shares than were in existence. That made the short sellers extremely vulnerable to a “short squeeze.” WallStreetBets, a Reddit social media forum that then had 2.7 million members (a number that has since risen to about 8 million) called the shorters’ bluff and bought furiously, using a game-like trading app called “Robinhood.” The hedge funds had to buy the shares back to cover at the new price, further driving the stock up; and other players, seeing the action, jumped in. This is what is known as a “short squeeze” – driving the shorters to buy before the stock is out of reach – and it is not only legal but is a favorite play of hedge funds, notoriously destroying companies. The WallStreetBets short squeeze drove the GameStop stock price up nearly 900% in five days, to around $380 on January 27. The 52-week low before that was $2.57.

Legally, traders cannot engage in “market manipulation,” but the term is poorly defined and the rule is poorly enforced. Hedge funds are reported to hold “idea dinners” where they get together and pitch each other on their favorite trades. As pointed out in a Peak Prosperity interview with financial researcher Jim Bianco, the big players routinely act together. Wall Street has been run as a cartel, and the house always wins; or at least it did until recently.

Bianco explained that formerly, small traders lacked the tools to compete. They lacked the knowledge base, the money to buy full shares of the higher priced stocks, and the time needed to study the market. But in the last two decades, technical advances have given the “little guys” connectivity and access to market information. And in 2020, forced lockdowns gave them the time to sit in front of their computers studying the market and playing it, while stimulus payments gave them some extra cash to play with. New game-like online trading apps such as Robinhood, billed as “democratizing” investing, waived commissions. The purchase of fractional shares was allowed, and social media groups such as WallStreetBets shared investment information and strategies with each other.

The “little guys” learned how to use the rigged stock market system to beat the big boys at their own game. By January 30, short-sellers had lost an estimated $19 billion on GameStop alone, and other heavily shorted stocks were hit as well. Hedge funds lost over $70 billion in January 2021, with GameStop jumping 1000% the last week of the month.

The Empire Strikes Back

Predictably, on January 28 the game came to a screeching halt. Robinhood restricted trades of GameStop and other shorted stocks, allowing investors to settle their trades but not make new purchases. GameStop closed down 44%. This market manipulation appeared to be so blatantly in favor of Goliath against David that congressional representatives from both sides of the aisle protested. Rather than a left/right issue or a racial issue, it was a class issue, one that has fortuitously served to align the 99% on all sides of the political spectrum.

By February 2, the GameStop stock price had plummeted to $97, and hedge fund losses dropped to $13 billion, half of what they were the previous week but still a serious hit. Some retail investors had struck it big, and used the proceeds to pay student loans or rent or mortgages; but others, those who bought or sold last, lost big. The rule is to invest no more than you can afford to lose, but some desperate gamers may have unfortunately learned that lesson the hard way.

According to the message boards, however, for other players it was not chiefly about making money on a single trade. It was an uprising, a show of force against a Wall Street behemoth that had destroyed small businesses, turned families out of their homes, and robbed young people of the “American dream.” In a February 6 post titled “This Is for You, Dad,” Matt Taibbi recounts the touching tales of young people whose parents’ lives were ruined by the 2008 crash, who were willing to risk their own money to see justice done.

In that sense it is an emotionally satisfying “Robinhood” tale, but it has a dark side. Pam and Russ Martens point out that the short squeeze was not actually a spontaneous, grassroots uprising. It was coordinated by a “sophisticated” trader in the Reddit sub-group, whose trading license forbids that sort of practice.

He could be in trouble with his employer or his licensing board, but the larger WallStreetBets group does not seem to have been guilty of “market manipulation” as usually defined. The group did not engage in fraudulent activity; for example, a “pump and dump” scheme based on false advertising of a product. The Reddit group was not conspiring behind closed doors to commit fraud. They were quite open about what they were doing, and there is nothing illegal about advocating the purchase of a stock, something investor newsletters do routinely. GameStop was a beloved retail store of the young traders, and they wanted to save it from the marauding hedge funds. As Jill Carlson observed on Yahoo.com:

When hedge fund managers get together and share insights and ideas, it is all in the name of moving towards a more efficient free market. Yet, when the online mob of retail traders comes to consensus about which stock is worth buying, they are considered by some to be artificially pumping the name and manipulating the market.

And there’s the rub. The disruption of the market caused by the WallStreetBets play could be the rationale for new regulations that hurt retail investors. It could also be another excuse to shut down free speech on the Internet and social media. And as Whitney Webb points out, it was not just a battle of David versus Goliath but one of hedge fund against hedge fund. The biggest winners included some of the most notorious Wall Street institutions – BlackRock, J.P. Morgan Chase and Goldman Sachs. They saw what was happening, bought early, bought big, and sold near the top. BlackRock made a staggering 700% on its trades.

In a February 9 article, Pam and Russ Martens show that the biggest winners were high-frequency program traders. They jumped in front of the WallStreetBets trades using sophisticated algorithms feeding on data provided by Robinhood and other trading platforms. Lance Roberts argues that Wall Street won again.

The Power of the People

So what was achieved by the GameStop short squeeze? Financial analyst Wolf Richter contends:

What all this shows, for all to see, is just how massively the stock market has been manipulated, from the Fed on down. Most of these manipulations attempt to manipulate prices up. But some manipulations are aimed at pushing prices down. What the millions of people conspiring on WallStreetBets to exact their pound of flesh accomplished was nevertheless enormous: They showed for all to see just how completely broken the stock market is.

True, but they showed more than that. They showed that the 99%, if organized and acting in concert, have the tools to overwhelm the 1%. Information, communication, and collective action are key.

The American people acting together have beaten the financial elite before. In the 18th century, it was London bankers who held the British colonies in financial bondage. The American colonists broke free by issuing their own paper currencies. The colony of Pennsylvania and then Treasury Secretary Alexander Hamilton refined that system by establishing publicly-owned banks that extended the credit of the colony and then of the nation; and Abraham Lincoln’s government avoided a 30% interest rate by reviving the colonial practice of issuing debt-free, interest-free paper currency.

The 19th century movement against Wall Street largely faded after Populist and Democratic Party candidate William Jennings Bryan lost to Republican candidate William McKinley in the 1896 and 1900 presidential elections. But a remnant of the Midwest movement triumphed in 1919, when the Non-Partisan League (NPL) was formed in protest against widespread foreclosures on North Dakota farms. The NPL won a statewide election and beat Wall Street at its own game by establishing a state-owned bank. The Bank of North Dakota cut out the Wall Street middlemen and partnered with local community banks; and by 2014, according to the Wall Street Journal, it was more profitable than either J.P. Morgan Chase or Goldman Sachs.

We the people need to recapture our local and national governments and regulators. If we had a popular nonpartisan government that put the public interest above the Corporatocracy, we could do remarkable things as a nation. Congress could even follow Lincoln in exercising its constitutional right to mint some very large coins, perhaps $1 trillion each, buy a controlling interest in some major corporations (Amazon? The New York Times? Some pharmaceutical or energy or telecommunications giants?), and distribute the dividends to the people. The public acting together is Goliath. E pluribus unum: strength in unity.

Ellen Brown is a member of the TRANSCEND Network for Peace Development Environment, an attorney, founder/chairperson of the Public Banking Institute, and author of thirteen books including Web of Debt, The Public Bank Solution, and Banking on the People: Democratizing Money in the Digital Age. Her 300+ blog articles are at ellenbrown.com