Myanmar’s Once Nationalist Military Has Just Lost the Nation

Whatever the outcome of the violent confrontation between civil society and the military will be, one thing is certain: the Burmese military has lost the nation irretrievably. 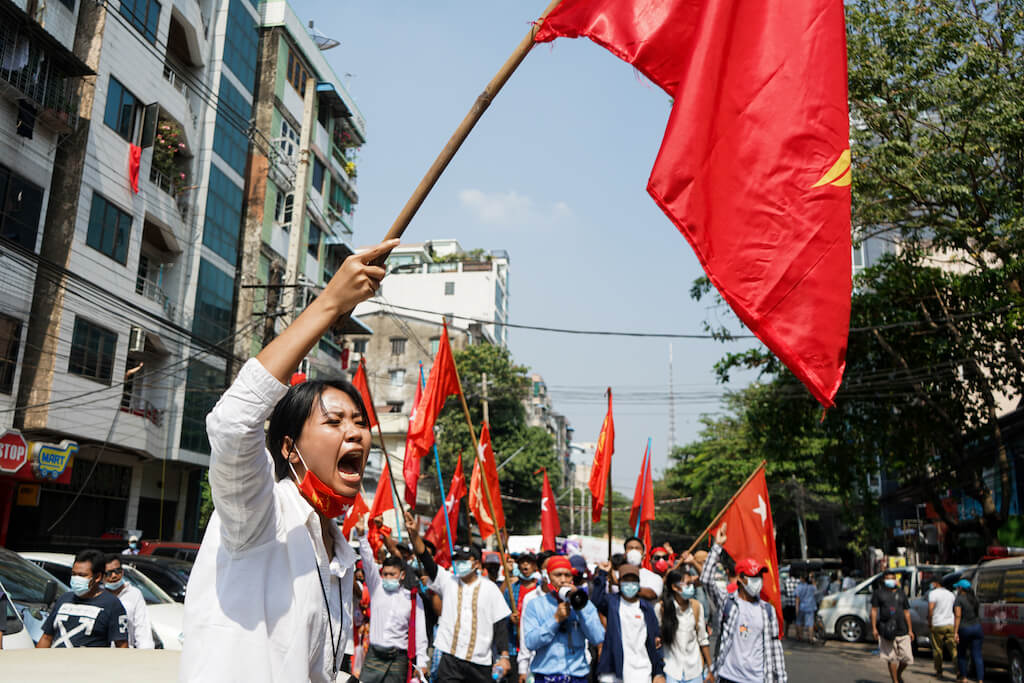 Thousands of people march toward Sule, protested against military junta in Yangon, Myanmar on February 7, 2021. Photo by Stringer via Anadolu Images

15 Mar 2021 – National armed forces typically do not use snipers, heavily armed infantry divisions, and fighter-bombers to quell all unarmed peaceful protests – and during peace time. But Myanmar’s Tatmadaw, or the defense services, do.

Consequently, as evidenced in the thousands of social media comments, the overwhelming majority of public opinion in Myanmar has irreversibly turned against the armed forces. The multiethnic public views the Tatmadaw as a ruthless occupying force at best – and a downright terrorist mafia at worst.

For the country’s non-Burmese ethnic nationalities or national minorities such as the Karen, Kachin, Shan, Chin, Mon, Rakhine, Rohingya, and so on, the Tatmadaw – primarily commanded by majoritarian Burmese and exclusively by Buddhists – has been an alien colonial occupier.

If these communities in distress self-organize armed resistance, the Tatmadaw typically resorts to a variation of the old British era “pacification” military campaigns. It has burned entire ethnic minority villages, forcibly relocated villagers into controllable areas, or simply violently deported them across the borders into neighboring Thailand, India, or China. 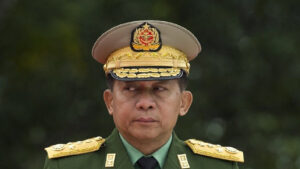 To date, Myanmar under the military’s dominance is home to possibly the longest low-intensity civil war in the world, which ensued after World War II ended. There are about two dozen ethnic armed organizations, with varying troops all across the border regions, which are the ancestral homelands of myriad of ethnic minorities. The Tatmadaw’s war crimes and crimes against humanity are well-documented, and include rape as a weapon of communal subjugation, forced labor, summary execution, torture, murder, and so on.

Read: Why Some Genocides Are More Equal Than Others

In Myanmar’s western region of Rakhine that is adjacent to Bangladesh, the army has been engaged in systematic and sustained campaigns of terror against the Rohingya ethnic minority for the last 40 years. One of the major reasons the United Nations General Assembly established the mandate of the UN Special Rapporteur on the situation of human rights in Myanmar as early as 1993 was the credible news reports of crimes against humanity against this Muslim minority.

In 2016 and 2017, the Burmese army waged the largest genocidal attacks on this unarmed, destitute, and vulnerable Muslim population of roughly two million. The attacks made the international community stand up and pay attention to the situation.

According to the report of the UN International Independent Fact-Finding Mission on Myanmar, in the span of 10 months, the army destroyed about 39,000 homes, mosques, schools, rice warehouses, and businesses while killing an estimated 10,000 Rohingyas of all ages and mass-raping women. The two campaigns of genocidal terror triggered the survival flight of a total of 840,000 survivors into neighboring Bangladesh.

This large-scale systematic destruction of Rohingyas as a minority community and the crimes of deportation en masse have resulted in two major judicial and investigative processes. The International Court of Justice (ICJ) in The Hague has a pending genocide case after Gambia launched a legal challenge against Myanmar, as a state party to the Convention on the Prevention and Punishment of the Crime of Genocide, on violating its treaty obligations to prevent genocide and punish perpetrators under the terms of the Genocide Convention.

Meanwhile, in the same city, the International Criminal Court (ICC) has launched a full investigation into Myanmar’s crimes of deportation and other grave international crimes that have led to the exodus of nearly one million Rohingyas from their ancestral land of Western Myanmar into Bangladesh. In both court cases, Myanmar’s Tatmadaw is the main instrument of the international crimes and the Burmese commanders are the principal architects behind the crimes.

Although possibly not widely and severely despised among the majoritarian Burmese society, in segments of the population the army (Tatmadaw) is deeply despised  for its bloody crackdown of chronic political unrests, particularly by politically conscious university students, socially engaged Buddhist monks, labor rights activists, and farmers for their vocal criticism and opposition to half a century of military control and dominance over society, political affairs, and the national economy. 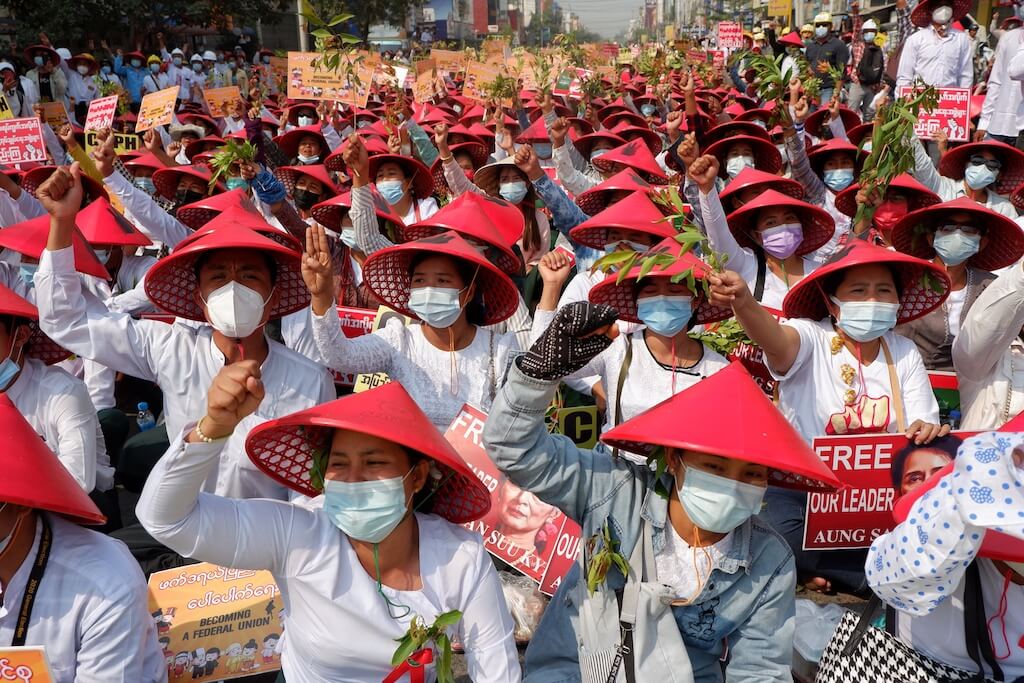 People gather to protest against the military coup in Mandalay, Myanmar on February 28, 2021. Photo by Stringer via Anadolu Images

The Burmese army has built expansive prison complexes and interrogation or torture centers all across the country where human rights activists, journalists, pro-democracy dissidents, and all types of regime critics are forced to confess to crimes they did not commit.

The Burmese military leaders have long discarded the pledge of the founder of the Myanmar Armed Forces Aung San to build a democratic federated union of multiethnic nations.

Since the commercial opening which followed the collapse of the one-party military dictatorship of General Ne Win with its economically ruinous socialist economy, the military in Myanmar has become the most dominant economic player. The generals, their families, and cronies have raked in their ill-gotten gains to the tunes of billions of dollars while the public at large remained pauperized. Roughly five million working-age Burmese of all backgrounds have left the country as migrant workers for greener pastures across Southeast Asia’s middle-income countries such as Thailand, Malaysia, and Singapore.

This banner reads: We (the Majoritarian Burmese) offer all ethnic nationalities, from Kachin to Rohingyas, our deepest apologies (for our indifference).

Politically, the Burmese military leaders have long discarded the pledge of the founder of the Myanmar Armed Forces Aung San to build a democratic federated union of multiethnic nations who join voluntarily along the principle of ethnic group equality and the right to self-determination. Successive generations of military leaders since the first coup of 1958 have typically been scornful of liberal democratic principles. They view the federal, power-sharing arrangement as a formula for Balkanization.

Against the founding principles extensively worked out and articulated well by Aung San, who is widely viewed as the primary architect of the country’s independence from Britain, the top military commanders, who have had a disproportionate share of power and influence over this nationalist institution, have built a radically different version of the armed forces. 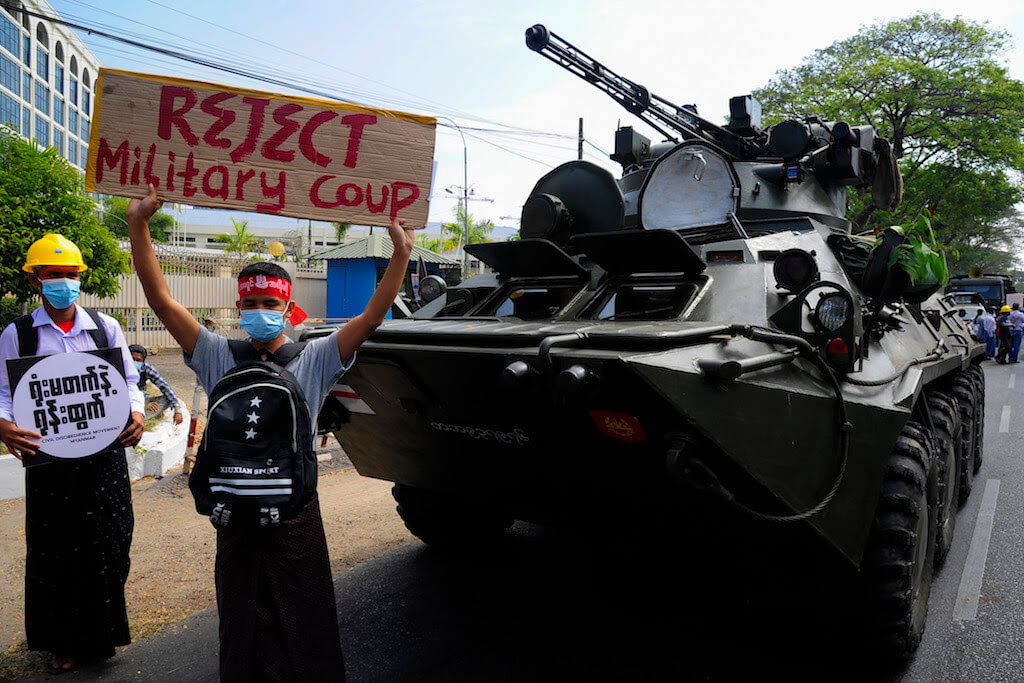 The new incarnation of the Tatmadaw sees itself as the only cohesive national organization capable of keeping the fractious multiethnic country together. The military officer corps sees itself as ideologically “pure”- as a nationalist and selfless body of competent men vis-à-vis bickering, incompetent politicians and unruly activists.

Half a century of total control over society, politics, and the economy is long enough for this ruling and/or dominant institution to forge itself as a distinct social class, with its class, economic, and political interests. Typically, in military-controlled polities, the military is referred to as a state within the state. In the Burmese case, the military has become a separate society within the society at large. 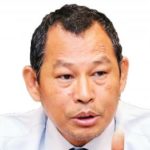