24 Feb 2021 – One thing Americans fail to understand is that wars and military interventions against other countries have profound effects that can last for many decades.

The effects do not simply end with the signing of a peace treaty or the withdrawal of troops. There may be no better example of this than the case of US intervention in Guatemala beginning almost 70 years ago.

As many know, the US overthrew the democratic government of Guatemalan President Jacobo Arbenz in 1954. The US did so at the behest of the United Fruit Company (now Chiquita Brands International), which opposed Arbenz’s progressive land reform program. Instead of Guatemala’s civilian government, the US installed a series of military dictatorships which ruled Guatemala until the end of the mid-1990s. The military regimes, confronted by a home-grown insurgency, ruled Guatemala through terror and mass murder, mostly directed at the civilian population.

At least 200,000 Guatemalan civilians, mostly Ixil Mayan Indians, were killed in what is now universally recognized as a genocide carried out by the state. As the Center for Justice and Accountability explains, “the Ixil Maya faced extreme torture, mutilation, sexual violence, and violence against their children.” And the military regimes carried out their war against the Guatemalan people with significant US assistance, particularly during the Reagan years of the 1980s.

Also on rt.com US sanctions on Venezuela have failed to achieve anything but needless death and misery. Against all reason, they are set to stay 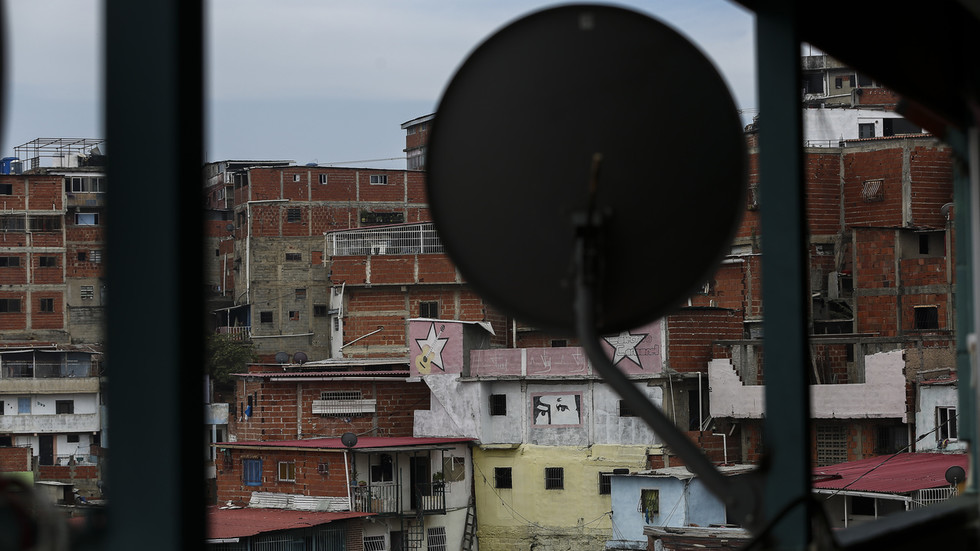 FILE PHOTO: An antenna is located on a terrace after the US television satellite operator DirectTV announced its withdrawal from Venezuela
© Getty Images / Pedro Rances Mattey / picture alliance

What we know about the US’ role in Guatemala’s genocidal war we have learned largely through the efforts of Sister Dianna Ortiz – an American nun who died of cancer last week at the age of 62. Sister Ortiz herself was a victim of the conflict in Guatemala.

Thus, in 1989, while serving as a missionary in Guatemala where she taught Mayan children, Sister Ortiz was abducted by Guatemalan armed forces and tortured over a 24-hour period. As the New York Times related in its obituary of her:

“Sister Ortiz’s 24-hour ordeal, initially labeled a hoax by American and Guatemalan officials, included multiple gang rapes. Her back was pockmarked with more than 100 cigarette burns. At one point she was suspended by her wrists over an open pit packed with the bodies of men, women and children, some of them decapitated, some of them still alive. At another point she was forced to stab to death a woman who was also being held captive. Her abductors took pictures and videotaped the act to use against her.”

As the Times also explains, Sister Ortiz later related that an American was present during her captivity and torture and that he appeared to be in charge.

After years of intense therapy to help her cope with the suffering she endured in Guatemala, Sister Ortiz took on the crusade of seeking the release of classified documents detailing US involvement with the Guatemalan military regimes. We now know from these documents that the US played a huge role in Guatemala’s civil war. According to the Times, the “declassified documents showed that Guatemalan forces that committed acts of genocide during the civil war had been equipped and trained by the United States,” and that the CIA and US military intelligence were “‘working hand in glove with the Guatemala military intelligence units’” that carried out crimes such as those carried out against Sister Ortiz.

Sister Ortiz never overcame the trauma which resulted from her rape and torture in Guatemala, and neither has Guatemala overcome the trauma inflicted upon it by the US-backed military juntas.

Indeed, the type of abuse suffered by Sister Ortiz continues to be carried out against the civilian population of Guatemala, and this should come as no surprise as military and police forces trained in brutal tactics over decades do not reform themselves overnight, if they ever reform themselves at all. Just as the Guatemalan government terrorized the population during the Civil War years in order to cow the population into submission, it is doing the very same now, and its current target is young children.

“in Guatemala, a strategy of terror is being carried out on the bodies of girls, boys, and adolescents. The country is passing through one of its darkest periods in its recent history … The current scenario seems to have been planned in detail in order to erase even the most minimal effort of any citizen opposition … The kidnappings, disappearances, rapes and killings of children have reached the level of terrorism” – terrorism sponsored by the Guatemalan state.

In short, the terror unleashed by the US in Guatemala decades ago and then cultivated and supported by the US for many years thereafter has not abated. It continues to haunt that poor Central American country in terrible ways. And, instead of trying to make amends for its crimes and to undo some of the damage it has wrought, the main obsession of the powers-that-be in the US is to find ways to keep Guatemalan migrants – and migrants from neighboring countries such as Honduras and El Salvador, which also have been terrorized by US counterinsurgency programs – from finding safe haven in the United States.

Also on rt.com America, it’s 10pm. Do you know where your country is bombing?

This is the height of cruelty and immorality. The US cannot wall itself off from the terror it has unleashed on countries like Guatemala. It must take ownership of this terror and provide assistance and comfort to those who suffer from it.

And the US, with the realization that its military interventions and regime change operations have such long-lasting adverse effects on entire nations, must change course and relent from such actions. That is the lesson we must take away from the lives of people like Sister Ortiz, who spent her life trying to shed light on the cruelty of US foreign policy, and who also tried to help those victimized by it. We are all called to live such a life.

Daniel Kovalik teaches International Human Rights at the University of Pittsburgh School of Law, and is author of the recently-released, No More War: How the West Violates International Law by Using “Humanitarian” Intervention to Advance Economic and Strategic Interests.