“Regime” and “CCP”: Propaganda Tools for Dissociating a Targeted Nation from Its Government 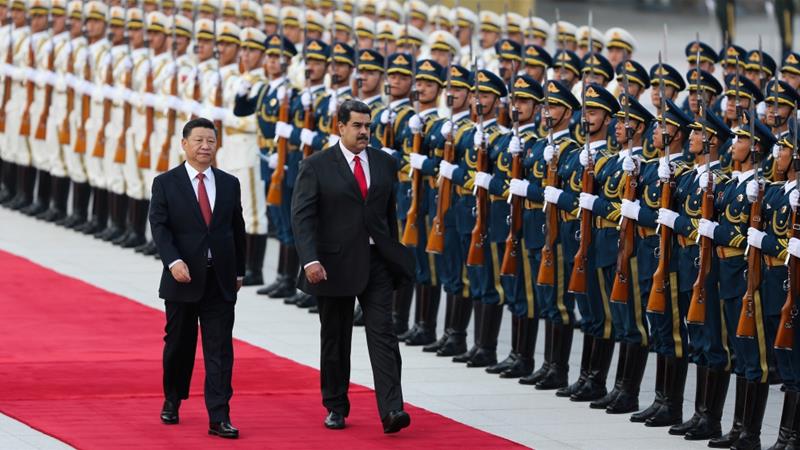 9 Apr 2021 – Have you ever seen a mainstream news report containing the phrase “the French regime”? How about  “the British regime” or “the Australian regime”?

If these phrases look a bit odd, it’s because you’ve never seen them written down before. Ostensibly the word simply means “a form of government” or “a government in power”, but it’s generally understood that it’s got a kind of negative connotation to it just because of the way it tends to be used. In theory its meaning is closer to “a bad or authoritarian government”, and in practice by the western media it means “a government which disobeys the dictates of Washington”.

Just look at some recent examples of the way that word has been used in headlines by the mass media:

“Amb. Michael McFaul: Putin’s treatment of Navalny proves ‘this is a regime that is in decay’“ by MSNBC on April 8.

“America Will Only Win When China’s Regime Fails” by Foreign Policy on March 11.

“At a Hotel in Caracas, Oil Executives Weigh a Return to Venezuela–Promises of more autonomy to tap the world’s biggest crude reserves are drawing the oil industry to meetings with the Nicolas Maduro regime” by Bloomberg on March 19.

A ‘Regime’ Is a Government at Odds With the US Empire https://t.co/4hlCM9VGaL pic.twitter.com/DE0ubiquB8

As Gregory Shupak documented in a 2018 Fair.org article titled, A ‘Regime’ Is a Government at Odds With the US Empire, this label is seldom affixed to US allies–even US allies with extremely oppressive governments like Saudi Arabia–while it is used constantly on empire-targeted governments like Venezuela and Syria. Shupak notes that we even see this label abandoned after a targeted government is toppled, with nations like Iraq and Honduras magically transforming from “regimes” to “governments” after they are successfully absorbed into the imperial blob.

The immense disparity between the frequency with which this label is applied to member states of the US-centralized power alliance compared to how often it’s applied to governments which have resisted absorption into that alliance is one of the most blatant ways in which the mainstream western news media outlets help facilitate US empire building. This is because mainstream western news media outlets are propaganda. They exist to advance the agendas of the imperialist plutocratic class which controls them.

When the empire wants to topple a government, their first step is to psychologically uncouple it from the nation and its people in the eyes of the western world by consistently using labels that make it look like an alien, occupying force. It’s not Syria’s government, everybody! It’s the Assad Regime™️!

Oh no! A Regime?? How did that Regime get in where Syria’s government ought to be?? Watch out Syrians, you’ve got a Regime on your back! Don’t worry, we’ll come and rescue you from it!

Do you see how it works? If you can make a nation’s government look like an illegitimate invading force instead of the governing body which arose from that nation’s internal dynamics, you legitimize any attempt to “defend” that nation from that force. Up to and including staging coups, arming oppositional militias, airstrikes, sanctions, or full-scale ground invasions.

What We're Really Seeing With All These Anti-China Narratives

"Why are we being told that China is dangerous over and over again day in and day out all of a sudden, while, for example, Israel's constant bombing of Syria gets nary a mention?"https://t.co/jUSdFzBhJd

You see this same tactic in the way anti-China spinmeisters have been training their credulous audiences to use the term “CCP” for China’s government; it’s an alien-sounding label most people won’t have grown up hearing, so it helps mentally dissociate the government from the nation and its people in the public eye. This despite the fact that the Chinese people overwhelmingly approve of their government. They even deliberately use a weird abbreviation for the party’s official English name, the Communist Party of China (CPC).

This is why you constantly hear indoctrinated automatons bleating the mantra “I don’t oppose the Chinese people, I oppose the CCP!” They’ve been trained to help spin China’s government as an illegitimate force which is occupying China against the will of its people, thereby creating the perception of legitimacy for anything that will be done in the future to target that government. Of course it can be helpful in certain instances to create such distinctions, but this mantra isn’t being mindlessly bleated ad nauseum for helpful reasons. It’s to help grease the wheels of the slow-motion third world war the US-centralized power alliance is waging upon the remaining unabsorbed nations.

Whoever controls the narrative controls the world. The agendas to secure this control and shape those narratives look different, but their purpose is always the same: to facilitate the agendas of a ruling class of sociopaths who operate the most deadly and destructive power structure of the face of the earth.

One Response to ““Regime” and “CCP”: Propaganda Tools for Dissociating a Targeted Nation from Its Government”