The Soul-Expanding Value of Difficulty: Rilke on How Great Sadnesses Transform Us and Bring Us Closer to Ourselves 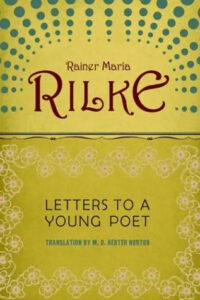 “That is at bottom the only courage that is demanded of us: to have courage for the most strange, the most singular and the most inexplicable that we may encounter.”

Letters to a Young Poet (public library) by Rainer Maria Rilke (December 4, 1875–December 29, 1926) is among those very few texts — alongside Thoreau’s journal, Anne Lamott’s Bird by Bird, and Annie Dillard’s Pilgrim at Tinker Creek — that I read the way one reads scripture. In the century since its publication, Rilke’s reflections have proven timeless and timely, over and over, in countless human lives — a wealth of enduring ideas on how to live the questions and what it really means to love.

Perhaps his most piercing insight and sagest advice — not only for the recipient, the 19-year-old cadet and budding poet Franz Xaver Kappus, but for every human being with a beating heart and a restless mind — comes from a letter penned on August 12, 1904.

Long before modern psychologists extolled the creative benefits of melancholy, Rilke explores the value of sadness as a clarifying force for our own interior lives. He turns his illuminating gaze to the vast swaths of life we spend completely opaque to ourselves, and writes:

You have had many and great sadnesses, which passed. And you say that even this passing was hard for you and put you out of sorts. But, please, consider whether these great sadnesses have not rather gone right through the center of yourself? Whether much in you has not altered, whether you have not somewhere, at some point of your being, undergone a change while you were sad? … Were it possible for us to see further than our knowledge reaches, and yet a little way beyond the outworks of our divining, perhaps we would endure our sadnesses with greater confidence than our joys. For they are the moments when something new has entered into us, something unknown; our feelings grow mute in shy perplexity, everything in us withdraws, a stillness comes, and the new, which no one knows, stands in the midst of it and is silent.

Almost all our sadnesses are moments of tension that we find paralyzing because we no longer hear our surprised feelings living. Because we are alone with the alien thing that has entered into our self; because everything intimate and accustomed is for an instant taken away; because we stand in the middle of a transition where we cannot remain standing. For this reason the sadness too passes: the new thing in us, the added thing, has entered into our heart, has gone into its inmost chamber and is not even there any more, — is already in our blood. And we do not learn what it was. We could easily be made to believe that nothing has happened, and yet we have changed, as a house changes into which a guest has entered. 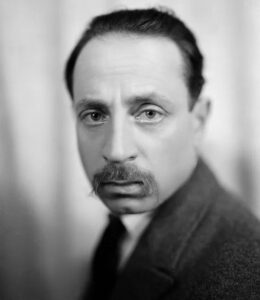 Many decades before psychoanalyst Adam Phillips championed the importance of “fertile solitude,” Rilke argues that only by cultivating that basic capacity to be alone with our own experience are we able to notice those otherwise imperceptible yet utterly transformative shifts in the heart:

We cannot say who has come, perhaps we shall never know, but many signs indicate that the future enters into us in this way in order to transform itself in us long before it happens. And this is why it is so important to be lonely and attentive when one is sad: because the apparently uneventful and stark moment at which our future sets foot in us is so much closer to life than that other noisy and fortuitous point of time at which it happens to us as if from outside.

His words vibrate with double poignancy a century later, amid a culture where to be uncertain is the greatest sin of all — never mind that uncertainty is the crucible of self-transcendence; a culture that has commodified the cultivation of happiness and industrialized the eradication of sadness:

The more still, more patient and more open we are when we are sad, so much the deeper and so much the more unswervingly does the new go into us, so much the better do we make it ours, so much the more will it be our destiny, and when on some later day it “happens” (that is, steps forth out of us to others), we shall feel in our inmost selves akin and near to it. And that is necessary. It is necessary — and toward this our development will move gradually — that nothing strange should befall us, but only that which has long belonged to us.

But most enlivening of all is the readiness with which Rilke acknowledges the vital relationship between knowledge and mystery. On the cusp of the twentieth-century physics revolution, mere months before Einstein completed his graduate thesis, Rilke draws an elegant parallel between how we get to know the world and how we get to know ourselves:

We have already had to rethink so many of our concepts of motion, we will also gradually learn to realize that that which we call destiny goes forth from within people, not from without into them. Only because so many have not absorbed their destinies and transmuted them within themselves while they were living in them, have they not recognized what has gone forth out of them; it was so strange to them that, in their bewildered fright, they thought it must only just then have entered into them, for they swear never before to have found anything like it in themselves. As people were long mistaken about the motion of the sun, so they are even yet mistaken about the motion of that which is to come. The future stands firm … but we move in infinite space.

We must assume our existence as broadly as we in any way can; everything, even the unheard-of, must be possible in it. That is at bottom the only courage that is demanded of us: to have courage for the most strange, the most singular and the most inexplicable that we may encounter.

Sadnesses, Rilke argues, are just part of the strangeness in which we must make ourselves at home in order to have a full life:

If only we arrange our life according to that principle which counsels us that we must always hold to the difficult, then that which now still seems to us the most alien will become what we most trust and find most faithful. How should we be able to forget those ancient myths that are at the beginning of all peoples, the myths about dragons that at the last moment turn into princesses; perhaps all the dragons of our lives are princesses who are only waiting to see us once beautiful and brave. Perhaps everything terrible is in its deepest being something helpless that wants help from us.

So you must not be frightened … if a sadness rises up before you larger than any you have ever seen; if a restiveness, like light and cloud-shadows, passes over your hands and over all you do. You must think that something is happening with you, that life has not forgotten you, that it holds you in its hand; it will not let you fall. Why do you want to shut out of your life any agitation, any pain, any melancholy, since you really do not know what these states are working upon you?

Letters to a Young Poet, it bears saying over and over, is an absolutely indispensable read. Complement it with Rilke on how befriending our mortality can help us live more fully, the relationship between body and soul, and the resilience of the human spirit.