Cybersecurity comes down to which side has access to more information about the other and can utilize it best. 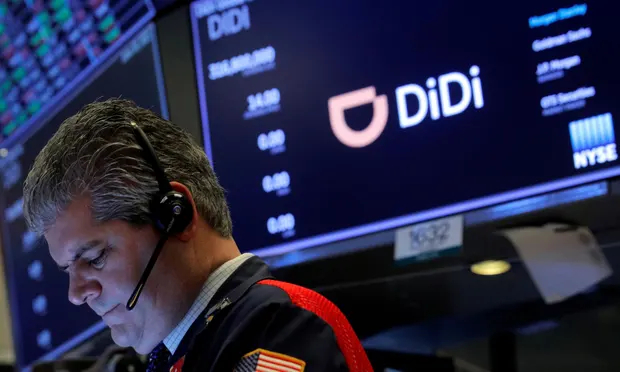 10 Jul 2021 – This week, shares in China’s giant ride-hailing app Didi crashed by more than 20%. A few days before, Didi had raised $4.4bn in a massive IPO in New York – the biggest initial public offering by a Chinese company since Alibaba’s debut in 2014.

The proximate cause of Didi’s crash was an announcement by China’s Cyberspace Administration that it suspected Didi of illegally collecting and using personal information. Pending an investigation, it had ordered Didi to stop registering new users and removed Didi’s app from China’s app stores.

China’s state-owned Global Times noted in an editorial Monday that Didi has the “most detailed personal travel information” of users among all large technology firms, and that the company posed a potential risk for individuals because it could conduct big data analysis of users’ habits and behavior.

But since when does Beijing worry about the privacy of Chinese citizens? China’s government does everything in its power to spy on them.

More likely, the massive IPO in New York sparked anxiety in Beijing that the United States might gain access to huge amounts of personal information about where Chinese people live, work and travel – data that might threaten China’s national security.

The emerging cold war between Beijing and Washington is less about traditional arms than about data – gathering, aggregating, analyzing and making maximum use of it to outmaneuver the other side. Cybersecurity comes down to which side has access to more information about the other and can use it best.

This week China also announced it would increase regulation of overseas-listed tech companies, monitoring what kind of information they send and receive across the nation’s borders. The official rationale: ensuring Chinese customers are safe from cybercrime and leaks of personal information. The probable reason: national security.

Politicians in Washington are almost as nervous as politicians in Beijing about outflows of information to the other side.

Senator Marco Rubio told the Financial Times it was “reckless and irresponsible” for the New York stock exchange to allow Didi to sell shares. His avowed concern? Protecting retired Americans.

“Even if the stock rebounds, American investors still have no insight into the company’s financial strength because the Chinese Communist party block US regulators from reviewing the books,” huffed Rubio. “That puts the investments of American retirees at risk and funnels desperately needed US dollars into Beijing.”

Please. If Rubio and other US lawmakers were genuinely intent on protecting American investors, Rubio and his colleagues would try to restrict how much American savings flow into China through US pension funds, mutual funds and exchange-traded funds.

Yet Chinese companies now constitute the largest share of major emerging market indexes guiding where American savings move around the globe. And despite the escalating geopolitical tensions, China’s allocation has grown dramatically over the last few years. Global bond indexes have even added Chinese government bonds to their portfolios.

US portfolio investment in Chinese companies and government securities together could total more than $1tn by the end of 2021.

US lawmakers’ real concern about Didi and other big Chinese high-tech firms gaining financial footholds in the US is that they might collect boatloads of data about the US, and yet they’re answerable to the Chinese government – in other words, the mirror image of Beijing’s concern.

Beijing’s and Washington’s data security concerns are understandable. Yet as a practical matter, the two economies are intertwined. Officially, the Chinese economy is still state-run and communist. Unofficially, its hi-tech chieftains are as capitalist – and have grown almost as rich – as their American counterparts.

Entrepreneurs and financial wizards in both China and the United States well understand that the two nations together constitute the biggest market in the world. They’ll continue to do everything they can to make money in this giant market, regardless of the increasing techno-nationalism of their respective politicians.

Robert Reich, a former US secretary of labor, is professor of public policy at the University of California at Berkeley and the author of Saving Capitalism: For the Many, Not the Few and The Common Good. His new book, The System: Who Rigged It, How We Fix It, is out now. He is a columnist for Guardian US.