This is Aung San Suu Kyi’s lasting gift to Myanmar and her dark legacy from which society will reel for decades. 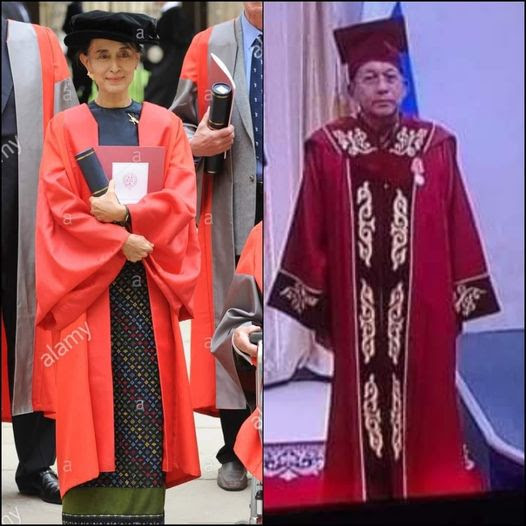 “I have absolute faith in Daw Suu. If she says jump, I will leap off a cliff!”  — The late Tin Moe, nationally acclaimed poet and educator

29 Jun 2021 – The last few days saw heated debates and name-calling in Burmese-language social media between, on the one hand, national minority activists who are completely fed up with the ethnic majoritarian colonial mentality, and on the other, political practices and the majoritarian democrats who treat Aung San Suu Kyi’s words like holy scripture.

The trigger was a well-known Suu Kyi loyalist in the cabinet of the Zoom-based parallel National Unity Government, repeating on Facebook her historically inert, politically condescending, dismissive remark on the long-standing political demands and grievances that minorities have voiced since independence.

“State-building driven by the politics of (ethnic minority) demands will only result in the country marked by conflicts and contests (of interests). Only the politics of self-sacrifice (by all groups) will lead to respective gains and national fulfillment,” wrote an influential NUG “cabinet minister,” Lwin Ko Latt.

These were the words of political wisdom infamously dispensed by the NUG’s patron Aung San Suu Kyi – then in office as Myanmar state counselor or de facto head of state – in response to the typical demands for group equality and administrative and political autonomy validly voiced by the country’s national minorities. 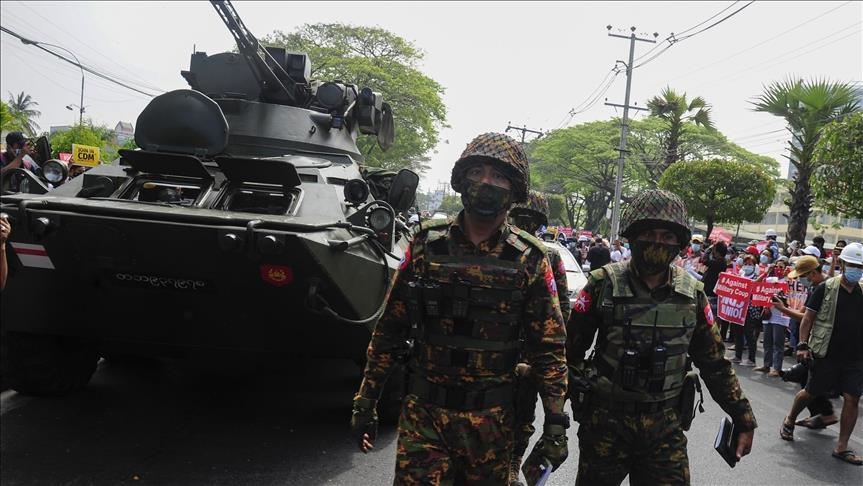 For their part, national minority leaders from Kachin, Shan, Karen, and other communities then responded firmly, and with righteous anger, along the following lines: “We minority communities of resistance have nothing more to give or sacrifice for the Union. For 70 years since independence, we have long been subjected to policies of political subjugation and ethnic repression by the central majoritarian unitary state controlled by the Bama or Myanmar majority, both generals and democrats.”

Coupled with the mass hysteria with hashtags #HappyBirthdayMotherSuu #FlowerStrike – on display in the Burmese diaspora and inside Myanmar, around Suu Kyi’s June 19 birthday, the flare-up over the Facebook post indicates a monumental obstacle to the emergence of federal democracy, the ultimate aim of the current nationwide resistance against the murderous military regime. Specifically, the Burmese majority’s continued adherence to Suu Kyi’s tried and spectacularly failed populist cultism with majoritarian colonialist features.

Three decades since Suu Kyi and the National League for Democracy’s (NLD) emergence in 1988-89 as the most formidable democratic alternative to the country’s military dictatorship, the country has been plagued by two types of political and institutional cancers, the murderous military and the ethnic majoritarian cultist NLD.

On one hand, the national armed forces, which Suu Kyi’s father founded as a key instrument of liberation against British rule under the fascist patronage of World War II Japan, have become the primary source of pain, suffering, and national destruction. 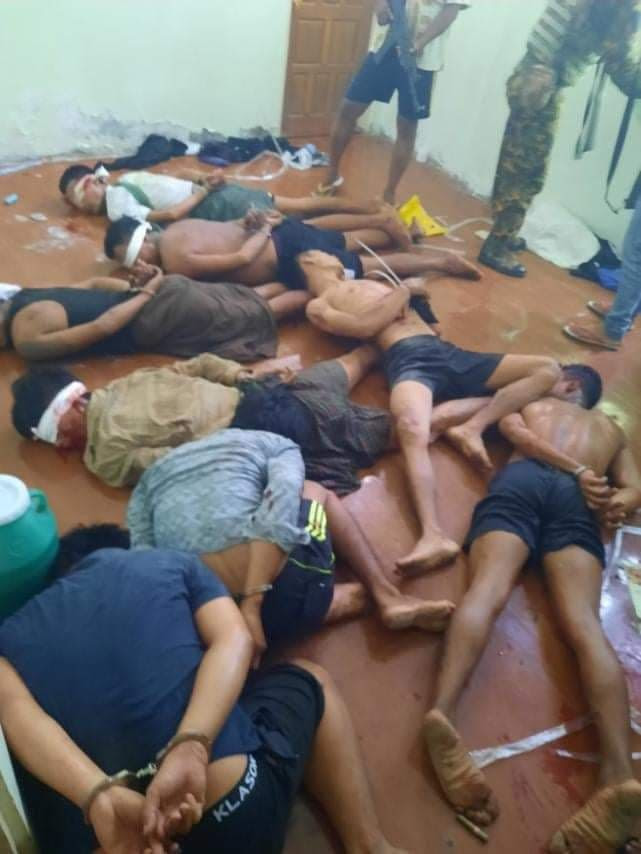 On the other, the National League for Democracy, which Suu Kyi co-founded with the two strange bedfellows – left-leaning progressive Burmese intellectuals and former anti-leftist veteran commanders who served under the late strongman Gen. Ne Win – has stymied any development of properly democratic political culture, institutional practices, or public ethos.

I have written online and published extensively on what is accurately referred to as “the common enemy” of the people, namely the Tatmadaw and successive generations of military leaders. I have condemned the military, which has misruled the country for more than a half-century with its ruinous economic, social, and ethnic policies. And as a lone voice, I blew the whistle on the military-led genocide of Rohingya, even when doing so risked one’s reputation and vilification as a “national traitor.”

As a Burmese – and a Buddhist at that – who grew up in an extended military family, I was acutely aware of the rape, torture, and burning of ethnic minority villages that troops and officers had been perpetrating against our own national minorities a few decades before 1994 when the UN established the mandate for a special rapporteur on the human rights situation in Myanmar.

I am not alone in the realization as to the mass-murderous and criminal record of our national military. Both the NUG’s patron Suu Kyi and her populist base knew of the crimes that the Burmese military was committing in minority regions.

And yet neither the millions of Suu Kyi supporters nor Suu Kyi herself has shown any appreciable indignation or opposition to the military’s grave crimes in international law – particularly against non-Bama ethnic communities.

Amid global condemnations of the Myanmar genocide and the UN’s official findings, Suu Kyi – and millions of her ethnic Bama supporters – closed ranks and stood with the perpetrators. The national slogan then was “We Stand With You” (Mother Suu), as she traveled to The Hague to serve as “the Agent of Myanmar” in The Gambia vs Myanmar genocide case at the International Court of Justice several months before the COVID-19 pandemic in the first week of December 2019.

Her unconscionable stance on Myanmar’s international crimes against Rohingya culminated in her appearing as the agent of Myanmar defending the genocide allegations at the court. Deservedly, she was roundly and universally condemned by the very media that had a huge role in the manufacturing of Suu Kyi as an inspiring global icon.

And yet the majoritarian Burmese electorate continues unabated to express their unconditional reverence for Suu Kyi – bordering on absolutist “Mother-Suu-can-do-no-wrong” devotion, in spite of the global condemnations of their leader and her well-documented absence of empathy for thousands of Rohingya rape victims, insensitive dismissal of minorities’ political grievances, and mindless demand for their “sacrifices” for the Union (of Myanmar).

This cancerous cultist trait is pervasive across rural and urban divides throughout the majority-dominated regions of Myanmar. It is widespread among both the educated or “the great unwashed,” as well as the Burmese diaspora worldwide.

Suu Kyi loyalist Lwin Ko Latt is not alone in his show of mindless devotion to the leader. Aung Myo Min, union minister for human rights in the parallel National Unity Government, himself joined in the mass hysterical act of well-wishing the genocide defender only two weeks after the Zoom-based government’s issuance of a pro-Rohingya policy, undoubtedly out of political expediency.

Millions of Burmese people in Myanmar and around the world, including those with advanced Western educations such as doctors, engineers, academics, writers, poets, etc., have over the last three decades placed blind faith in Suu Kyi’s leadership, integrity, and policies even as she has categorically failed morally, intellectually, politically, and strategically. 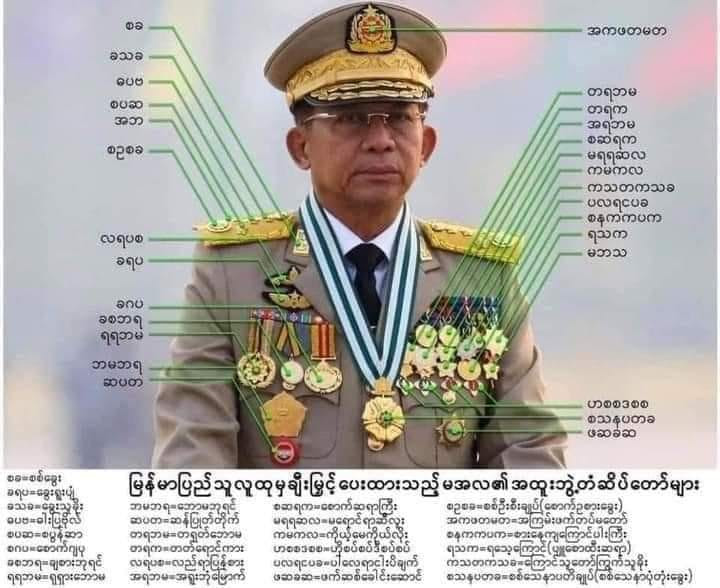 Almost 20 years ago in 2004, the nationally acclaimed US-exiled poet and ex-prisoner of conscience, the late Saya U Tin Moe, a good friend of my late parents from Mandalay, angrily lashed out at me at the Bi-Annual Burma Studies Conference at Northern Illinois University in the US city of DeKalb. As we sat down for coffee, he rebuffed my criticism of Suu Kyi for her sanctions policy orthodoxy and cultist leadership, saying: “I have absolute faith in Daw Suu. If she said jump, I will leap off a cliff!”

On June 22, in their popular podcast Now & Then, Heather Cox Richardson and Joanne Freeman noted historians from Boston University and Yale University, respectively, dissected the historical phenomenon of cult politics with a focus on QAnon in the present-day US. They also briefly touched on the rise of fascist leaders such as Hitler and Mussolini in terms of cults and governments.

The Myanmar-relevant takeaway from their deeply learned podcast discussion is a psychological symbiosis between “the disposed” who want salvation and cult leaders, who are typically believed to have the necessary answers to their problems, or salvation.

The mass hysteria around Suu Kyi’s birthday is the clearest indication of deeply entrenched cultist neo-totalitarian thoughts, mental habits, and political behavior among her populist base. Additionally – and disturbingly – the birthday hysteria only confirms how pervasively indifferent this base is to democratic ethos, international law, and normative principles of human rights.

In sharp contrast to the country’s military – which by definition is a command-totalitarian institution, like every military – a proper democratic political party, conservative or liberal or progressive, is expected to foster debate, dialogue, and deliberations within the party as well as in the political life of a nation at large.

Over the last three decades, Myanmar has been cursed by two types of neo-totalitarian institutions – the murderous military under various dictators in generals’ uniforms and the National League for Democracy party, which Suu Kyi ruled as a strong woman. Even in detention at the age of 76, and with no prospect of holding any public office or leading any party, Suu Kyi has cast a long shadow over Myanmar’s national politics.

This is Suu Kyi’s lasting gift to Myanmar and her dark legacy from which society will reel for decades.