The Battle over Critical Race Theory Heats Up: Observations and Lessons Learned 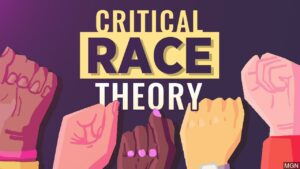 The latest ideological battle in the U.S. “culture wars” pits the right-wing opponents of Critical Race Theory (CRT) against its left-wing and liberal supporters, with the majority of Americans, who know very little about the theory, leaning for or against it according to their pre-existing biases.

Two topics need to be kept distinct: the current controversy, which involves a highly selective and distorted version of the theory publicized by its opponents, and CRT itself, which is a general, multifaceted, not always consistent approach to U.S. race relations that originally grew out of the anti-racist scholarship of the 1960s and the Critical Legal Studies (CLS) movement of the 1970s.

At this writing, 24 states have introduced legislation to ban the teaching of certain alleged elements of Critical Race Theory in their public schools, and six state legislatures have passed such laws. The critics’ underlying objection is that the theory teaches Americans to be ashamed of being American and white people to be ashamed of being white.  An example of the objections that arrived in my email a few days ago is this notice from Hillsdale College, a conservative school in Michigan whose most famous alumnus is Erik Prince, the founder of the notorious Blackwater organization that supplied the CIA in Iraq and elsewhere with mercenaries and spies. The letter, addressed to “Fellow American,” states:

“There is a growing movement to teach young Americans that our nation’s history is oppressive and shameful—that the essential fact of American history is not freedom but slavery.

“To counter this false and destructive narrative, Hillsdale College has produced a new free online course, “Civil Rights in American History,” which is now available in a special DVD box set.

“This course covers the Founders’ understanding of equality, natural rights, and civil rights; the quest for justice in America through the Civil War, during Reconstruction, and in the 20th century; and the danger posed to freedom and civil rights today by identity politics.”

The same point is made more subtly and expansively by analysts like Christopher F. Rufo of the Manhattan Institute, who complains in “The Battle over Critical Race Theory” (Wall Street Journal Opinion, 6/27/21) that,

According to Rufo, who has advised state legislatures on the language of the anti-CRT laws, it is necessary to stop public school teachers from promoting “critical race theory’s core concepts, including race essentialism, collective guilt, and racial superiority.”  In the same vein, he argues that businesses and other adult organizations must stop conducting anti-racist workshops and trainings designed to make white executives and administrators feel guilty about their racial heritage and unconscious biases.

What is the relationship of the doctrines described by such critics to the theory itself?  In some ways, Rufo’s caricature of CRT (actually, a form of ideological “essentialism”) reminds one of Nietzsche’s description of Christianity as a philosophy designed to make people ashamed of being human – but Nietzsche’s oversimplification was closer to the mark than Rufo’s.  Critical Race Theory is above all structuralist.  Its fundamental principle, which most historians and social scientists have long accepted, is that racial inequality in the United States is not just a product of anti-Black prejudice, but is rooted in the ways that American political, economic, and cultural institutions are organized and operate.

Indeed, the primary conclusion of the National Advisory Commission on Civil Disorders (Kerner Commission), established to report on the causes of the urban racial uprisings of the 1960s, was that twentieth-century America was “moving toward two societies, one black, one white – separate and unequal.”[i]  This meant that the subordination of Black people that began with chattel slavery did not end with the antislavery amendments to the U.S. Constitution or with subsequent civil rights legislation, court decisions, and changes in popular thinking about race relations.  It continued – and continues still – in the form of systemic, institutionalized inequality.

A number of related doctrines related to this basic structural approach are well summarized by Richard Delgado and Jean Stefancic in their Critical Race Theory: An Introduction, first published two decades ago (3d Ed., NYU Press, 2017).  Most CRT theorists believe that race is a social construction, not a biological fact, and that institutionalized discrimination in the U.S. defines the normal experience of most people of color.  Legal and political reforms, while welcome, do not alter the fundamental tendency of the system to bestow relative advantages on whites and disabilities on non-whites.  Even genuine advances in popular attitudes toward minority groups are undermined by the tendency to replace old negative stereotypes with new ones (e.g., the happy, ignorant “darkie” is replaced by the “welfare queen,” the violent criminal, the fraudulent voter, etc.)

Furthermore, CRT theorists generally insist that the experiences of individual members of minority groups are determined by “intersectionality”; that is, the individual’s membership not only in a racial group but also in a particular economic class, gender, sexual preference group, religious group, and so forth.  Finally, some theorists argue that people of color are uniquely qualified to speak and to tell stories about their experiences of racial oppression and attempted liberation.

Considering how many of these ideas are considered old hat by students of U.S. race relations, what has produced the sudden explosion of controversy noted earlier?  The answer, it seems clear, is rooted in the development of the Trump movement, with its appeal to white resentment, itself a product of resistance to threatening cultural changes, class-based grievances, and fears of being demographically swamped by non-white populations and voters.  Right-wing activists understand that what most enrages white people, particularly in conservative and rural states, is the accusation that their history and culture have been irredeemably polluted by racial violence and oppression, and that they must spend the rest of their days atoning and making recompense for these social sins.

To whites nurturing a host of grievances against a host of established authorities but clinging to traditions of religious orthodoxy and patriotic nationalism, the most infuriating idea of all is that America itself is corrupt at the core and racism a collective form of original sin.  One of the events that first drew attention to this theme was the publication in 2019 by The New York Times of the 1619 Project, a piece of long-form journalism created by Nikole Hannah-Jones to commemorate the 400th anniversary of the first importation of slaves to America.  The project, which later won a Pulitzer Prize award, drew fire at first not from conservatives but from liberal historians who believed that Hannah-Jones had overstated the extent to which the American Revolution against Great Britain was motivated by slave owners’ desire to maintain their “peculiar institution” at a time when Britain was moving toward abolition of the slave trade.  Hannah-Jones later made a number of changes in her language that mollified most of the historians, but right-wingers like Rufo smelled blood.

The underlying assumption of those who have made CRT a Trumpite cause célèbre is an either/or based on moral essentialism.  Either one’s history and culture are essentially good, sanctified by sacrifice, and representing legitimate sources of collective pride, or they are essentially evil: a collective existence polluted by the violent abuse of power, oppression of the innocent and selfish interests run amok.  As soon as structural analysts of phenomena like persistent racial inequality point out that the origins and potential cures for this sort of social problem are systemic, moral essentialists (especially if they have been previously wounded by insults to their cultural traditions) conclude that this means total condemnation of their history, social values, and ways of life.  They have little or no tolerance for systemic ambiguity – the idea that collective virtue and sin, vastly beneficial social ideas and practices and vile, degrading ideas and activities, can be sides of the same coin.

At times, I am sorry to say, this problem has been exacerbated by some analysts and activists who, under the banner of CRT, have demonstrated their own intolerance for systemic ambiguity.  To them, the fact that Thomas Jefferson was a slaveholder who had a long term illicit sexual relationship with a slave makes Jefferson’s egalitarianism (“all men are created equal”) nothing more than a shameful mockery.  Final judgment is passed on Jefferson and his liberal ilk: guilty as charged!  What analysts like Marx and Hegel understood, by contrast, is that social systems are founded on and driven by contradictions, including the contradiction between past oppression and future liberation. Thomas Jefferson betrayed his own ideals, but his dream sustained Martin Luther King.  Moral judgments are inescapable, but final judgment (as St. Paul recognized) demands a universal, timeless perspective that belongs to none of us.

To resolve the conflict between the advocates and opponents of Critical Race Theory, therefore, it seems that two steps need to be taken, one immediate and the second more long term.  Immediately, the theory needs to be restated in terms understandable to non-academics that make it clear that the point of the theory is not to condemn white people because of their race or cultural heritage or to sit in final judgment on America.  It is to demonstrate the structural sources of America’s most beneficial and most destructive ideas and practices, and the need for thoroughgoing changes in a system that generates such deep contradictions.

Over a longer time period, we must eliminate the real grievances and taboos that generate white resentment and that produce a search for scapegoats. This will involve serious changes in social policy, of course, but also a sustained effort to oppose moral essentialism as a habit of thought in ourselves and others.  This isn’t an easy task; we in the field of peacemaking are as inclined as anyone else to pass final judgment on our adversaries.  But I think that we can learn something useful from both the successes and the vicissitudes of Critical Race Theory.

Richard E. Rubenstein is a member of the TRANSCEND Network for Peace Development Environment and a professor of conflict resolution and public affairs at George Mason University’s Jimmy and Rosalyn Carter Center for Peace and Conflict Resolution. A graduate of Harvard College, Oxford University (Rhodes Scholar), and Harvard Law School, Rubenstein is the author of nine books on analyzing and resolving violent social conflicts. His most recent book is Resolving Structural Conflicts: How Violent Systems Can Be Transformed (Routledge, 2017).  His book in progress, to be published in fall 2020, is Post-Corona Conflicts: New Sources of Struggle and Opportunities for Peace.

Anticopyright: Editorials and articles originated on TMS may be freely reprinted, disseminated, translated and used as background material, provided an acknowledgement and link to the source, TMS: The Battle over Critical Race Theory Heats Up: Observations and Lessons Learned, is included. Thank you.