Slavoj Žižek: The True Enemy for Islamists Is Not the West’s Neocolonialism or Military Aggression, but Our ‘Immoral’ Culture 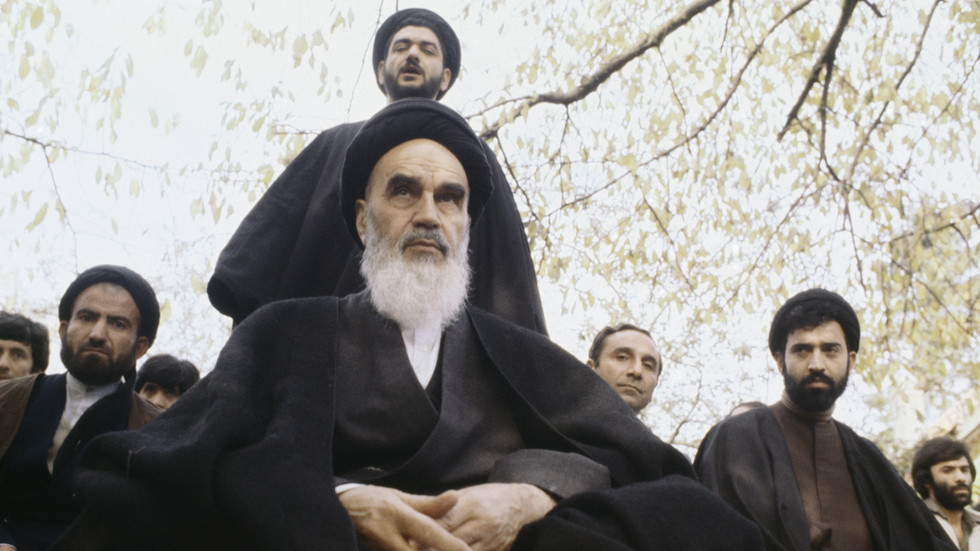 A couple of days ago, Hamad International Airport in Qatar was proclaimed the best in the world, winning over Changi Airport in Singapore. But reports on the luxury amenities available at Hamad were totally overshadowed by what is going on at the Kabul airport: Thousands desperately trying to leave the country, individuals hanging onto planes taking off and falling from them after take-off… as if we are witnessing the latest tragic example of the ironic supplement to the old anti-colonialist motto: ‘Yankee go home!’ – ‘Yankee go home… and take me with you!’

The true enigma is in what must have been a surprise for the Taliban itself – how quickly the Afghan army’s resistance melted away. If thousands are now desperately trying to catch a flight out of the country and are ready to risk their life to escape, why didn’t they FIGHT against the Taliban? Why do they prefer dropping to their death from the sky, to death in battle? The easy answer to this is that those who crowd the Kabul airport are the corrupted minority of the American collaborators… However, what about the thousands of women who stay at home frightened? Are they also collaborators?

The fact is that the US occupation of Afghanistan gradually created some kind of secular civil society, with many women educated, employed, and aware of their rights, and also with an important independent intellectual life. When Goran Therborn visited Kabul and Herat a couple of years ago to give a talk on Western Marxism, hundreds of people turned up, to the surprise of the organizers. Yes, the Taliban are now stronger than ever, stronger than they were 20 years ago when Western powers came to Afghanistan to liberate the country from them, which clearly demonstrates the futility of the entire operation, but should we for that reason ignore the (partially, at least, unintended) progressive consequences of their intervention?

Slavoj Zizek: The real reason why the Taliban has retaken Afghanistan so quickly, which Western liberal media avoids mentioning

Yanis Varoufakis touched on this difficult point in a recent tweet: “On the day liberal-neocon imperialism was defeated once and for all, DiEM25’s thoughts are with the women of Afghanistan. Our solidarity probably means little to them but it is what we can offer – for the time being. Hang in there sisters!”

How are we to read the two parts of his tweet, i.e., why the defeat of liberal imperialism coming with the regression of women’s (and other) rights? Do we (those who count ourselves as the global Left opponents of neocolonial imperialism) have the right to ask Afghan women to sacrifice their rights so that global liberal capitalism can suffer a big defeat? When Varoufakis was accused of subordinating women’s liberation to the anti-imperialist struggle, he tweeted back: “We predicted how neocon imperialism would strengthen Misogynist Islamic Fundamentalism (MIF). It did! How did the neocons react? By blaming MIF’s triumph on… us. Cowards as well as war criminals.”

I must say that I find this putting the blame on neocons a little bit problematic: Neocons easily find a common language with the Taliban – remember that Trump invited the Taliban to Camp David and made a pact with them which opened up the path towards the US capitulation.

Plus, there already are neocon reactions to the fall of Kabul which treat it as the ultimate defeat of the Western tradition of secular enlightenment and individualist hedonism… No, it was not neocons who boosted Islamic fundamentalism, this fundamentalism grew up in a reaction to the influence of Western liberal secularism and individualism.

Official review exposes how US reconstruction of Afghanistan was built on death, fraud and lies

Decades ago, Ayatollah Khomeini wrote: “We’re not afraid of sanctions. We’re not afraid of military invasion. What frightens us is the invasion of Western immorality.” The fact that Khomeini talked about fear, about what a Muslim should fear most in the West, should be taken literally: Muslim fundamentalists do not have any problems with the brutality of economic and military struggles, their true enemy is not the Western economic neocolonialism and military aggressiveness, but its “immoral” culture.

In many African and Asian countries, the gay movement is also perceived as an expression of the cultural impact of capitalist globalization and of its undermining of traditional social and cultural forms, so that, consequently, the struggle against gays appears as an aspect of the anti-colonial struggle.

Does the same not hold for, say, Boko Haram? For its members, the liberation of women appears as the most visible feature of the destructive cultural impact of capitalist modernization, so that Boko Haram (whose name can be roughly and descriptively translated as ‘Western education is forbidden’, specifically the education of women) can perceive and portray itself as an agent fighting the destructive impact of modernization, by way of imposing a hierarchic regulation of the relationship between the sexes.

The enigma is thus: Why do Muslims, who have undoubtedly been exposed to exploitation, domination, and other destructive and humiliating aspects of colonialism, target in their response what is (for us, at least) the best part of the Western legacy – our egalitarianism and personal freedoms, inclusive of a healthy dose of irony and a mocking of all authorities?

The obvious answer is that their target is well-chosen. What makes the liberal West so unbearable for them is not only that it practices exploitation and violent domination, but that, to add insult to injury, it presents this brutal reality in the guise of its opposite: Freedom, equality, and democracy.

Britain’s delusions that it could take on the Taliban alone are ludicrous – what are our empire-nostalgic MPs smoking?

So we have to learn again Marx’s crucial lesson: True capitalism systematically violates its own rules (‘human rights and freedoms’) – just remember that, at the beginning of the modern era which celebrates human freedoms, capitalism resuscitated slavery in its colonies… But capitalism at the same time provided standards to measure its own hypocrisy, so we should not say, ‘since human rights are a mask of exploitation, let’s drop human rights’, but: ‘Let’s take human rights more seriously than those who founded the ideology of human rights!’ This is what, from the very beginning, Socialism meant.

So what should Americans have done? Yes, they messed up the situation, but after they did that, they lost the right to just run away from the mess they created. They should have stayed and started to act differently. How? Let me just conclude with a reversal of the well-known metaphor of how, when we are throwing out the dirty water from a bathtub, we should be careful not to lose the clean and healthy baby. Racists are doing this after they realize that the Western interventions destined to spread human rights and freedoms to the poor and dirty Third World countries miserably fail: OK, so let’s throw out of the bathtub of human rights and freedoms the dirty water of Third World people who are not mature enough for secular democracy, and let’s just keep in the pure white baby…

Perhaps we should do the exact opposite: Throw out the pure white baby and be careful not to lose the dirty water of the poor and exploited in the Third World who really deserve human rights and not just our sympathy and charity.

2 Responses to “Slavoj Žižek: The True Enemy for Islamists Is Not the West’s Neocolonialism or Military Aggression, but Our ‘Immoral’ Culture”