What a Travesty! Iron Dome Subsidy

25 Sep 2021 – For the United States to pay the bill for replenishing missiles in the Israel’s Iron Dome defense system used during the Gaza attack in May is a travesty of law and justice. And for such an initiative to gain support for such a measure by a vote of 420-9 in an otherwise hopelessly divided U.S. House of Representatives should be an embarrassment rather than the occasion for restoring this questionable Special Relationship no matter how adverse its unconditional maintenance is for the wellbeing of the people of the Middle East and the strategic rationality of American foreign policy. 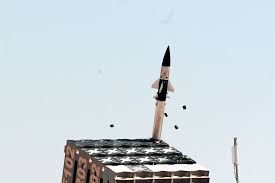 There has been much false reasoning surrounding this latest promiscuous affirmation of Israeli militarism. The Iron Dome is presented to the world as a purely defensive weapon whose only role is to save the lives of innocent civilians. If that is so, why not deploy an Iron Dome system in Gaza, as Alison Weir has observed, where it is really needed by an utterly defenceless blockaded civilian population that has endured massive civilian casualties from repeated Israeli missile attacks for many years. Anyone aware of the devastation and civilian casualties endured by the Gazan population of Gaza in May would understand that Israel would have thought twice before launching such an aggressive military operation if its population and cities would have been as exposed to retaliatory strikes as are the people of Gaza. One need not be a student of military strategy to know that offense and defense are lethally interconnected under combat conditions.

Not only is the Iron Dome misrepresented, but the underlying military attack, with the puzzling IDF code name “Guardian of the Walls,” was falsely described as a ‘defensive’ response to the ‘terrorism’ of Hamas and affiliated armed groups. Ignored by such media reporting is the Israeli inflammatory background and context. Rockets from Gaza were preceded by a series of Israeli provocations in East Jerusalem and the West Bank, including safeguarding Jewish extremist marches through Palestinian neighborhoods with such chants as ‘death to the Arabs,’ settler violence against Palestinians, and several intrusions and interferences with Muslim worship within the Al Aqsa compound during a period of religious holidays.

When the assessments of responsibility for loss of life and the true identity of perpetrators of terrorism are made, it is illuminating to compare the casualty statistics of these periodic Israeli military operations carried out against a totally vulnerable Gazan entrapped society. One of the prime guidelines of international humanitarian law is the requirement that any military use of force be proportionate in response; another prime norm is the prohibition directed at ‘collective punishment’ in Article 33 of the Fourth Geneva Convention: in Operation Cast Lead, 2008-09, 14 Israelis were killed, 1434 Palestinians; in Operation Pillar of Defense, 2012, 6 Israelis, 158 Palestinians; in Operation Protective Edge, 2014, 73 Israelis, 2100 Palestinians; in Guardian of the Walls, 2021, 12 Israelis, 256 Palestinians.

This comparison of lives lost is revealing, but even this is far from a complete portrayal of one-sidedness, as Gaza is routinely denied in the aftermath of the carnage, access to materials needed to repair the worst of the damage to people and property, quite arbitrarily for long periods, aggravating what passes for normalcy in the best of times in Gaza during intervals between massive attacks. There are frequent limited military strikes, border violence, and a host of intrusions by way of drone surveillance and sonic boom overflights.

Against such a tormented background, the US Government should at least refrain from subsidizing Israeli militarism even beyond the already disgraceful $3.8 billion per year. Besides, the moral and legal considerations, one wonders why Israel should be a recipient of such geopolitical charity when its economy is robust, having achieved one of the world’s highest per capita incomes, with cutting edge technologies, and a profitable, expanding market for its arms industry and counterterrorism training programs. Not only should the US be ashamed, but humiliated by erecting such a platform for national bipartisanship despite remaining hopelessly split on what should be apolitical imperatives: a humane border and immigration policy, adequate funding of infrastructure and social protection, keeping the electoral process open to all citizens and preserving political democracy in the face of insurrectionary violence, and devoting all available public funds to address the multiple menaces attributable to climate change.

What About Israeli Nuclear Weapons?

The strategic perspective is also relevant. Serious war dangers in the Middle East persist in large part because the West cannot deal evenhandedly with nuclear weapons. It long ago facilitated the secret acquisition, possession, and development of this weaponry by Israel and stands committed to war if necessary to thwart Iran alleged approach of the nuclear threshold. Because Washington does not dare to challenge Israel’s nuclear option, the US is forced against its interest to join Israel (and Saudi Arabia) in confronting Iran. It should be evident to any fair-minded observer that Iran has a persuasive security case for a nuclear deterrent given constant threats and violations of its sovereignty by Israeli and U.S. military provocations. It should be obvious that security, peace, and economic development would benefit all the peoples of the Middle East if a nuclear free zone were established in the region, monitored and verified internationally. At the same time, it would reduce to near zero the dangers of a regional war and the strategic inhibitions associated with keeping Israel as the only country permitted to have such weaponry with not even a pretense of accountability.

What About Israeli Apartheid?

What would be in the foreground of subsidizing a foreign military would be some reflections about its human rights record. In the case of Israel, the fact that during the past year both B’Tselem and Human Rights Watch, both respected human rights NGOs, concluded after exhaustive study that Israel was guilty of the crime of apartheid, a conclusion also affirmed in concrete detail by the fearless Israeli journalist, Gideon Levy. Apartheid is listed among the crimes against humanity in the Rome Statute, which is the treaty framework governing the operations of the International Criminal Court. Congress turns a blind eye toward the growing consensus that Israel is an apartheid state, a conclusion virtually acknowledged by its own adoption of a Basic Law in 2018 that proclaimed Israel as the state of the Jewish people with further implication of Jewish supremacy, not only in Israel but in the Occupied Palestinian Territories, that is, in the whole of historic Palestine. And through it all, the mainstream media takes bland note of this dubious reaffirmation of support for Israel with no attempt to address the dubious implications of such diplomatic lockstep.

What about the Palestinian Right of Resistance?

In view of this, at the very least the discourse on Israel/Palestine should at least acknowledge a Palestinian right of resistance operative within the limits set by international law. It is time to abandon dismissing Palestinian resistance as ‘terrorism’ and Israeli oppressive dominance as inherently ‘defensive.’

When these considerations are taken into account, we should begin to appreciate how regressive a move it was to donate $1 billion for a new supply of Iron Dome missiles at this time. We should pause to thank the Squad for standing strong, and wonder why those who in Congress stand behind the struggles of people of color of America fail to exhibit even minimal signs of solidarity with the victims of the Palestinian ordeal. 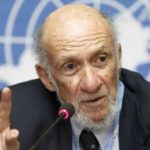