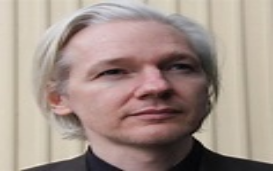 28 Sep 2021 – Justice demands that Australian journalist/publisher and WikiLeaks founder Julian Assange be freed immediately from Belmarsh maximum security prison in London where he has been confined for 2 and ½ years. All US criminal charges should be dropped. Assange is unconvicted of any crime but he is being detained in prison for publishing truthful information about US war crimes. Extradition of Assange to the US is pending before London courts. The US wants to silence Assange forever!

Recent revelations by major international media disclosed CIA plots, during Mike Pompeo’s tenure as CIA director under President Trump, to kidnap and assassinate Assange. The plot was hatched during Assange’s fifth year of sanctuary inside the Ecuadorian Embassy in London prior to his imprisonment. According to a high ranking former counter intelligence official, these discussions took place in 2017 “at the highest levels” of the Trump Administration.  See another article here.

Daniel Ellsberg, Alice Walker and Noam Chomsky wrote an opinion piece in Newsweek on 10 Sep 2021, Why Is Biden Prosecuting Assange for Telling the Truth about Afghanistan? They quote Assange:

“The goal is justice, the method is transparency,” he said. “If wars can be started by lies, peace can be started by truth.” Ellsberg and Noam Chomsky testified for Assange at his extradition hearing last year. In Ellsberg’s words then, the WikiLeaks publications that Assange is being charged for are “amongst the most important truthful revelations of hidden criminal state behavior that have been made public in U.S. history.” The American public “needed urgently to know what was being done routinely in their name…”

What the US and UK are doing to Assange for exposing the crimes of empire is criminal. A free society stands on freedom of the press, speech, and dissent. An injury to one is an injury to all. We all need to speak out for the freedom of Julian Assange. If not, we’re next!

See Much More at the Assange Defense Committee

Stop the War on WikiLeaks!